Friends Lynne and Steve stayed overnight after our lovely dinner at the Cheshire Cat in Nantwich. 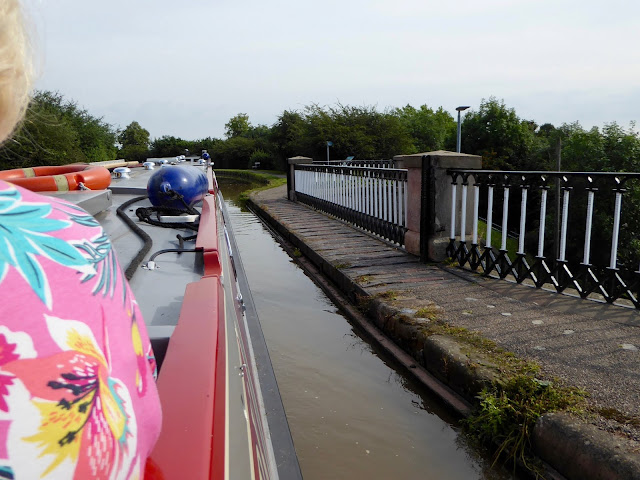 On Saturday morning (3rd August) Steve took their car to Barbridge and Lynne stayed onboard What a Lark for a short cruise. 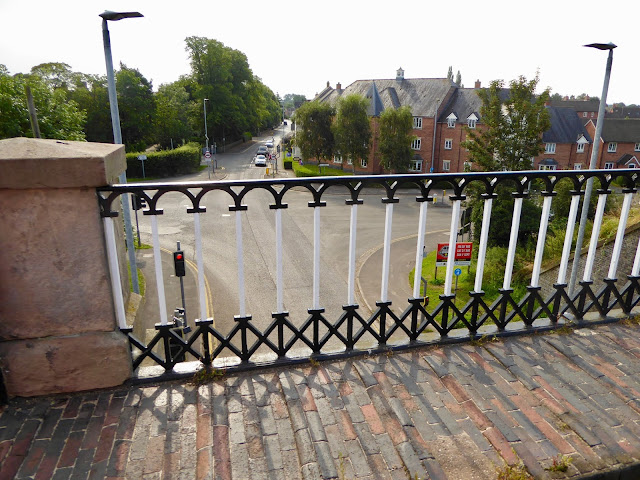 Over Nantwich Aqueduct, this time in the boat. 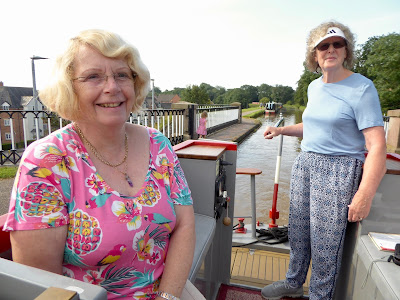 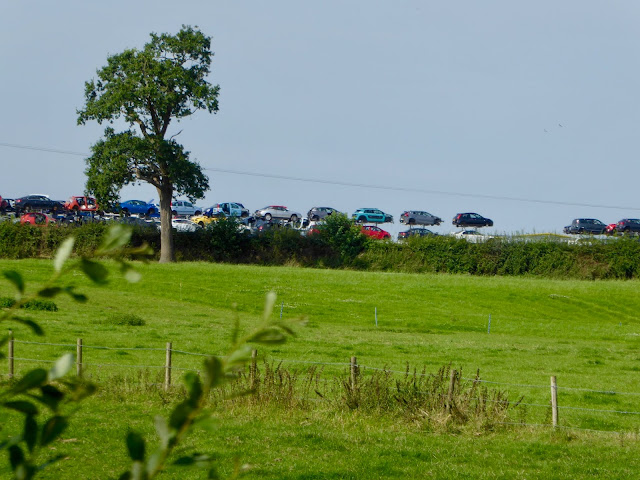 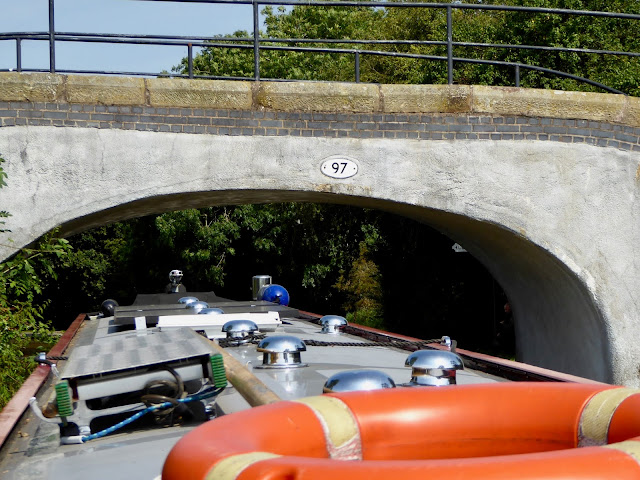 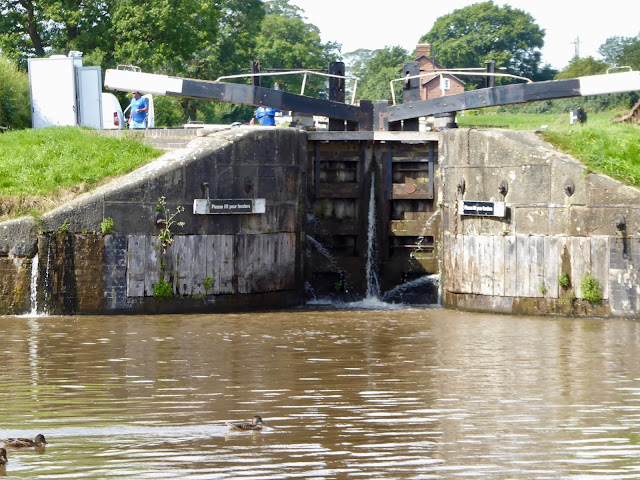 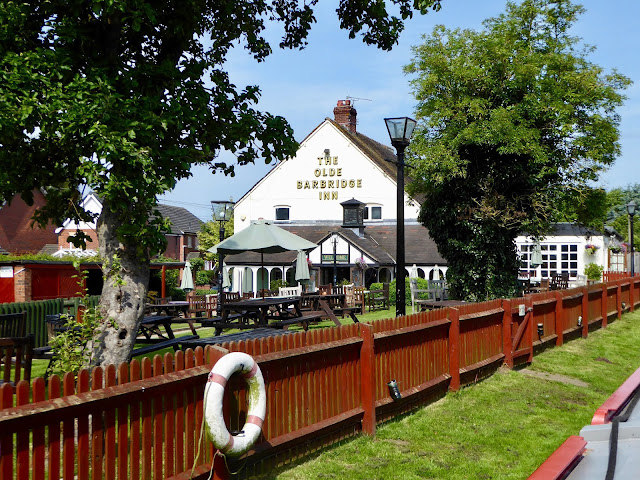 Half an hour later I pulled WaL over to moor at The Olde Barbridge Inn where we're meeting up with Steve ... 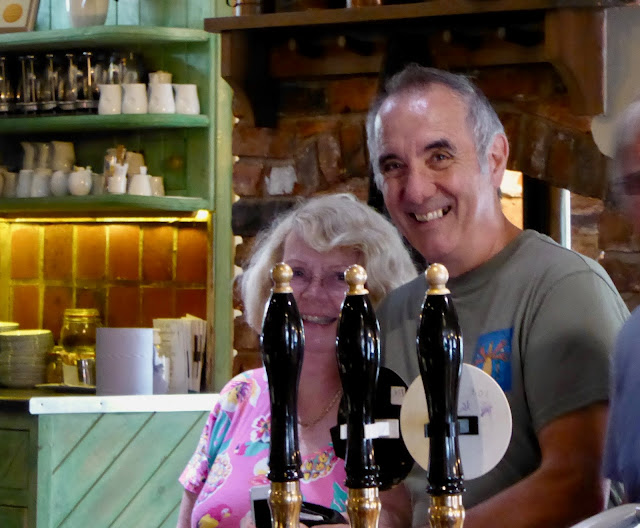 and having a drink with them before they depart for home.

It was so good to spend some quality time with these friends and hope to meet up next on the River Thames. 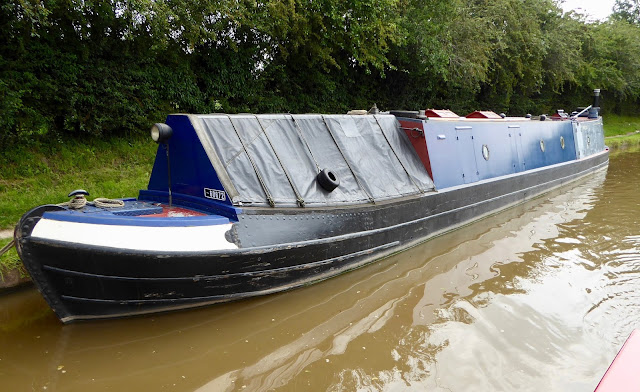 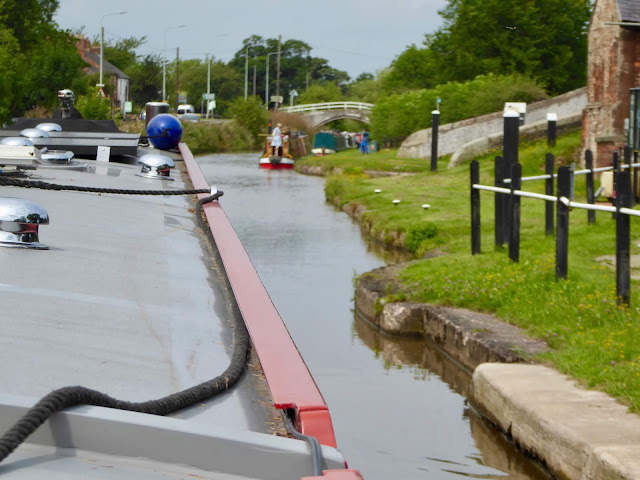 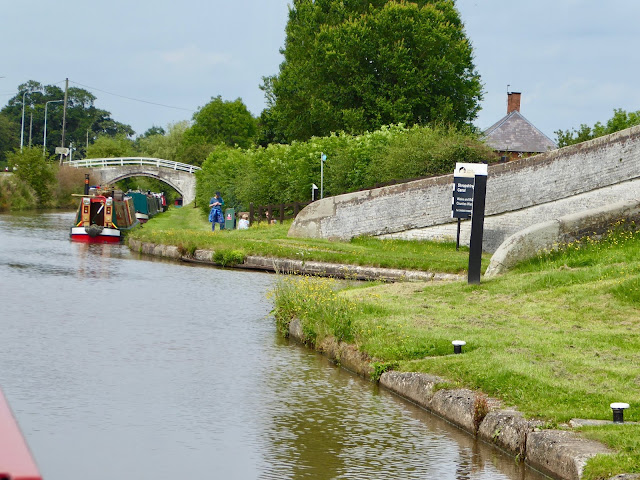 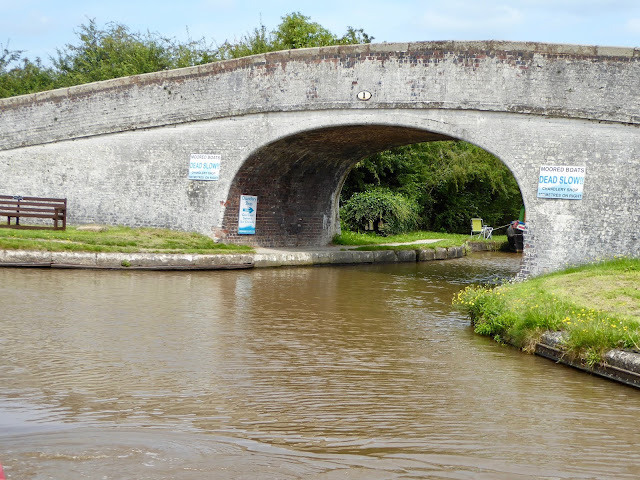 I'm afraid I didn't make a particularly good job of turning 70' What a Lark here and became a bit 'stuck' between the left-hand bank and the left-hand perimeter beside the bridge ... it may have helped if I'd used the bow thruster ... or it may have been because it's a 70' boat! Anyway, I did manage to steer WaL safely onto the Middlewich Branch of the Shropshire Union Canal! 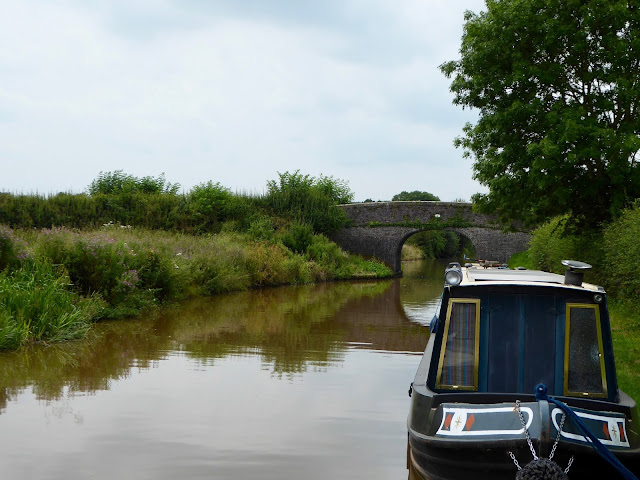 The sky was darkening by 12:45 as we cruised along so we decided to moor up just after bridge 4 for the night.  Rain was forecast, but never materialised and we sat in the bow for a while in the warm sunshine.

It was here that we met Helen and Mike from the boat below 'Little Bear'.  They must be followers of What a Lark's blog as they recognised WaL, but knew that Lisa and David weren't onboard.  Helen and Mike had met Lisa and David briefly on a very wet day back in 2012 when What a Lark was exhibited at the Crick Boat Show, they were very impressed with the build and fit-out of WaL and later ordered their own boat which apparently has a very similar layout. 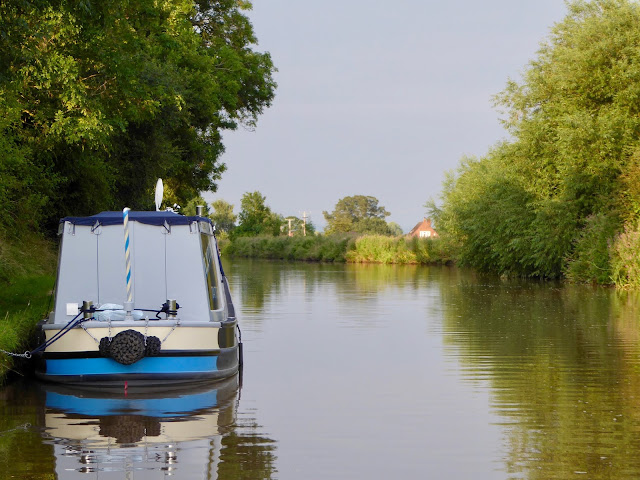 at 7:30 in the evening the light outside was just magical.


Another very good day on the canals!
Posted by Carol at 06:21

A question, Carol - what was the thinking behind the cutting of the old boats in half, do you know?

I don't know for sure Marilyn but British Waterways Board did this to three boats that I know of now and it was done in the 1960's so it may be because of the decline in trade use of the canals and their existing boats were too big/long to be useful so were made into smaller vessels perhaps for maintenance purposes or to sell on to the hire companies that were appearing also about that time.

Perhaps if anyone else read these comments we'll get a bit more information.

Hugs to you and David. xx