It's great to go away ... but there's nothing like home and your own bed! 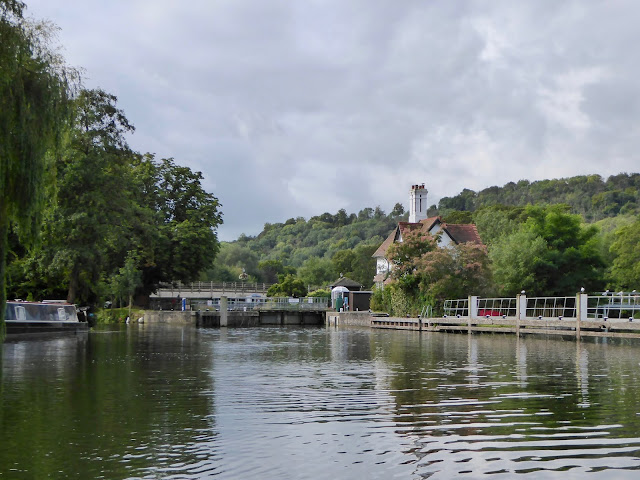 We spent Sunday night on the lock island mooring and just before 10 the following morning (12th August) ... 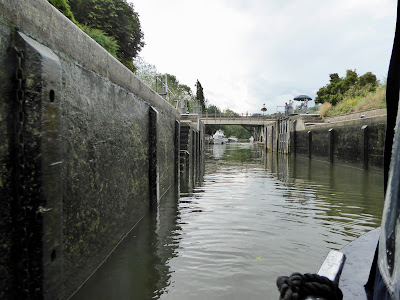 we pulled forward and winded (turned) to go down Goring lock ...
There had been a few 'gongoozlers' watching the boats going up and down in the lock including some young children ... 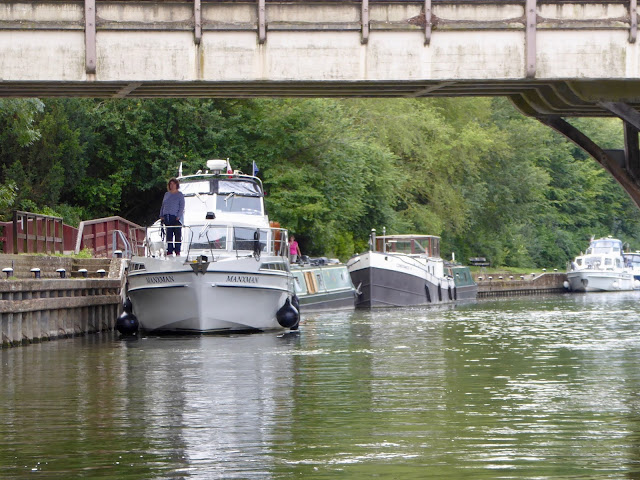 That space will do us nicely for one night while we pop to the shops for provisions, start putting our clothes away and catch up with some laundry.

Whilst mooring up the children we'd seen at the lock came past with their parents and I asked if they'd like to come on board as they had taken such interest in Still Rockin' ... they were delighted ... 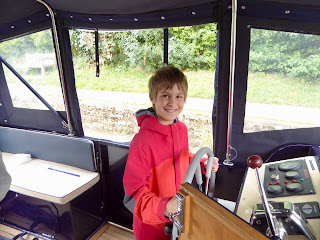 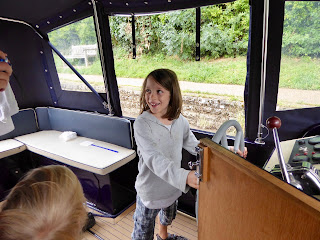 This is Elior and his older brother Kieran after their tour of the boat.  Keiran was asking all sorts of interesting and relevant questions especially about where does our electric come from and how the batteries and solar panels work.  George showed him inside the engine compartment and where our six big batteries are stored.  He told us that he'd recently bought a model narrowboat with some pocket money that he'd been given.  The younger brothers, Elior and Ruben were more interested in the fans we have around Still Rockin' to keep us cool in the hot weather, especially the remote control one!  When they left I gave Kieran my set of signed Marian Kelly Bert and Betty books which he was pleased with. 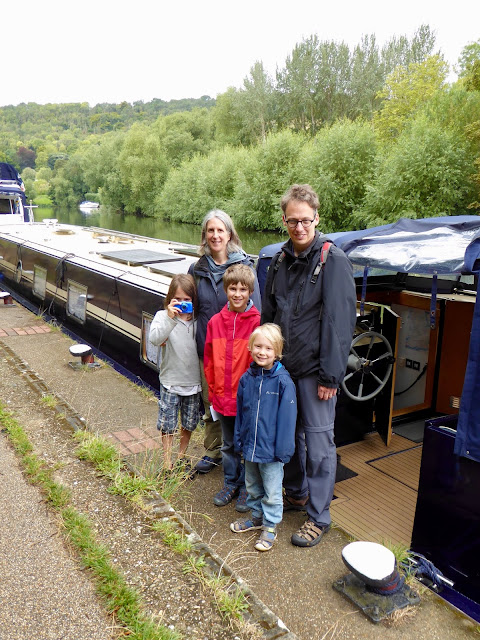 Elior (taking a photo), Kieran and Ruben with their parents who are visiting the area from Paderborn, Germany and touring The Ridgeway 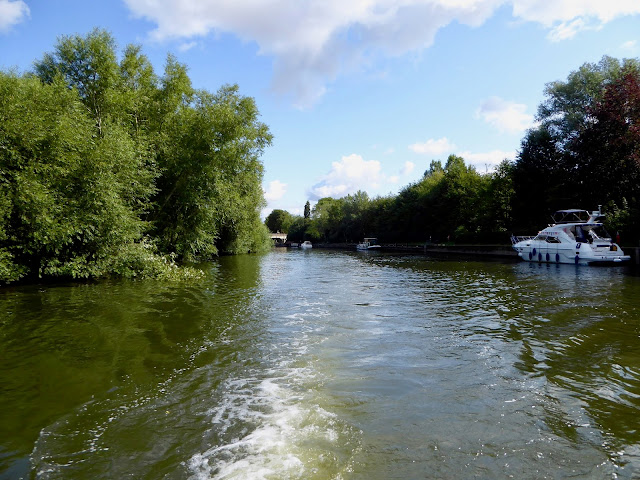 Tuesday saw us leaving Goring and cruising to Beale Park 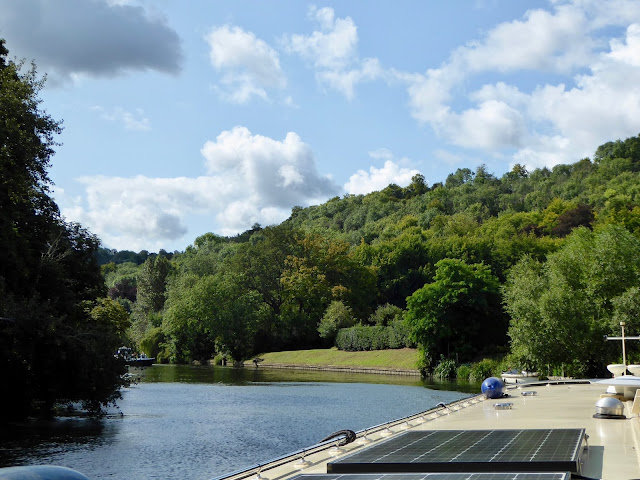 So good to see open spaces and wide waters 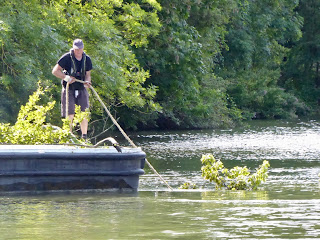 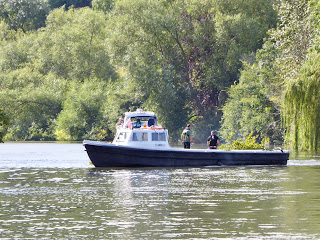 Environment Agency removing a fallen tree from the River Thames 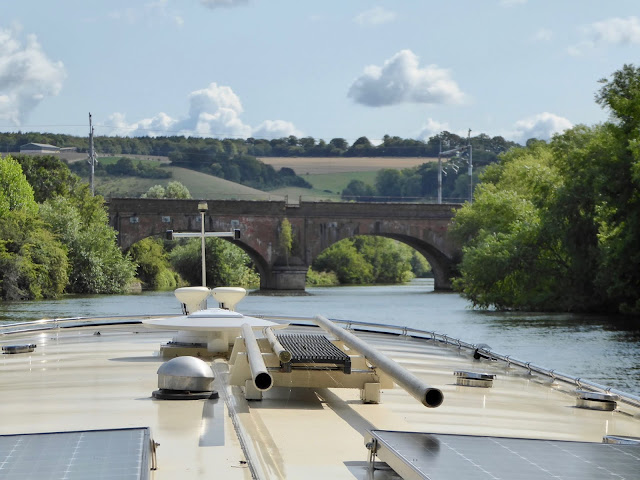 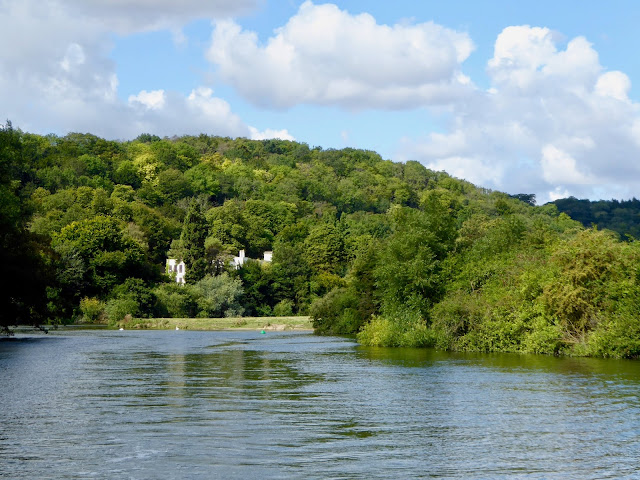 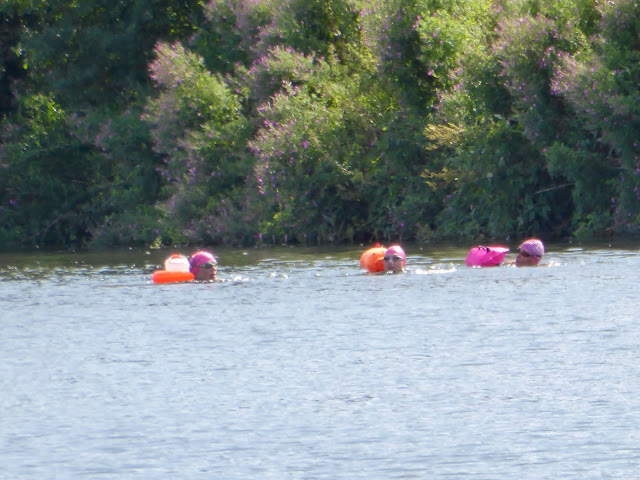 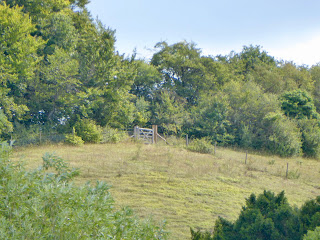 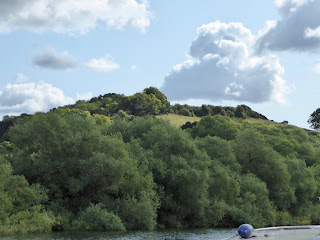 One of these days I hope to climb that hill and see what's on the other side of that gate! 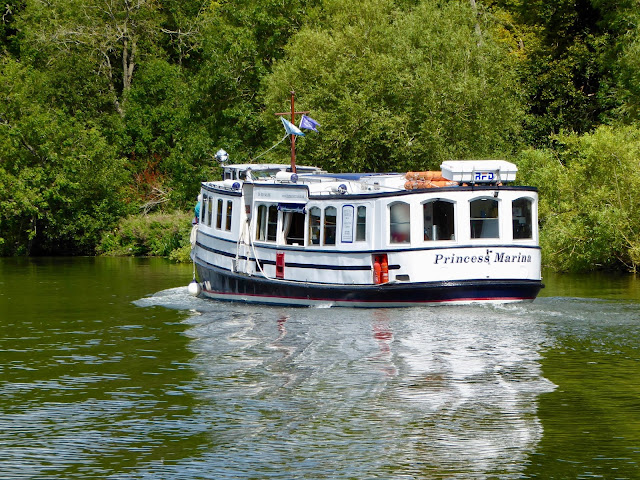 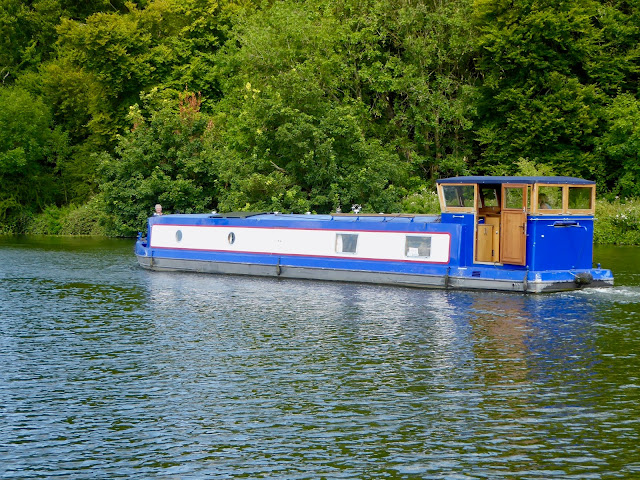 Ooh, there's Carole and Paul on Newlands ... they pulled over by our Beale Park mooring and had a quick cuppa and catch-up with us before continuing upstream ... hopefully we'll see them again before they head home after their summer cruising. 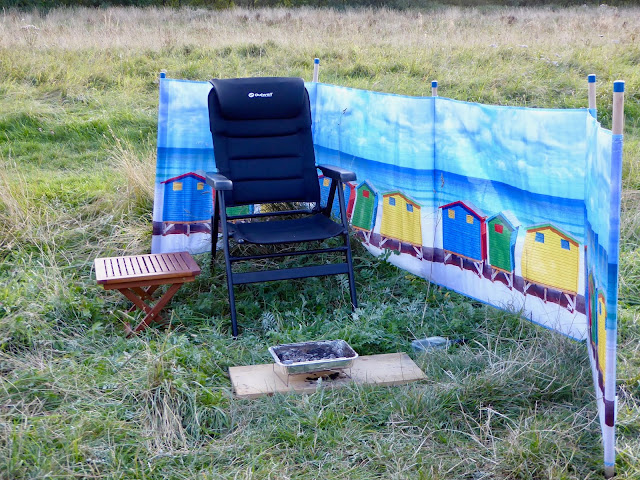 Of course there was a bbq too! 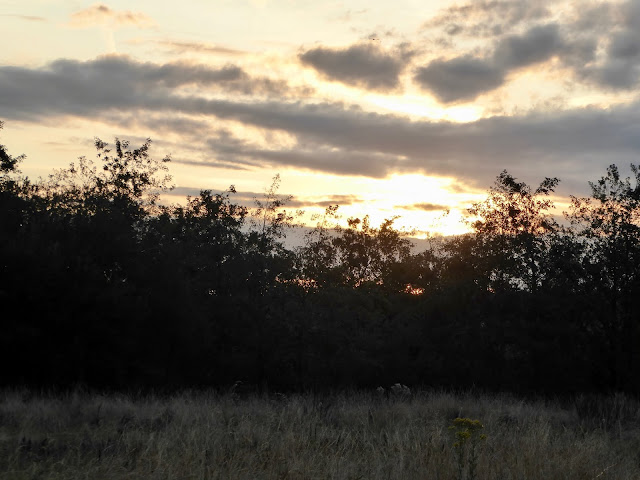 and a dramatic sky at 8pm

I was sorry to leave your bed, it’s a very comfortable bed. I think I shall be changing ours.