Back in Oz ... Chinese and Time Out 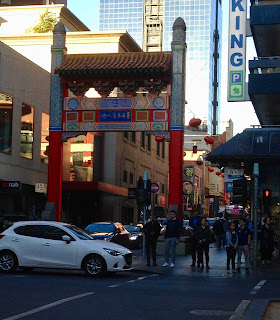 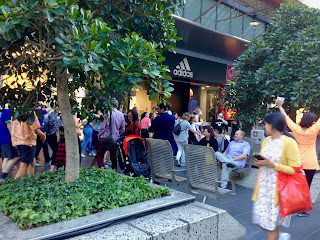 We were shattered when we arrived back at our hotel in Melbourne after our two day tour but we still needed to eat and decided on a Chinese.


We walked into Melbourne's China town and found it difficult to decide where to eat as they all seemed have the same menu.  Lots of restaurants had queues along the street ... they were obviously the best ones but we were too tired to queue and managed to find one that was busy inside and went in.  The menu was pretty much what we expected but presented in a booklet form with pictures of each meal.  To be perfectly honest I can't remember now what we ate but that it was enjoyable. 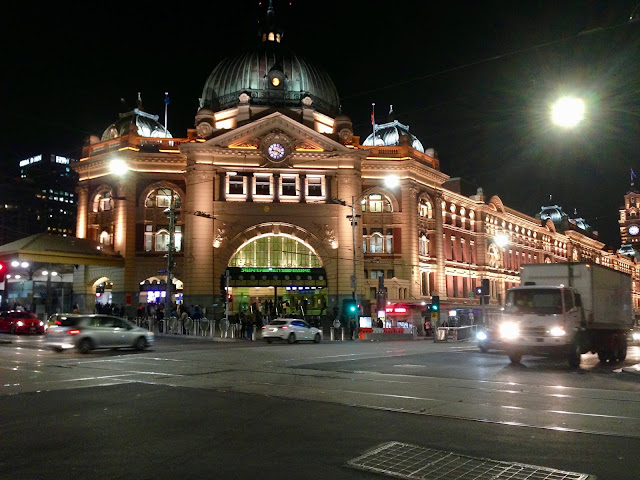 After our meal we walked back into town and even at 10pm it was still buzzing with people and traffic. The above picture shows Flinders Street Railway Station 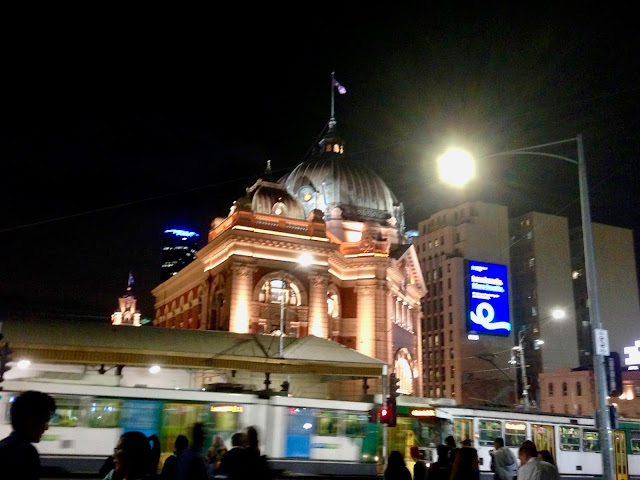 Melbourne is amazing at night with all the lights etc., the dome you can see behind the railway station is St Paul's Cathedral 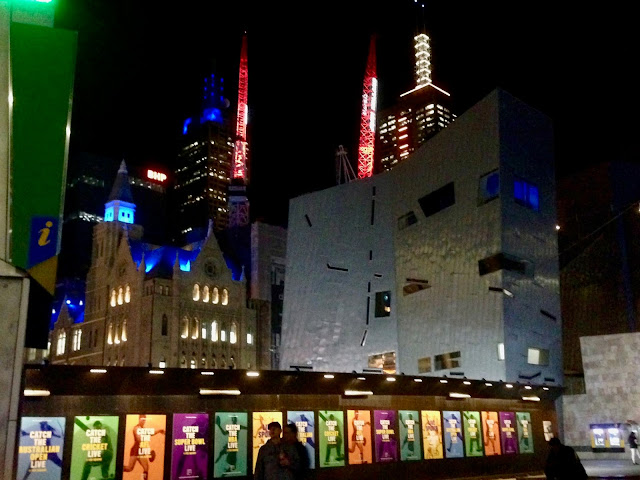 Even the gigantic cranes are lit up at night 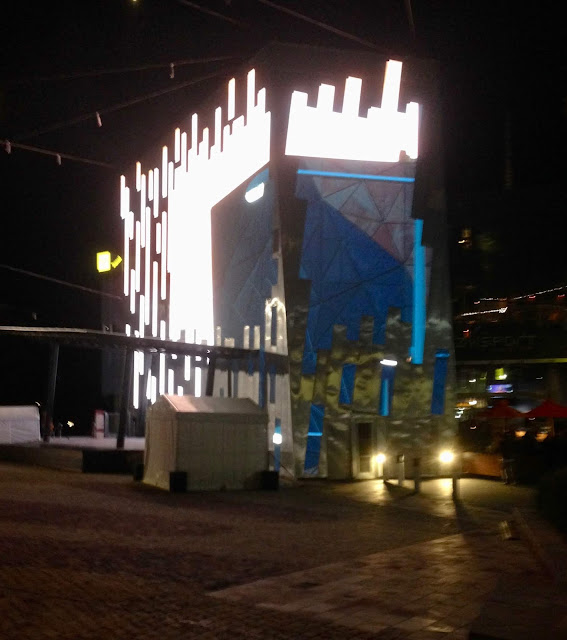 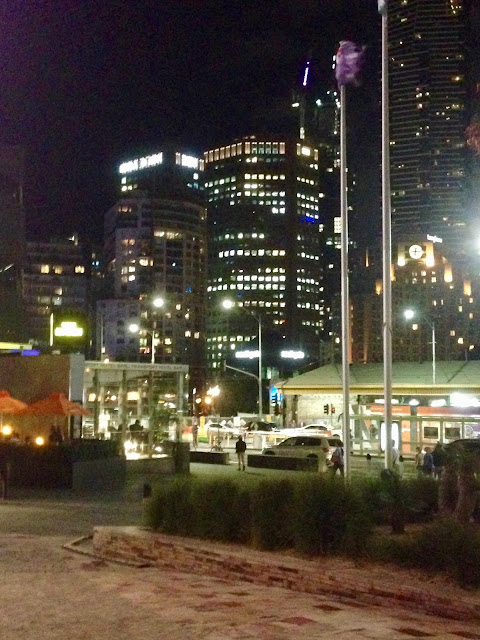 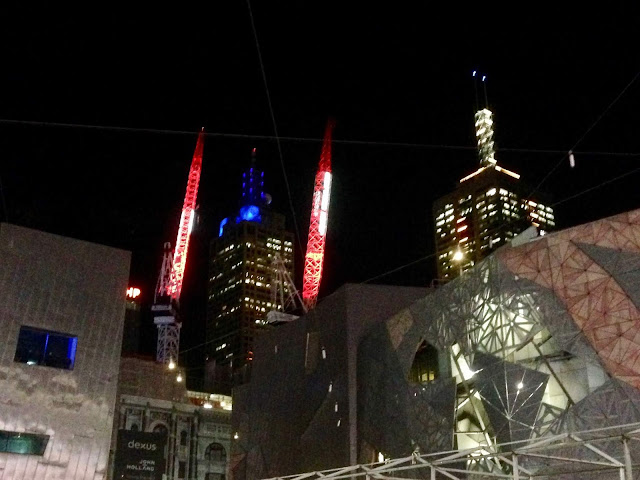 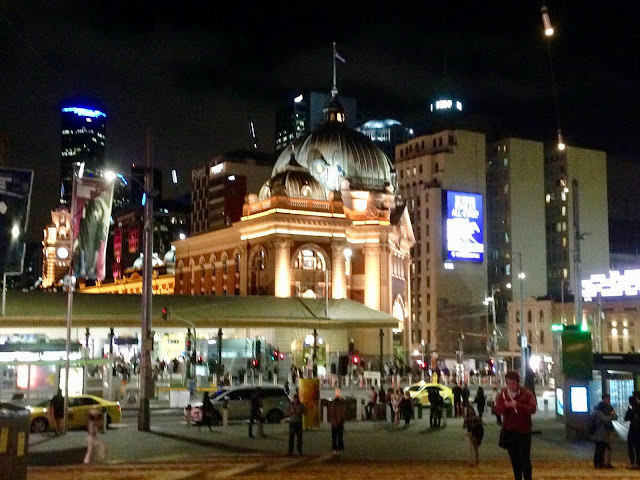 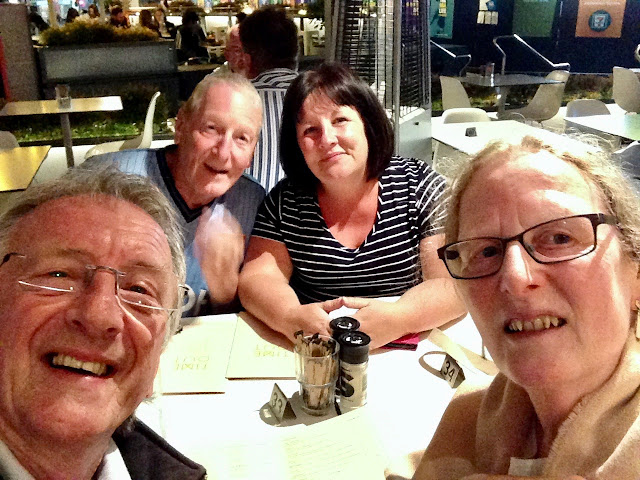 That's us ... my brother Garry, my sister-in-law Sue, George of course and me!

It was a late night after a busy day ... wonderful!

The following day (23rd Feb) was not an early start ... we all had a well deserved lie-in, a late breakfast and then went to explore Melbourne's alleyways ... 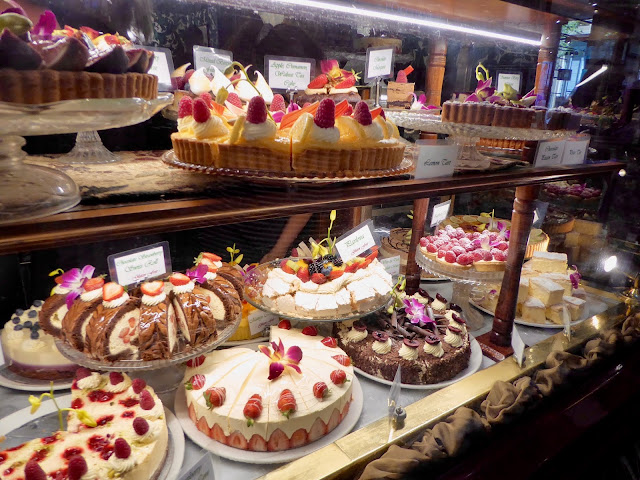 This cake shop was a real show stopper ... yum, yum! 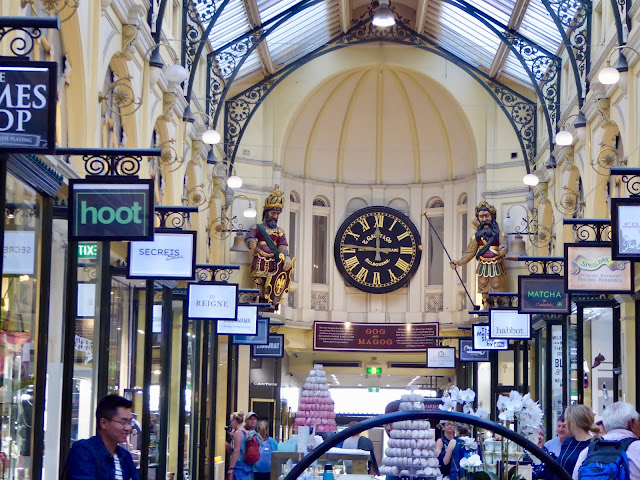 This is the Royal Arcade ... 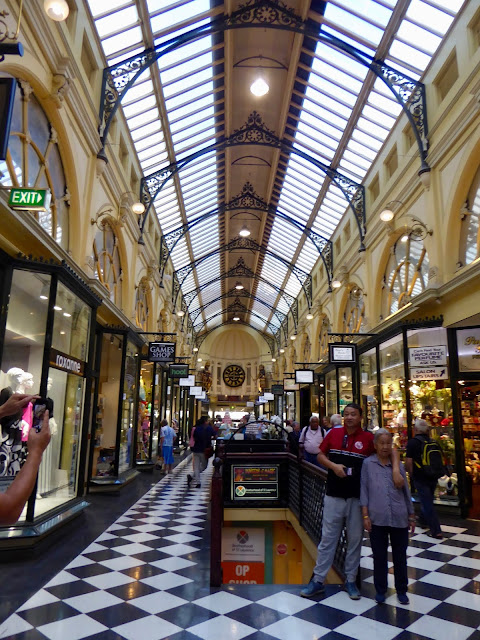 Remember on the first day of that tour we went to see The Apostles and saw two stacks known locally as Gog and Magog? 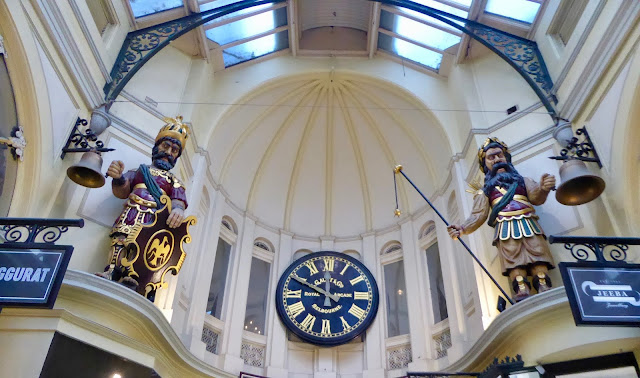 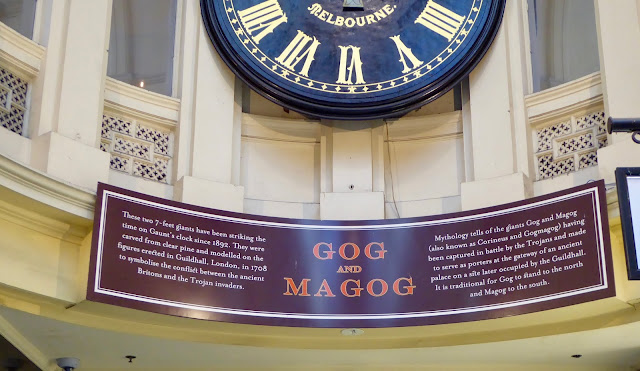 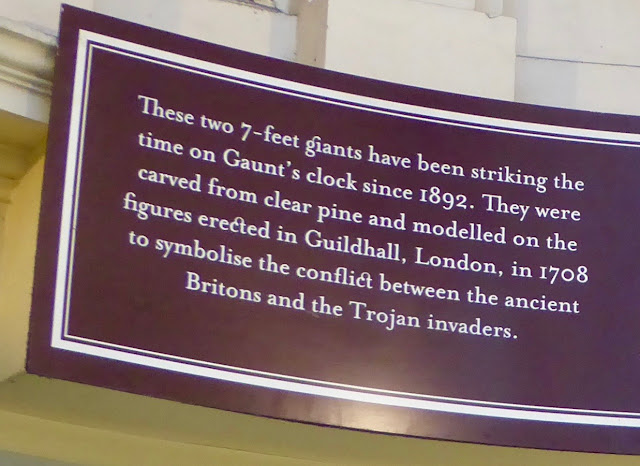 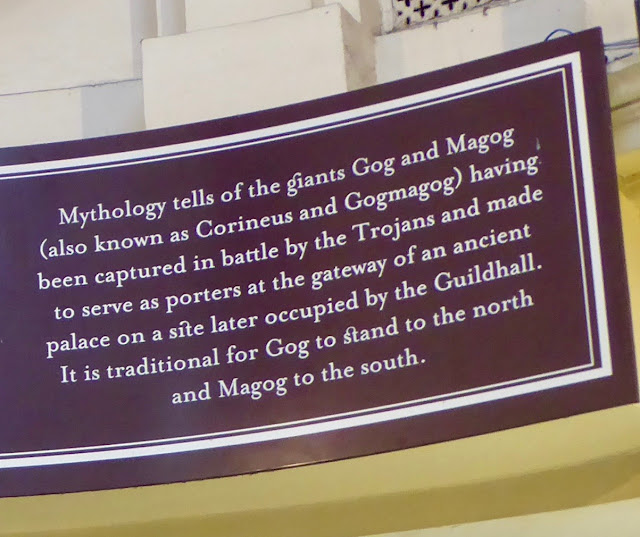 We did our shopping, had a light lunch and then caught a taxi ... but more of that in my next Back to Oz post ... watch this space!
Posted by Carol at 18:02