Cruising on a dull day and a mystery ... 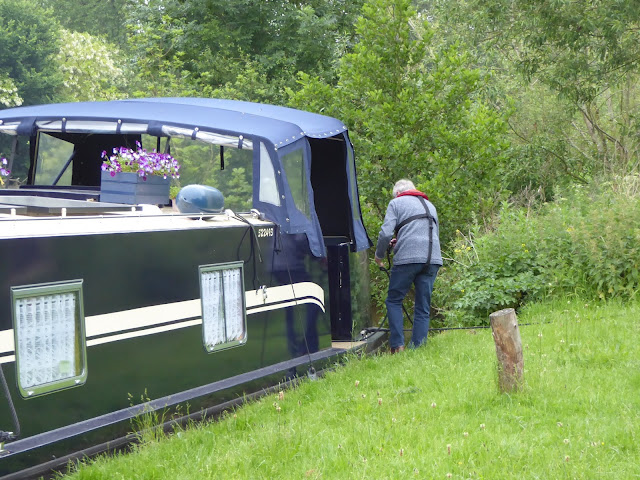 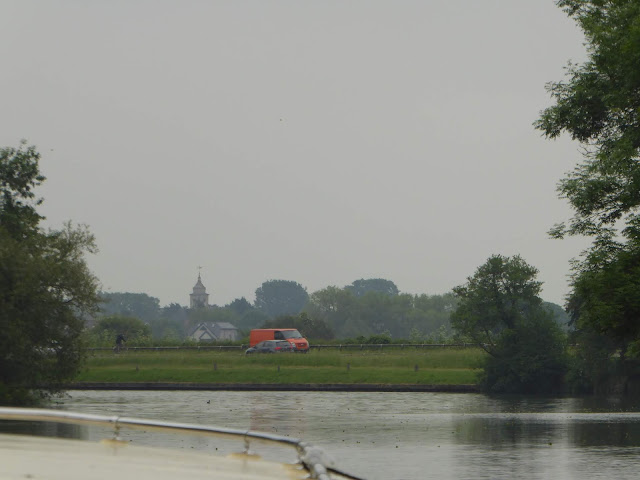 ... it's dull and cloudy as we cruise downstream towards Egham 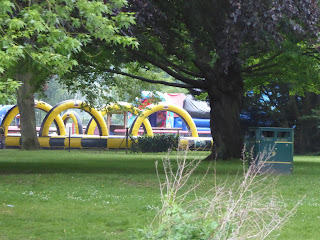 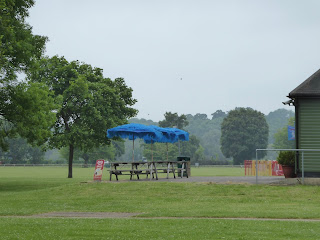 passing the pleasure park which has been busy over the weekend 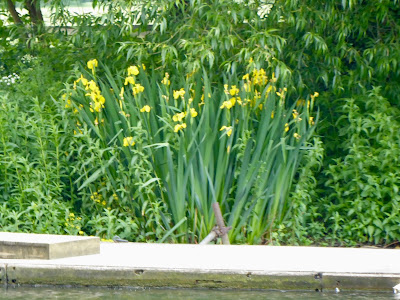 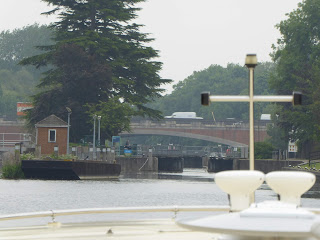 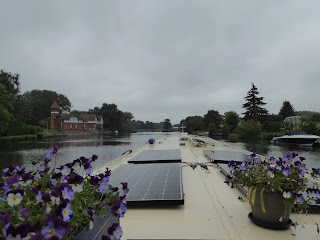 First lock of the day is Bell Weir and being only 8am there is no lockie on duty but there is a boat coming up so I don't even have to open the gates ... how luck are we! 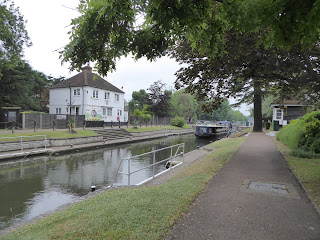 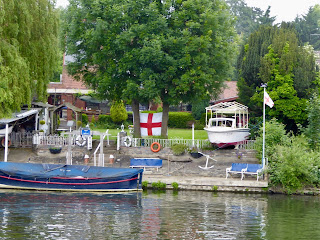 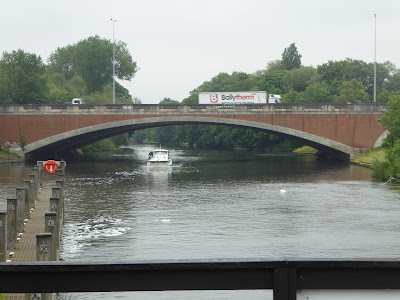 Ooh, goody I won't have to close the gates now either! 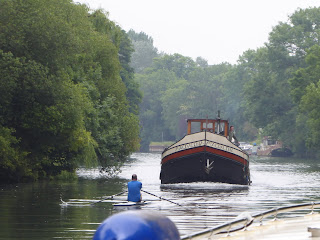 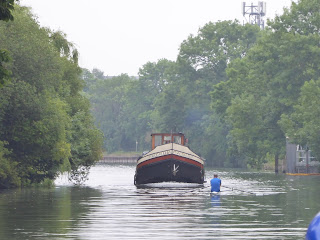 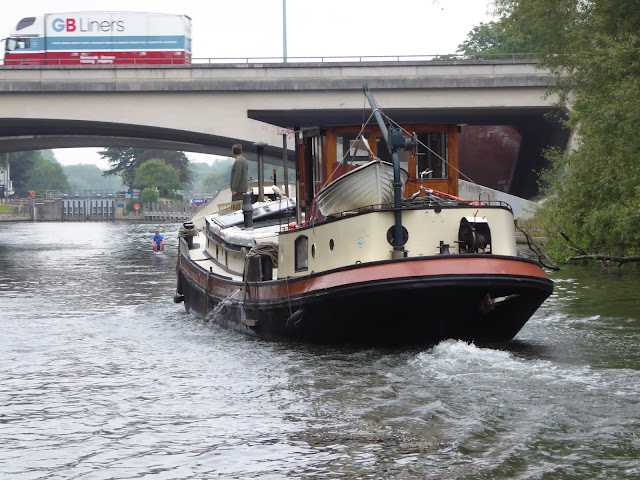 A bit of manoeuvring needed as we leave Bell Weir and it was here that I went inside to change into some warmer clothes and my gloves! 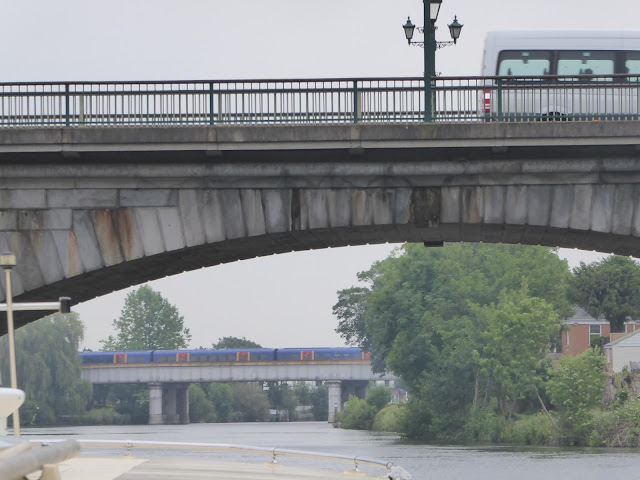 Approaching Staines under the road and rail bridges 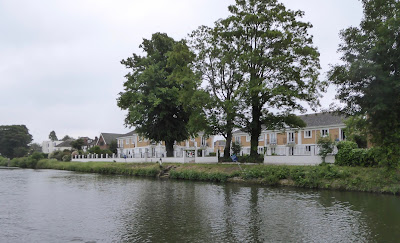 where we notice that the 24-hour visitor moorings have been cleared of the overgrowth, we'll remember this one for the future. 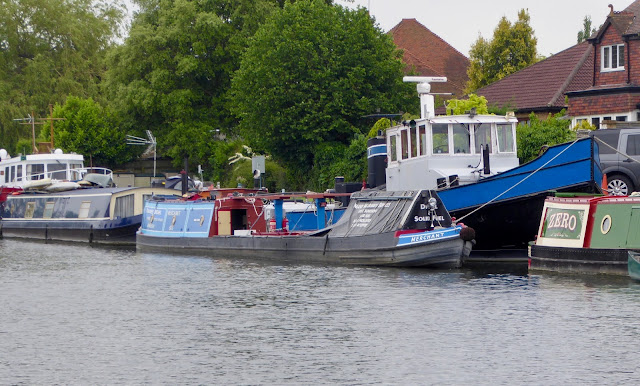 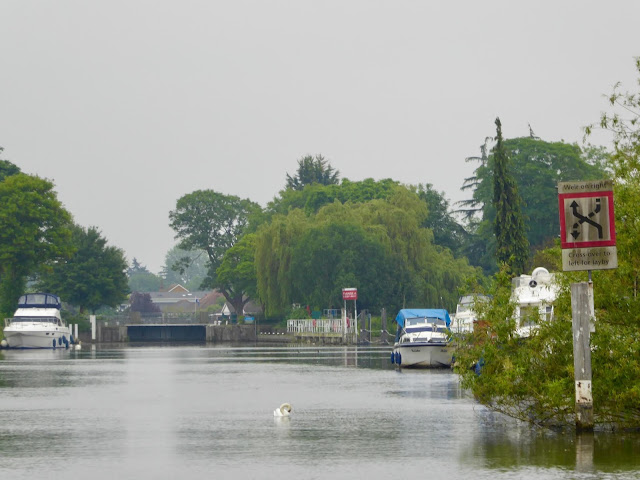 On the approach to Penton Lock the sign indicates that we should swap from right to left presumably to avoid getting in the way of boats leaving the lock.  Again the lock is still on self service and again there is a boat nearly ready to leave. 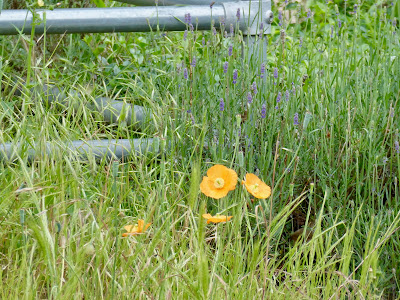 Californian Poppies seen at the lock 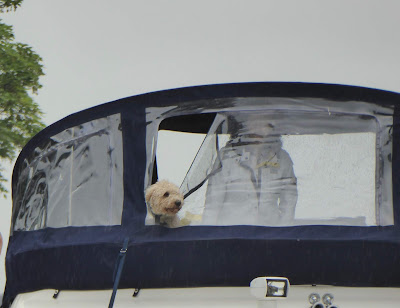 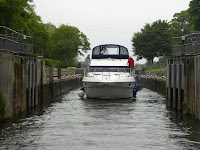 We shared the lock with this cruiser where the helmsman was hidden behind the screen and the dog was doing the navigating! 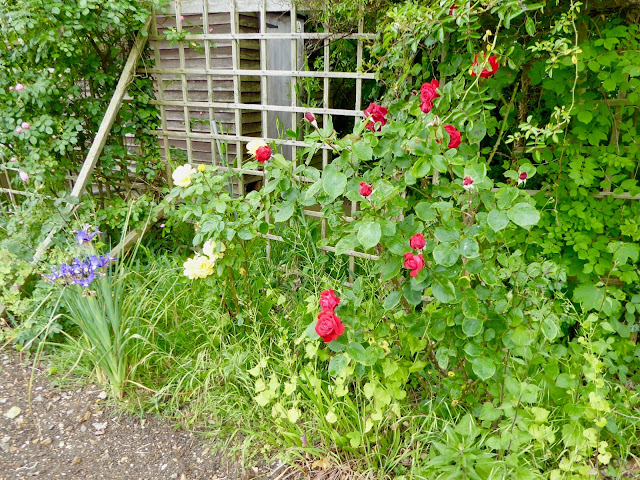 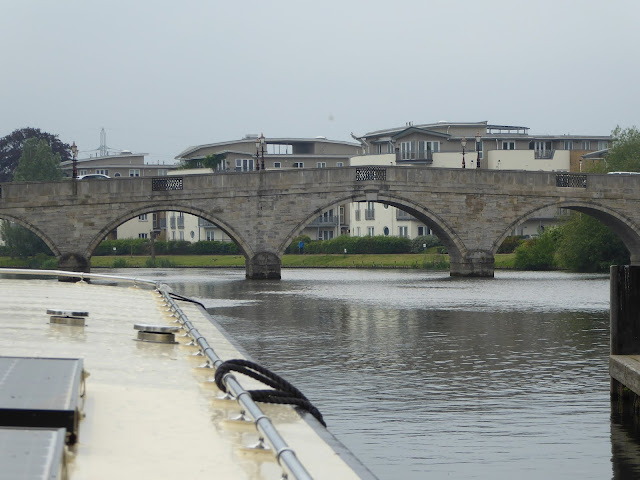 Through the pretty Chertsey Bridge 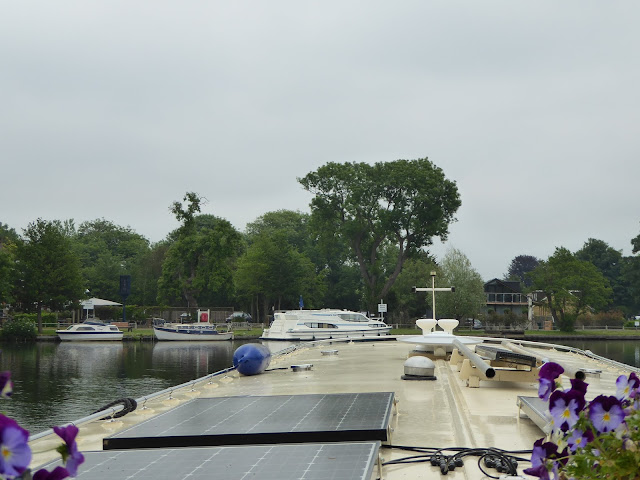 A mile or so further and we can see our destination, we may just be able to fit in at the front of the Le Boat and were moored up by 10:15. Half an hour later Le Boat was ready to move and we decided to pull back into the space ... 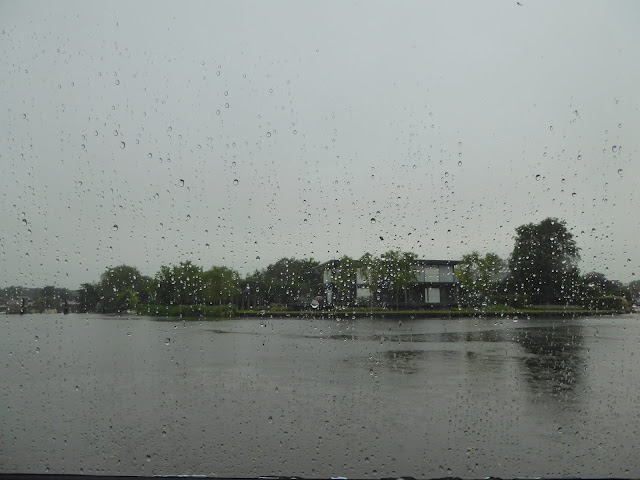 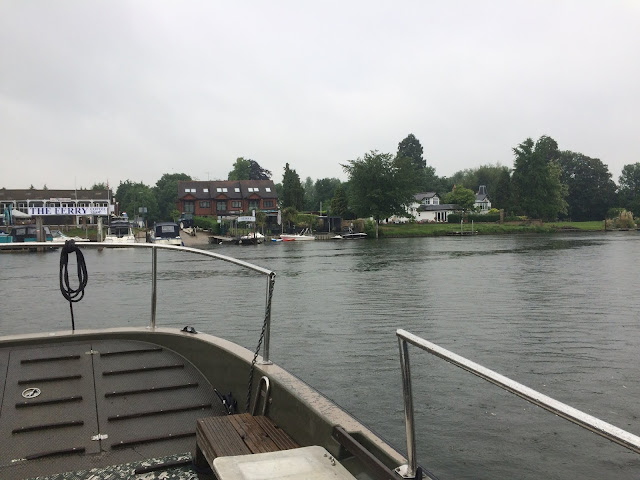 After lunch during a lull in the rain we took the ferry and walked into Weybridge to Morrisons but didn't manage to stay dry! 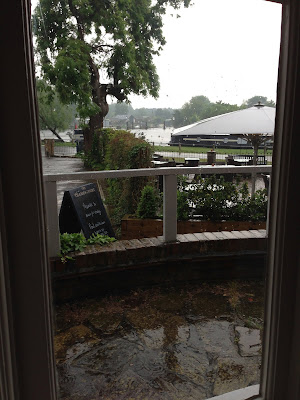 It rained really heavily and we had to walk down the road a little to get past the large amount of water collected on the bankside to get to Thames Court Hotel where we both had very good steaks and a pudding! 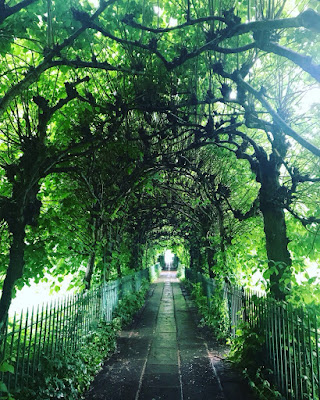 This is the mystery!  It came onto my phone at 17:10 a few seconds after I took the photo above from our table at the hotel.  I can only assume that someone in the vicinity was using either 'air drop' or blue tooth and I ended up with their photo ... it's rather nice but I've no idea where it could be. 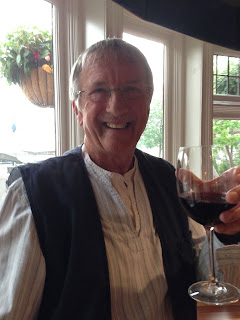 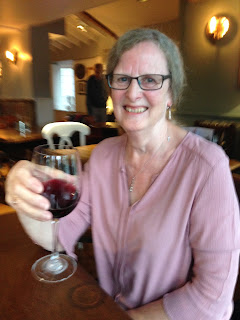 He Carol and cheers to you, Question is do you always dress up so smartly to go to Morrison’s or do you reward yourselves with a good lunch out if it rains or is it a special occasion?

Thanks Lisa, It could be any one of the above Lisa or none of them. I find it hard say 'no' when George suggests we go out for a meal! I had a fillet steak and it was delicious. x

I believe very much in treats and special occasions. Although we don’t eat out that much, I have two treats upcoming this week!!
Looking forward to seeing you both later on....

Enjoy your treats Lisa! See you on the Thames, looking forward to it immensely. x