It was hot on Sunday (3rd June) and we didn't really venture from inside Still Rockin' until late afternoon when there was some shade on the deck. 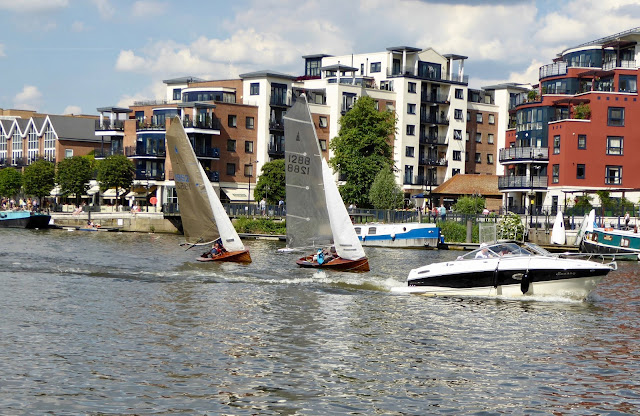 The river was busy 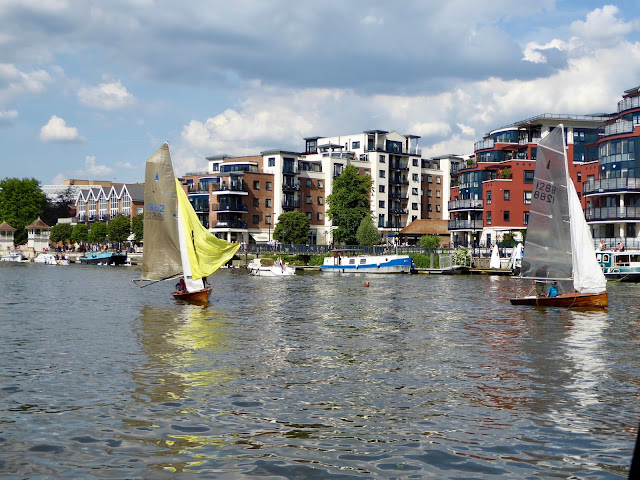 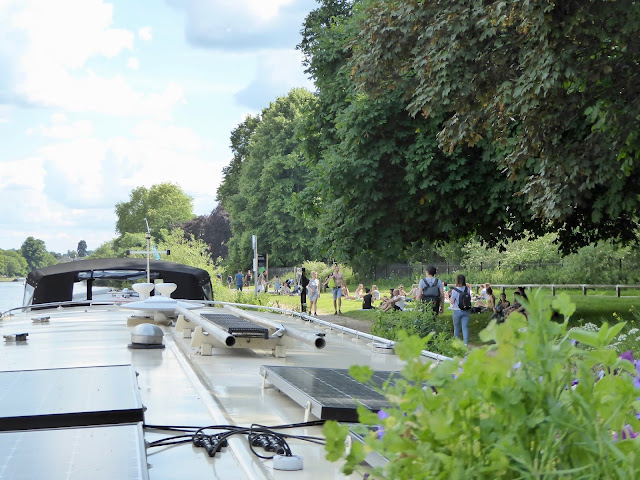 and so was the towpath with couples and families sitting on the grass people watching, reading and having picnics enjoying an unusually sunny Sunday.

Kingston is one of only 5 royal boroughs in England and Wales and  was first mentioned as a town in an 838 meeting of a Royal Council presided over by King Egbert the first king of all England.  It is thought that seven Saxon Kings were crowned in Kingston. 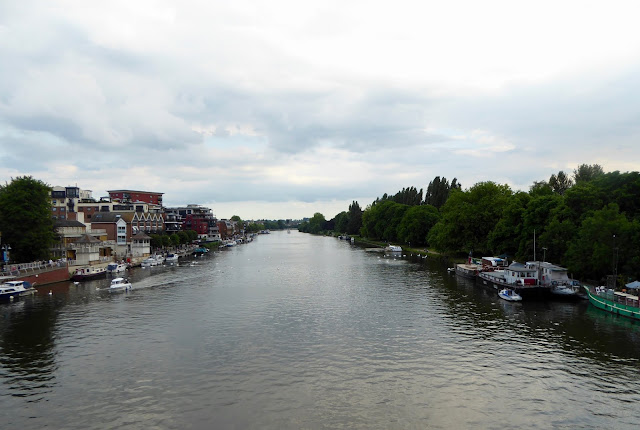 As I mentioned yesterday, I wanted to take a walk over the bridge to see what the attraction was on the last couple of evenings. 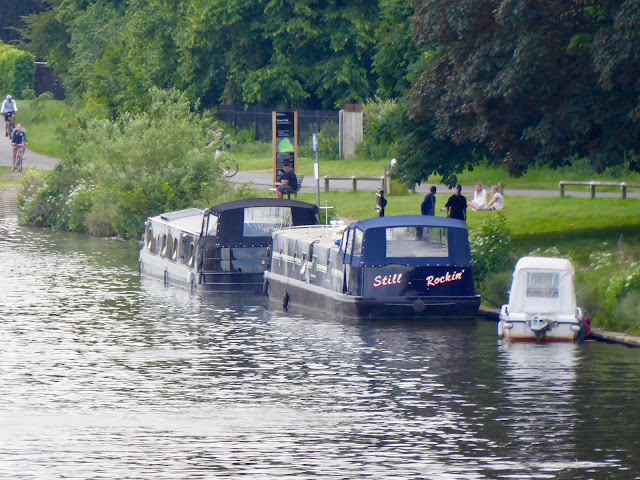 We set out about 6:30 when it was cooler and after most of the towpath crowds had dispersed 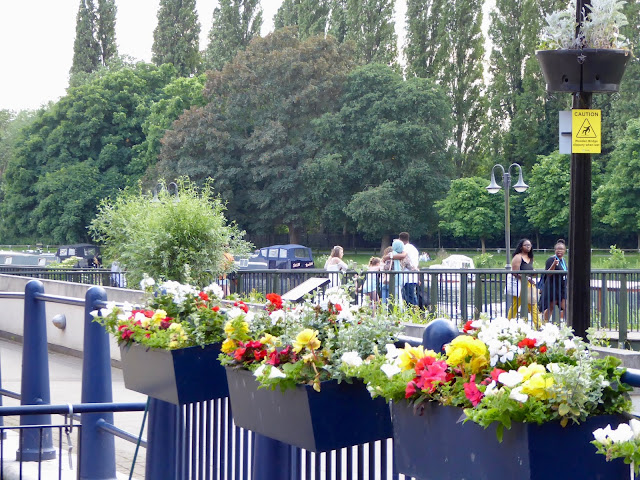 and set off along the river bank to the very pleasant 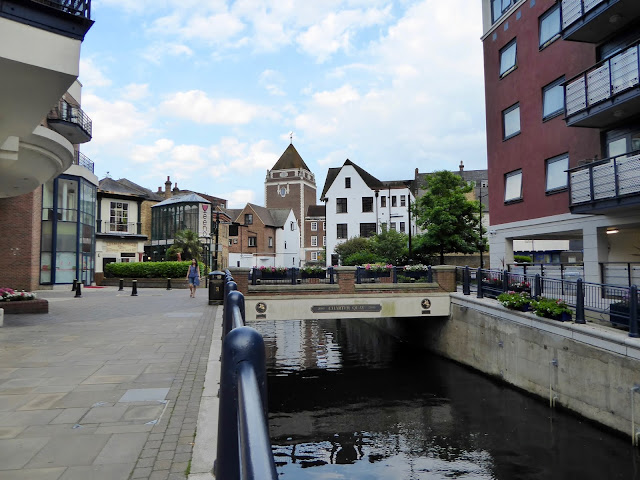 area known as Charter Quay where there is lots of seating for the public and sufficient supply of drinks and food from the local hostelries. The Hogsmill River, a tributary of the River Thames runs through Charter Quay into the Thames here. 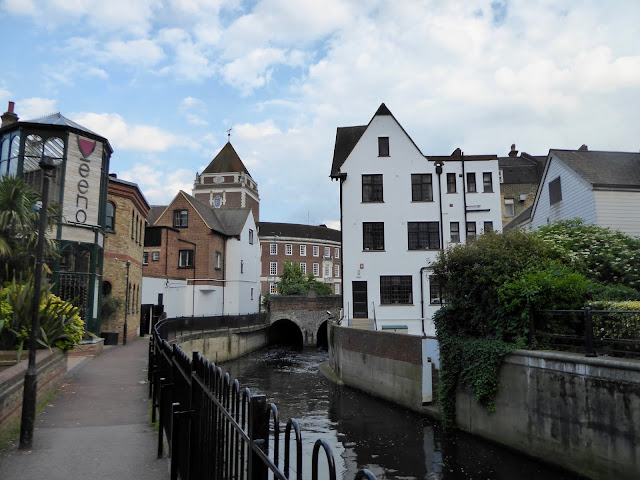 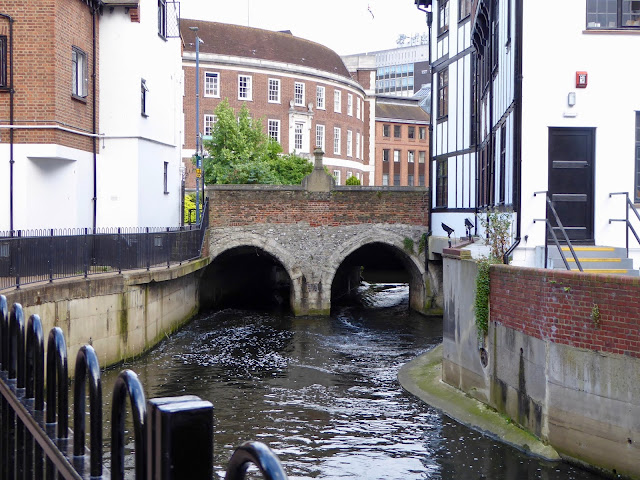 It is London's oldest surviving bridge built around 1180 and also one of England's oldest.  It was used until the 18th century for the ducking of scolds using a cucking stool! 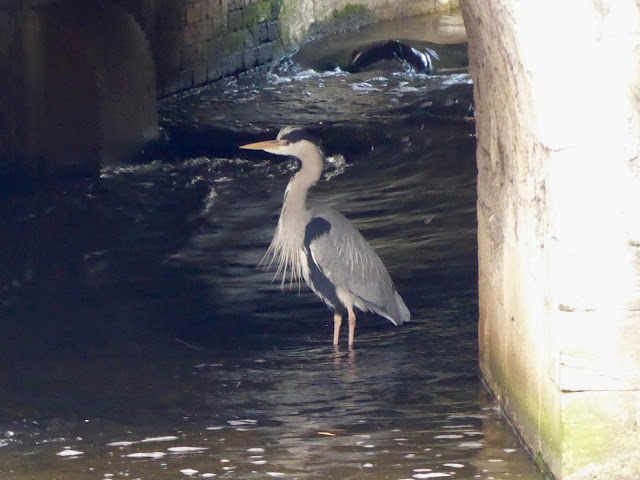 Seen inside the left-hand arch waiting for a fish to pass his way! 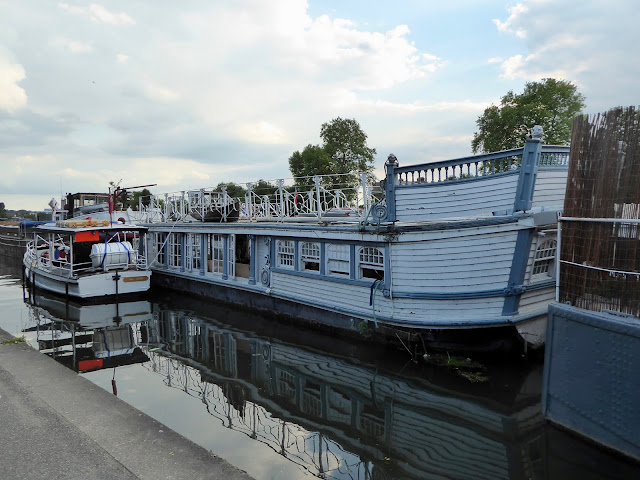 We continued to walk downstream where we saw this very pretty 'galleon' moored.  It needs a little TLC thought. 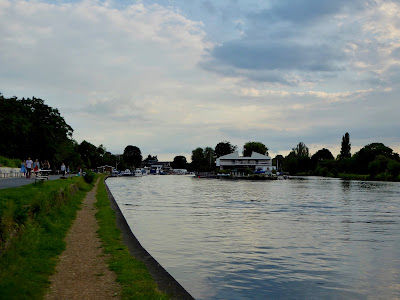 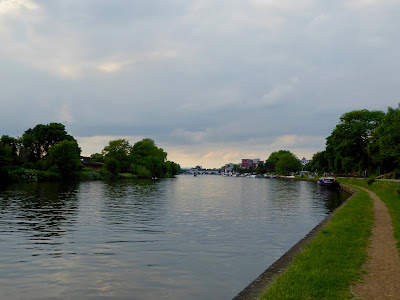 and back towards Kingston and home 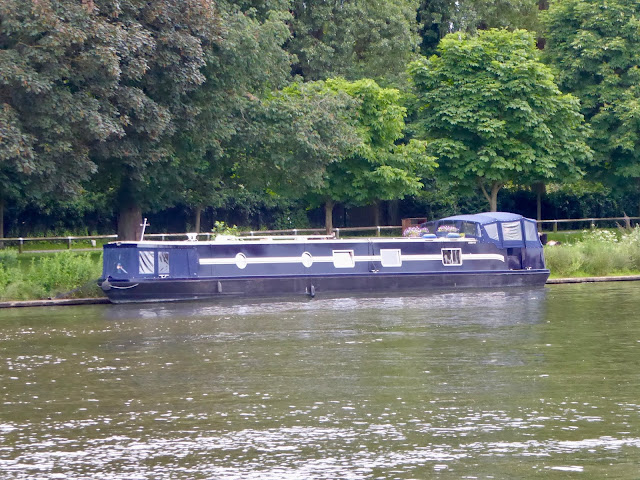 A very pleasant walk to end a lovely day!

Whilst doing a bit of internet research for this blog post I've discovered there's a lot more to Kingston than the shops so we've lots to discover the next time we're this way.
Posted by Carol at 14:37