that's what we were on Monday morning (25th June) 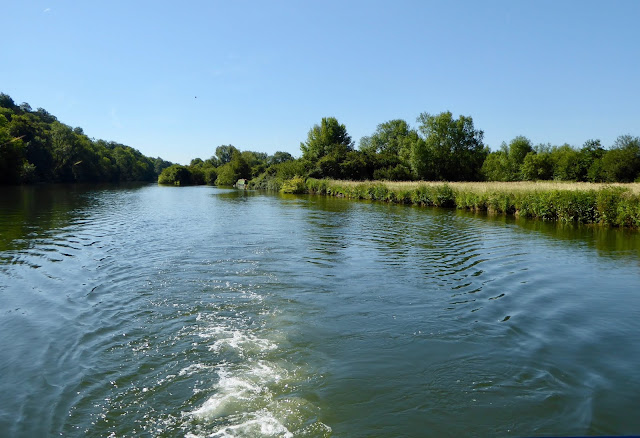 ... after our fantastic weekend, to leave the lovely Beale Park meadow 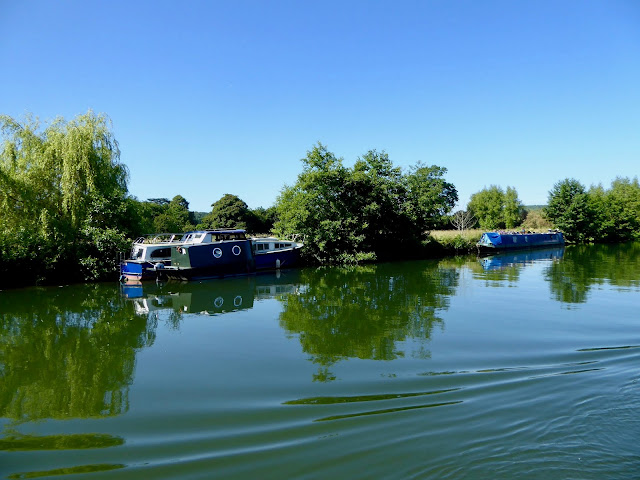 Last summer Sue and Vic were handed a notice whilst we were all moored here informing boaters that the moorings were strictly 24 hours only.  There was lots of 'guff' on the reverse about rules and regulations that had nothing whatsoever to do with Beale Park and we left.  So it had been with some trepidation that we'd moored again this year, we stayed for three nights before this morning and as we cruised past saw this boat on the right above.  He was moored there for the whole of last summer not moving at all and must have also received the same notice as at the end of summer when coming downstream again, we saw that he'd moved off park land and moored a few hundred yards further along.  The 'rules' have obviously relaxed a little again but the boat has moved back.  I think that this boat's overstaying is just the thing that spoils it for everyone else. 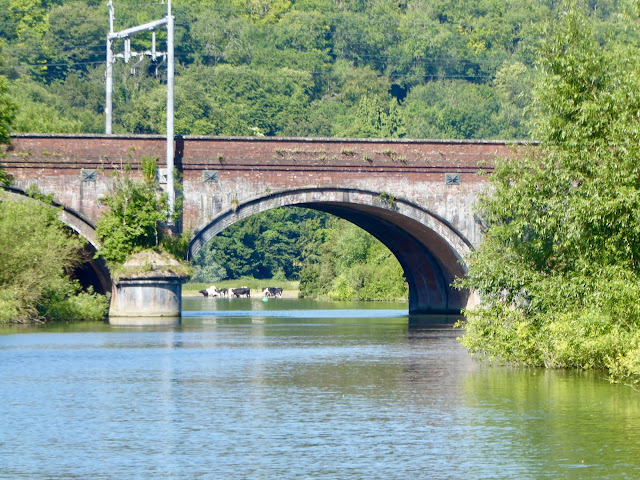 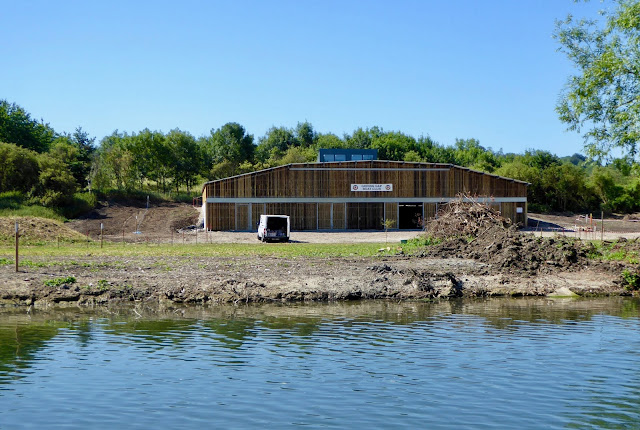 Yet another Rowing Club ... to keep life interesting! 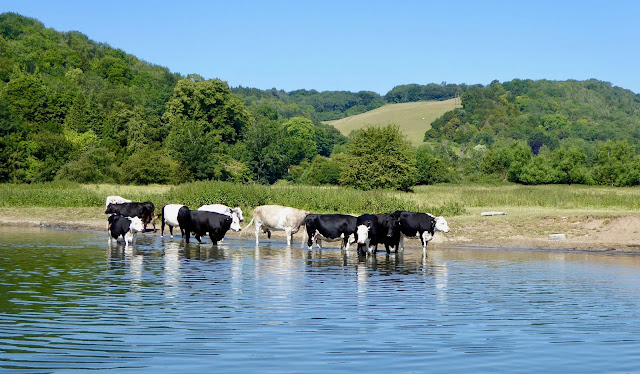 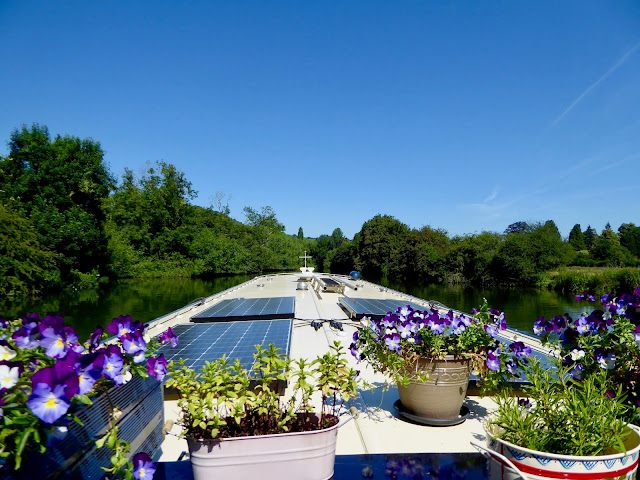 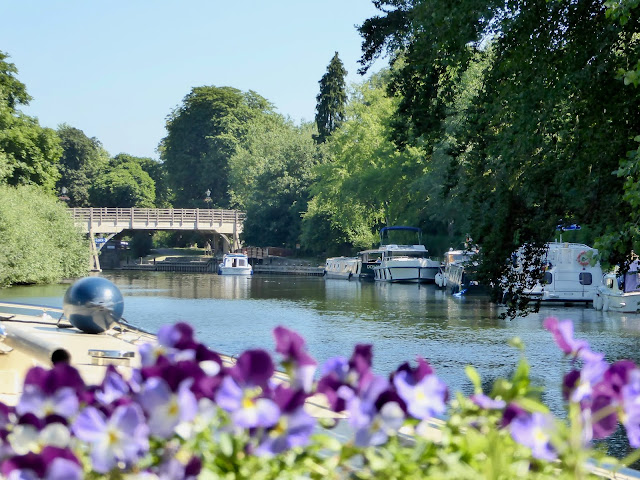 Half an hour later we're pulling into tonight's mooring at Goring 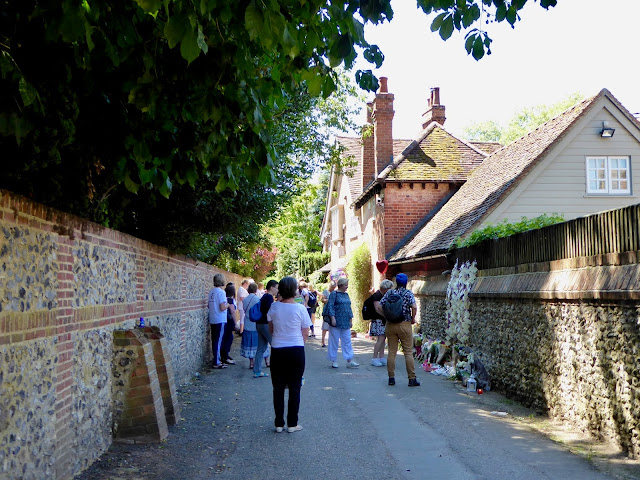 We needed a few provisions and walked into the village passing the street where George Michael used to live and where there would have been crowds yesterday to celebrate his life and his music on what would have been his birthday. 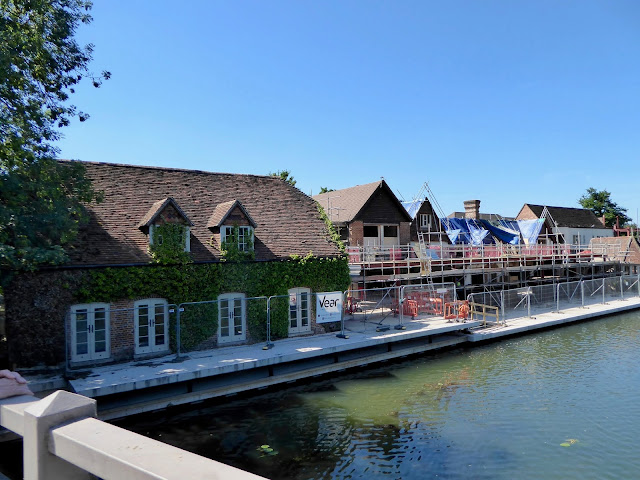 The Swan at Streatley has been undergoing refurbishment for over 12 months now, but should be fully open once again later this year or in early 2019.  Look here for The Swan's history.

After lunch it was time for a walk, but not very far as it was too, too hot 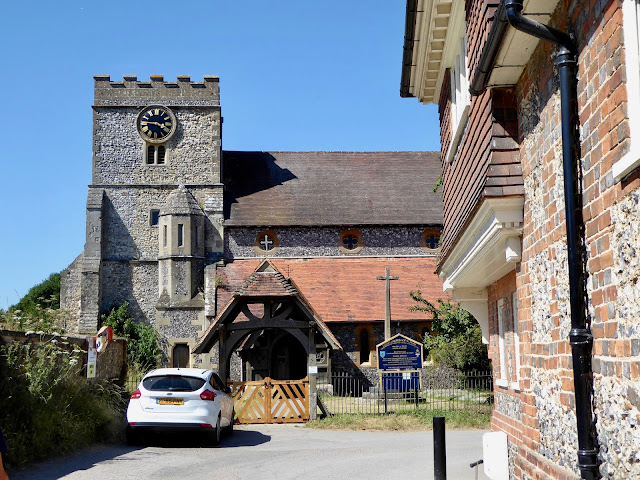 The parish church of St Mary's, Streatley was open today 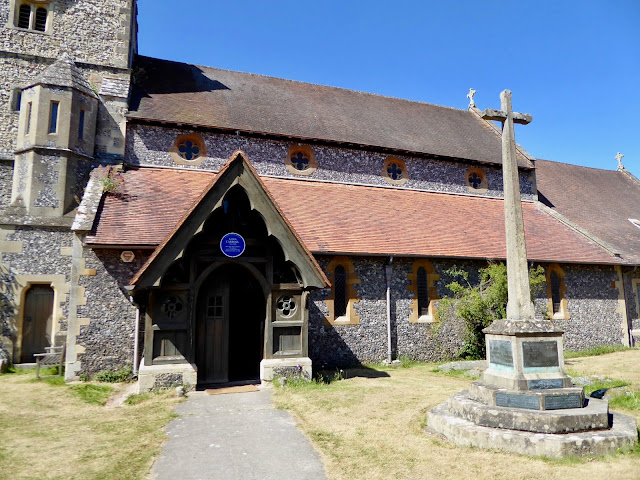 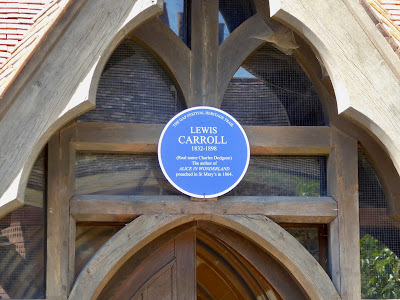 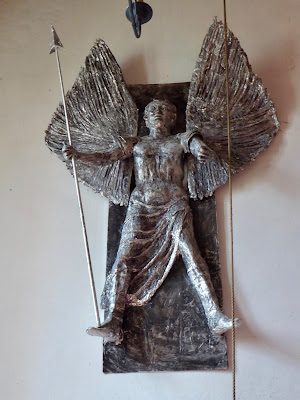 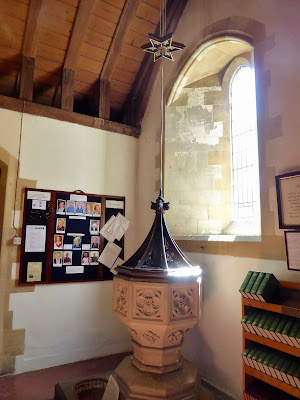 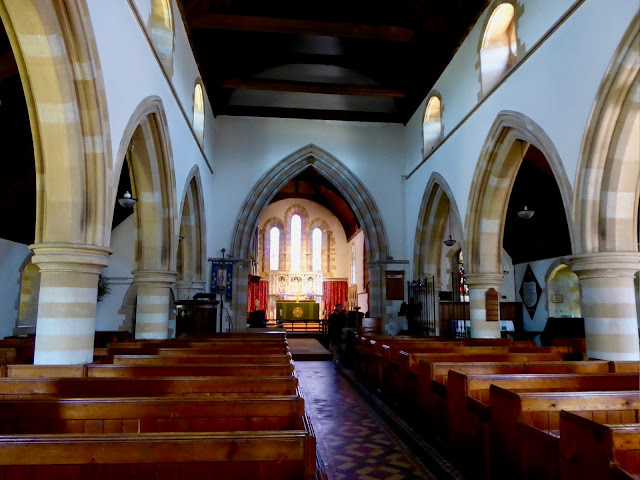 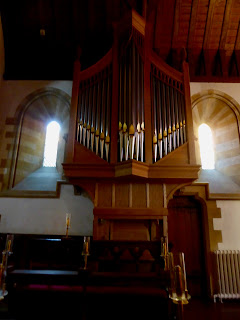 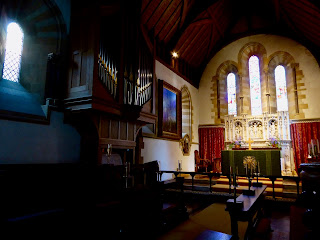 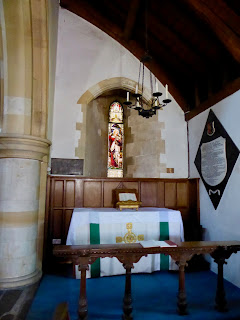 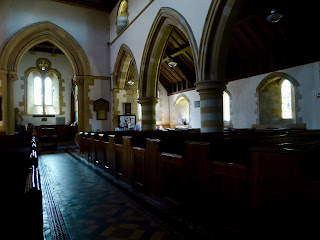 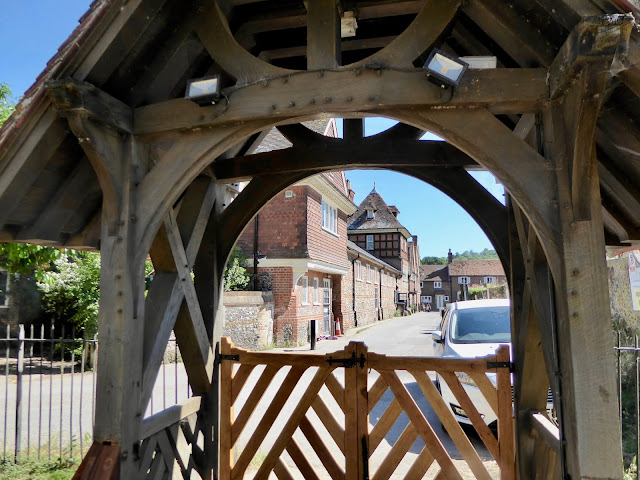 We left the coolness of the church and walked out of the churchyard by the lynchgate.  The building opposite on the left were originally the Malthouse Buildings and in 1898 were converted into a village club, known as The Reading Room/Parish Hall, and a residence.  Following the restoration of the church the rooms became known as the Morrell Rooms after the then Lady of the Manor Mrs Emily Alicia Morrell.
Posted by Carol at 16:34

Isn’t that angel very like the one on Coventry cathedral?
Kath (nbHerbie)

It is Kath! There were information sheets in the church but not very detailed and there's not much more on line. The sculpture looks fairly new (but I could be wrong) so perhaps details have not been updated yet.