Friday (5th Feb) George had gone for a walk while I was having a yoga session at home when the 'phone rang; George to say he can hear a boat engine that sounded like Merchant the fuel boat and that he was on his way back quick pronto! 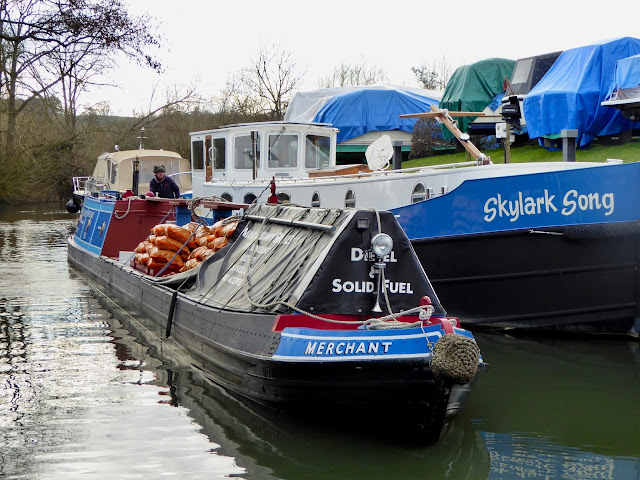 Fortunately Chris was servicing Skylark Song first which was great because the lock on our fuel tank is complicated to say the least and George had not yet returned. 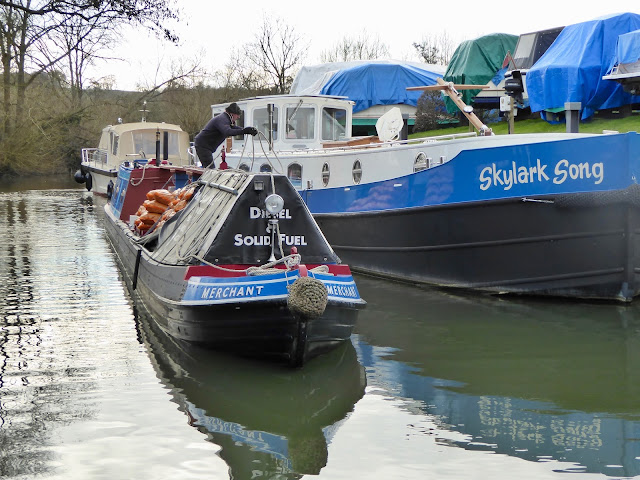 Chris tying up securely. The mill stream is shallow so he doesn't want Merchant to float from the middle as she has a deep draught. 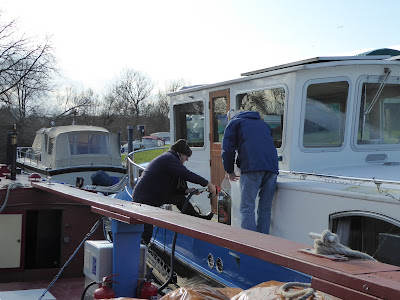 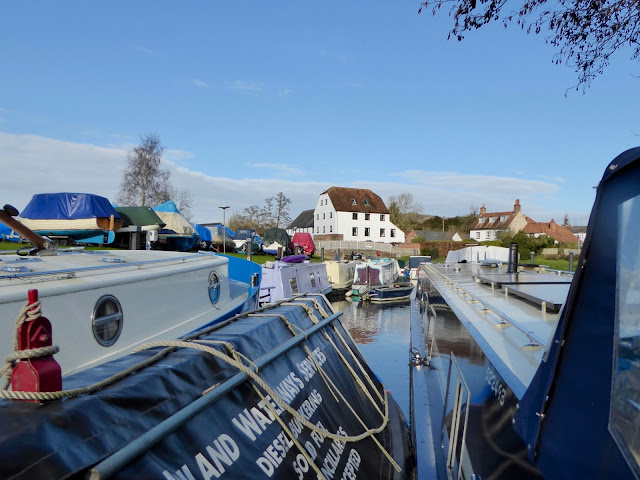 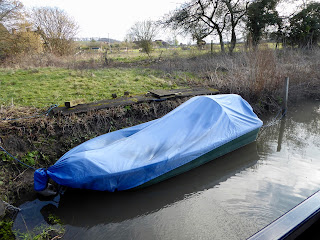 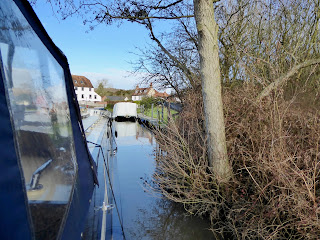 It's a  bit tight and we didn't need to tie up as we were on the bottom and not going anywhere else! 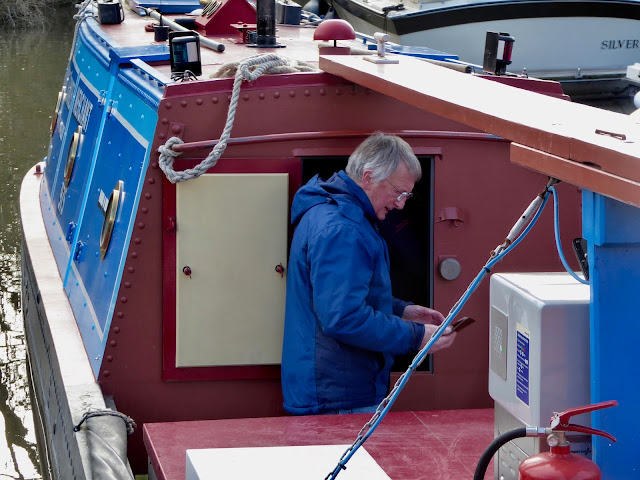 270 litres of diesel now being paid for 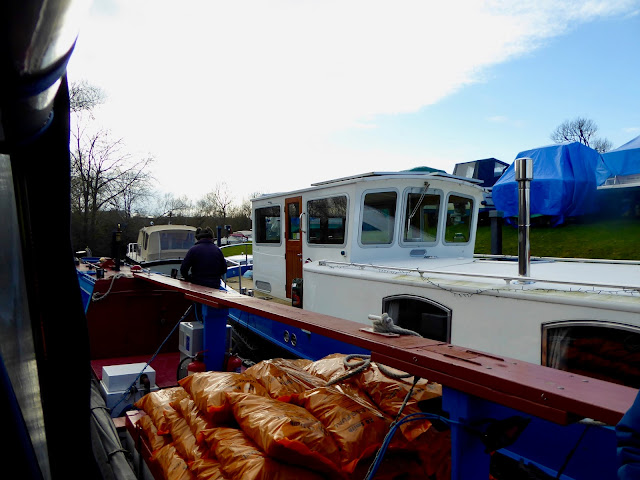 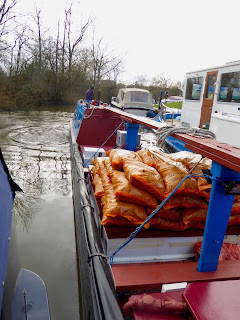 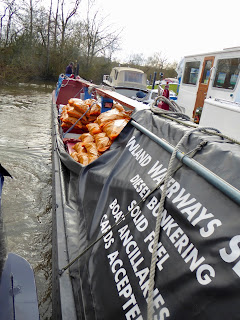 ... and backs out from between the two boats 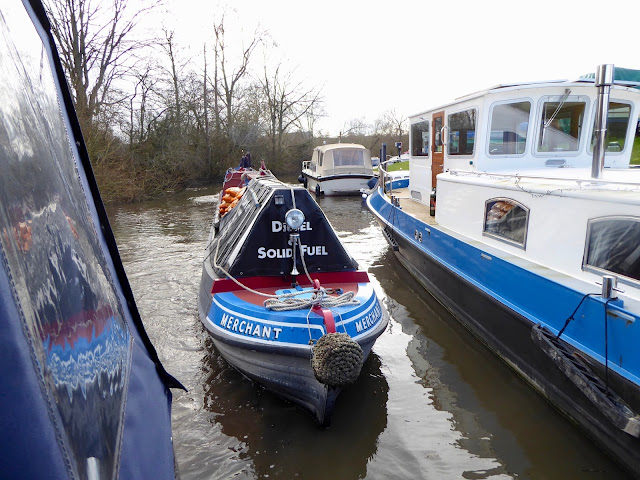 Unlike Still Rockin' Merchant does not have bow thrusters 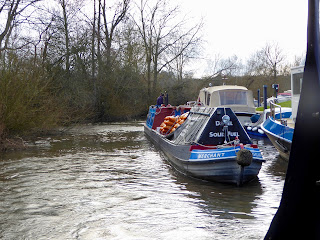 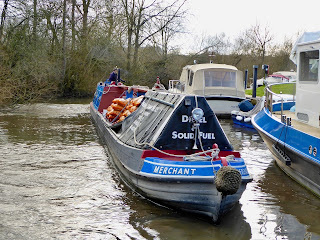 ... so Chris is making small forward and backward movements 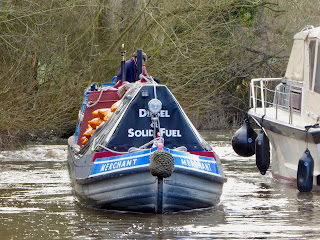 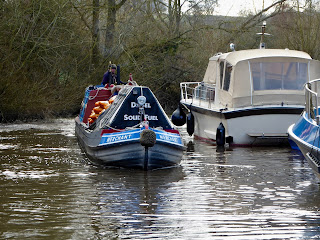 ... to keep his stern in the middle and bring his bow over 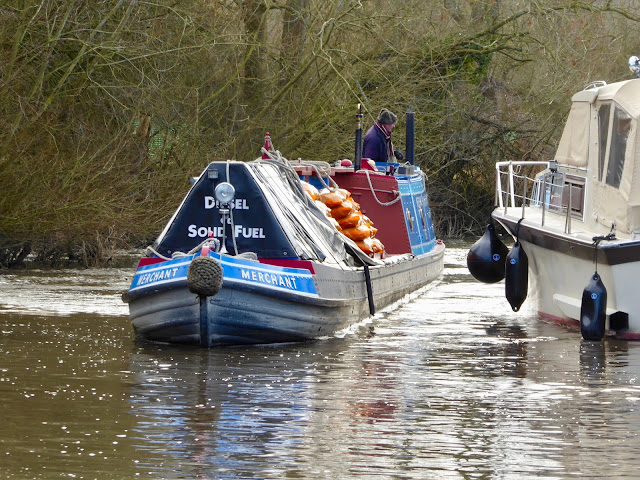 ... and all seems to be going well as he rounds the bend 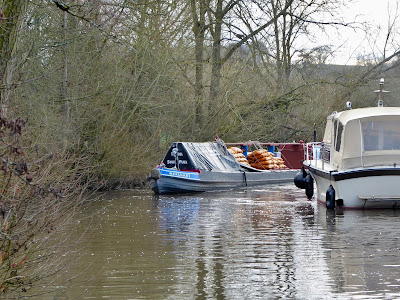 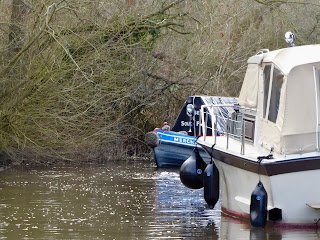 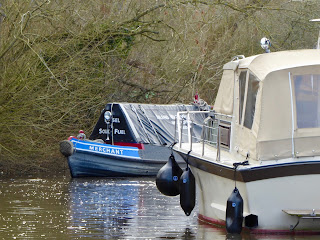 ... and Merchant disappears round the corner.  There is a left hand bend next for Chris so it was no easy task.

George went over the weir to help Chris through the lock as he was heading for Wallingford.  He told George that he'd had a log caught under the prop which stopped his engine and he thought it may have damaged the prop shaft coupling.  He managed to get the engine started again and checked for damage whilst in the lock, fortunately all was well. The river was on 'stream decreasing' boards but the flow still quite strong.  It could have been quite dangerous in the middle of the current with no engine!

Chris had made an attempt to bring us fuel a couple of weeks ago but was unable to cross the river flow to enter the mill stream; he would have ended up stuck in the trees with no hope of getting off, the Thames at the time was on red boards - not advisable to navigation.  He decided that he wouldn't be attempting to deliver fuel to us at the marina by boat in future so we'll need to ensure that Still Rockin's fuel tank is brimming before our next winter mooring.
Posted by Carol at 16:21