We left our son and daughter-in-law's house early, about 8:30 (28 Dec) and although the roads out of Codsall village were icy and dangerous we made it to the main roads safely and had an uneventful journey home via the various motorways. 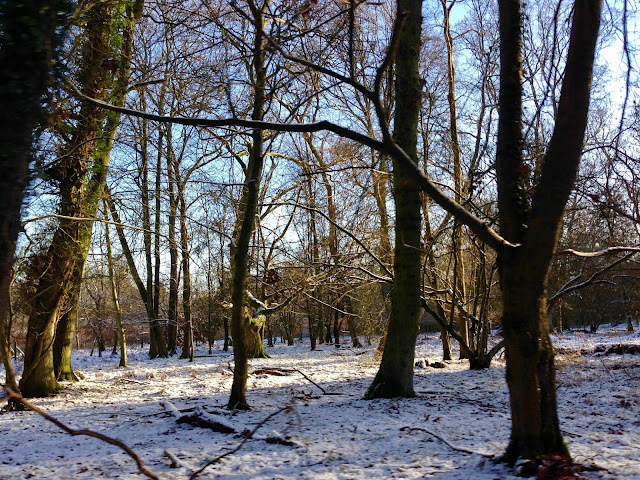 Snowy scenes greeted us high up on the Chiltern Hills 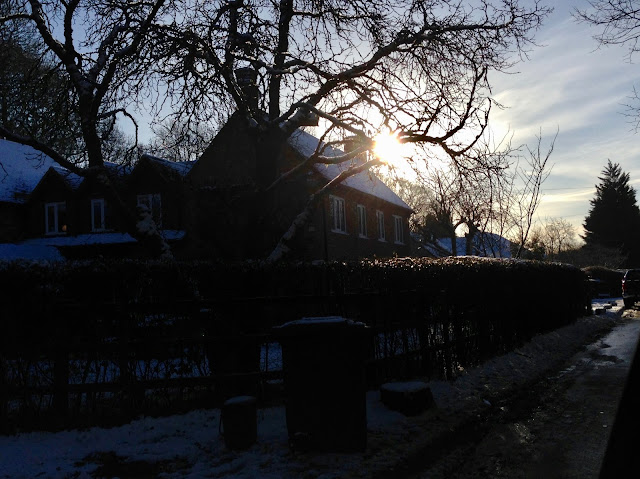 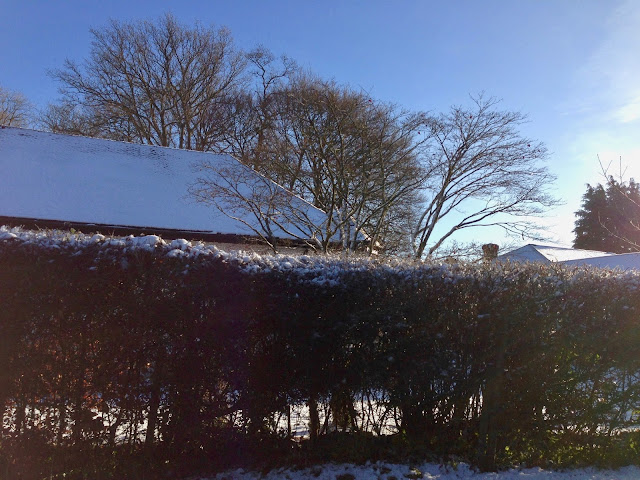 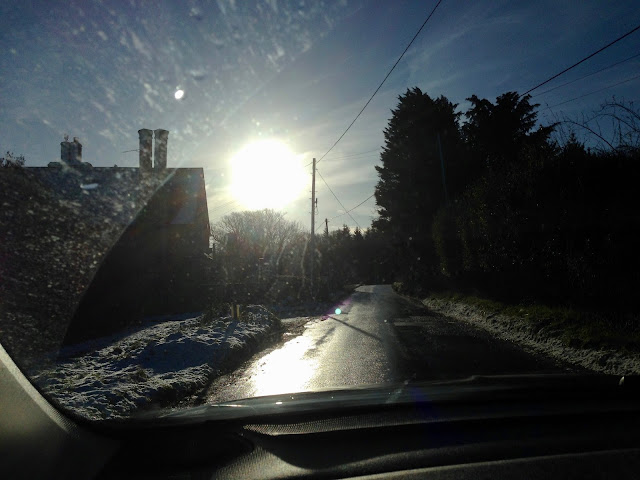 It's hard to believe from these pictures that they were taken around 10:15 in the morning 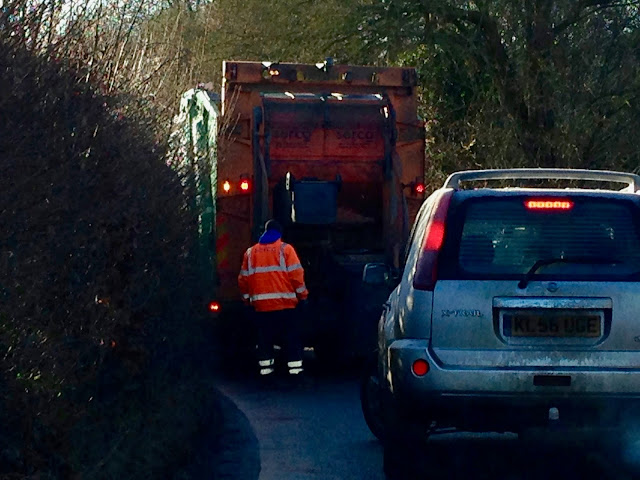 A bit of a holdup here 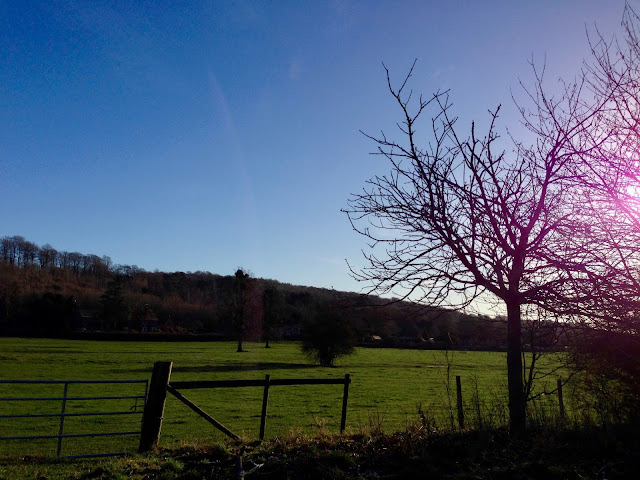 Down the hill until we're at River Thames level 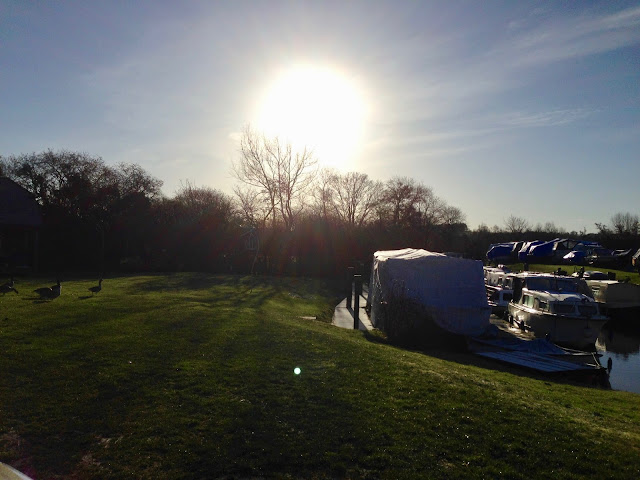 ... and home - Still Rockin' is behind the large covered houseboat in the photo.

The temperature both inside and outside the boat was -2° but the fire was ready to light and the central heating was put on as well.  George left to return the hired car to Reading whilst I left my coat on and started to empty the suitcases and find spaces for all the lovely Christmas presents we'd received.  It took quite a few hours for the boat to become warm but by the time George returned it was oh so cosy.
Posted by Carol at 18:45