To a very favourite place ...

It was Maffi’s intention to leave Wallingford at 8 yesterday morning but things didn’t quite work out as he’d planned! 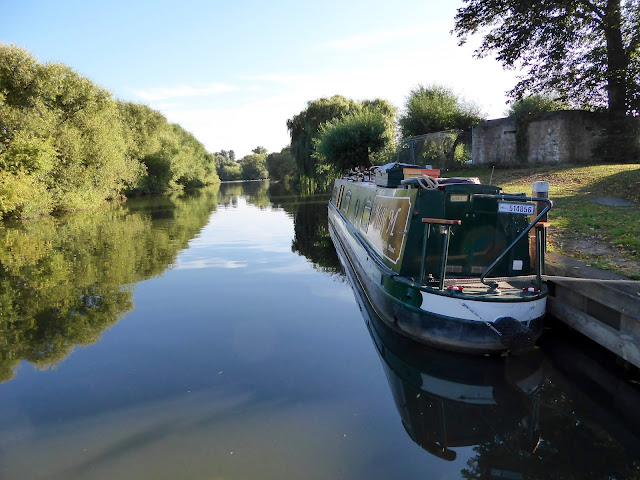 We gave him a knock just after 8 as we were ready to cast off and didn’t want to leave without saying cheerio and to inform him that the warden was on her way round to collect mooring fees … that got him shifting! 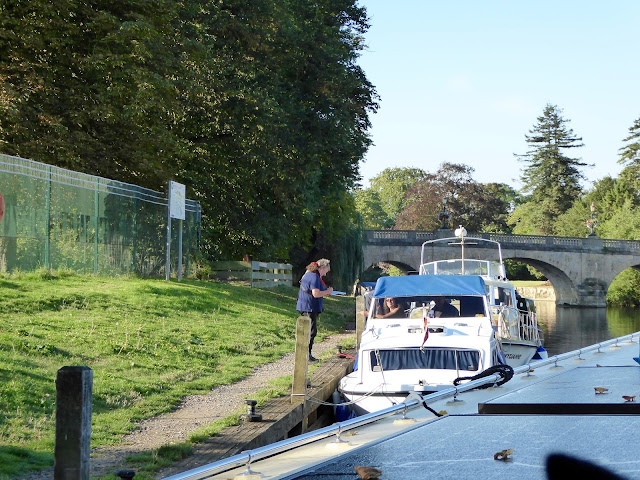 The warden hung around a bit chatting waiting for Maffi to return to his boat as we untied the ropes and pulled out ... 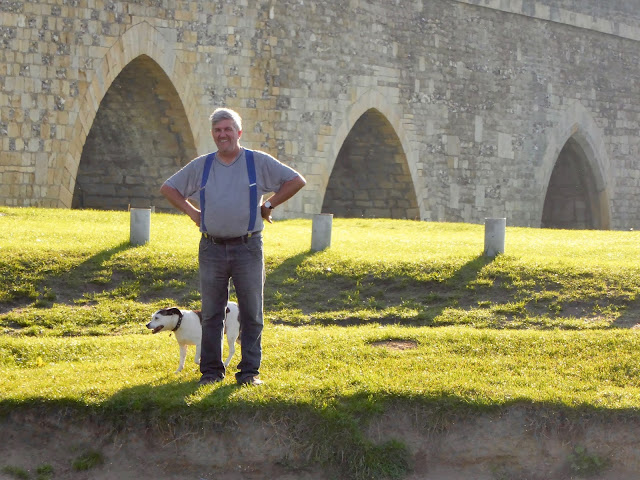 … and 10 minuets later here he is with Molly on the other side of the bridge.
See you next year Maffs! 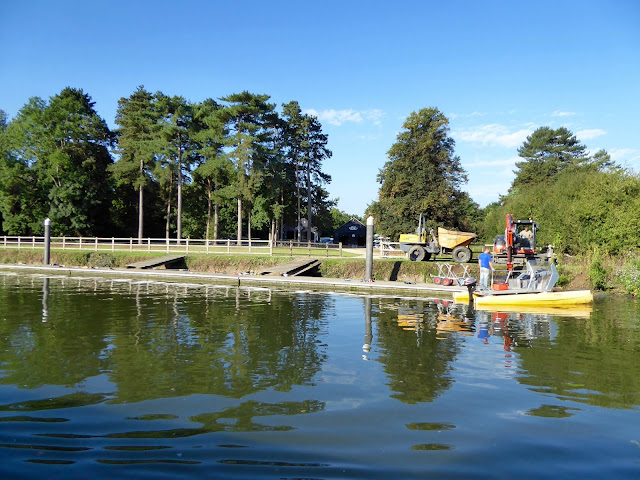 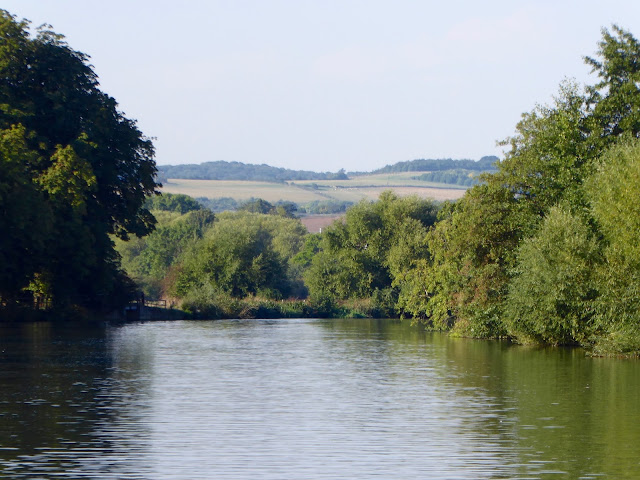 Great views as we cruise 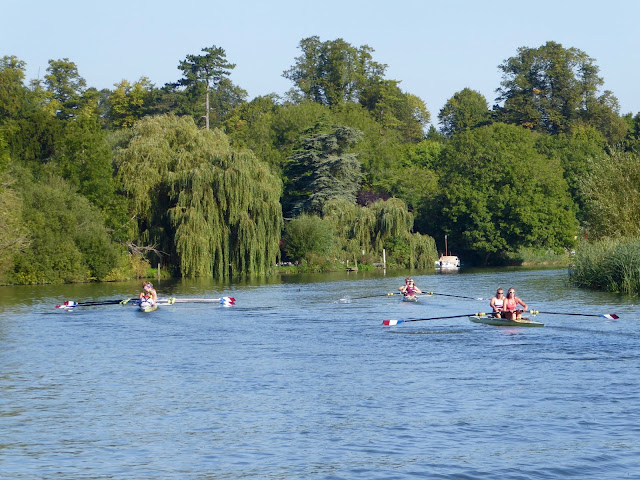 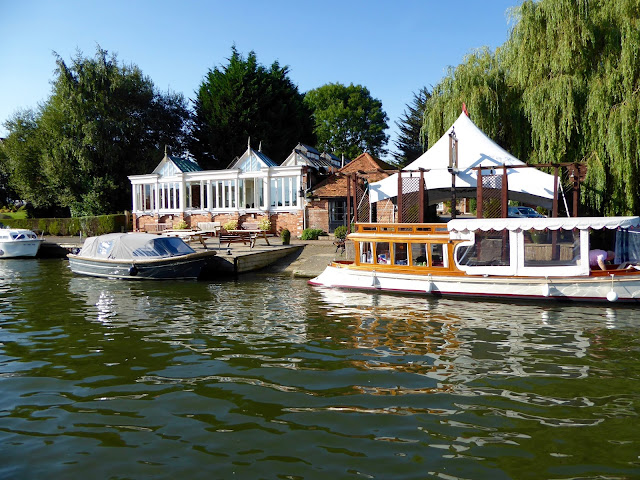 The Beetle and Wedge at Moulsford where ‘Three men in a Boat’ was filmed and the river is the haunt of Ratty, Mole and Toad from ‘Wind in the Willows’ 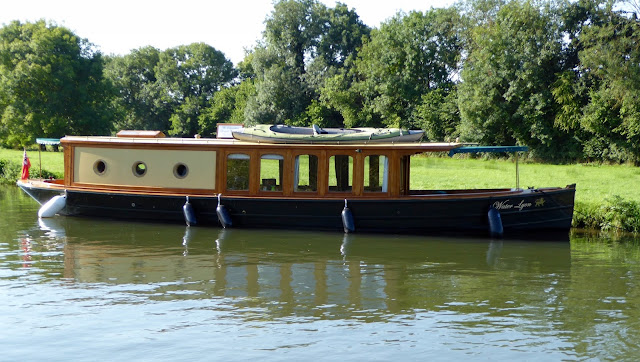 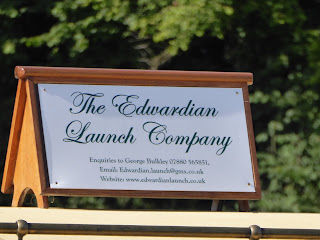 The Water Lyon, a rather nice launch! 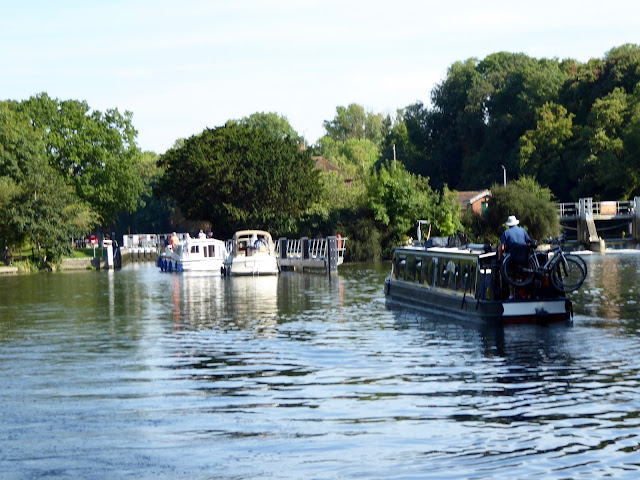 Fun at Cleeve Lock … we stopped for water above the lock where the sign informed us that the lock was on self service today, no problem for us we were not in a hurry.  Boats went down the lock as we filled the tank and I went to operate the lock when no-one closed the bottom gates and no-one from the boats below came up either.  I saw them up and through and just as we were ready to leave a hire Le Boat came and George allowed them though (we wouldn’t fit in with them).  They were a group from Florida come to England for the cooler air … on the hottest day of 2016 so far at nearly 30 degrees!  They’d never ‘done’ a lock before so I showed them the ropes. 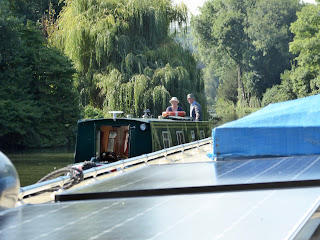 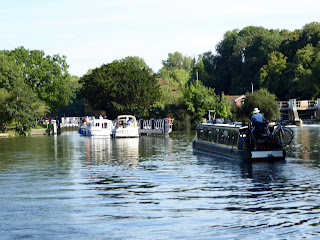 By the time we were through the lock there were 5 boats waiting to go up … and here comes another one! 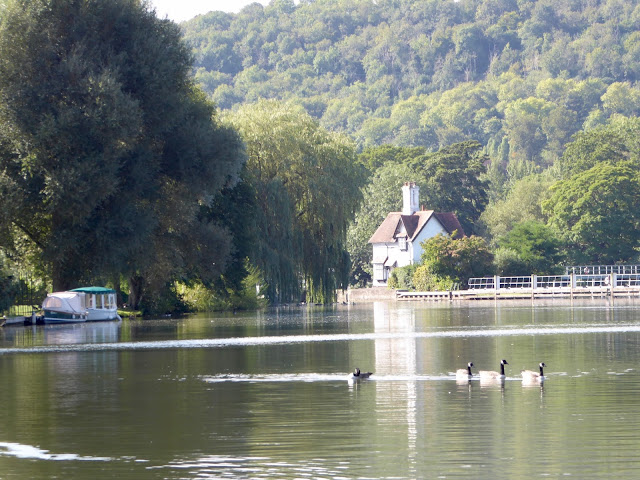 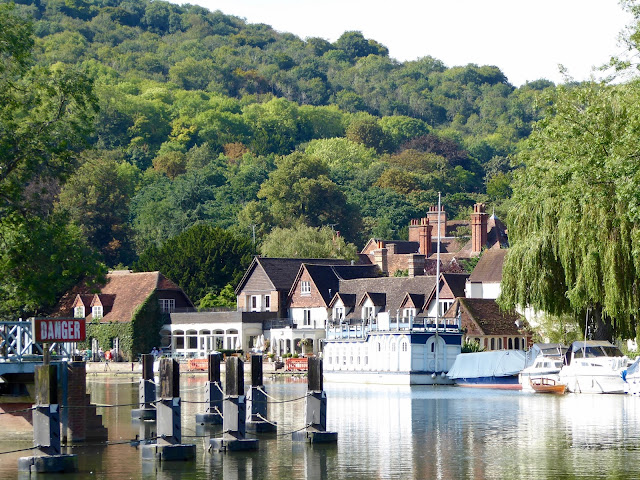 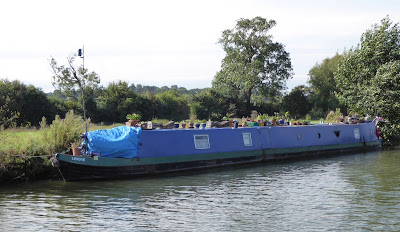 Ubique has been on this mooring at Upper Basildon since July this year, the EA really does need to get on top of overstayers. 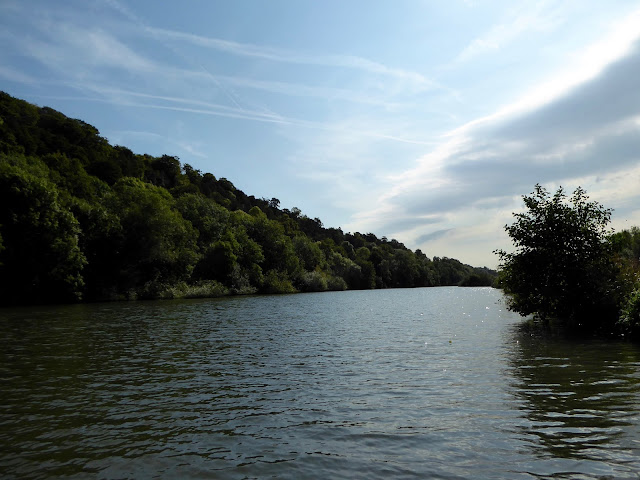 Well here we are, George’s very favourite mooring on the northern end of Beale Park 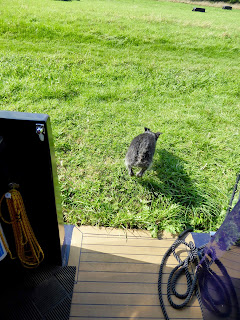 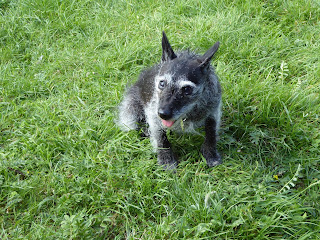 Molly is chuffed to monkeys because she can step off the boat without help, doesn’t she look please with herself! 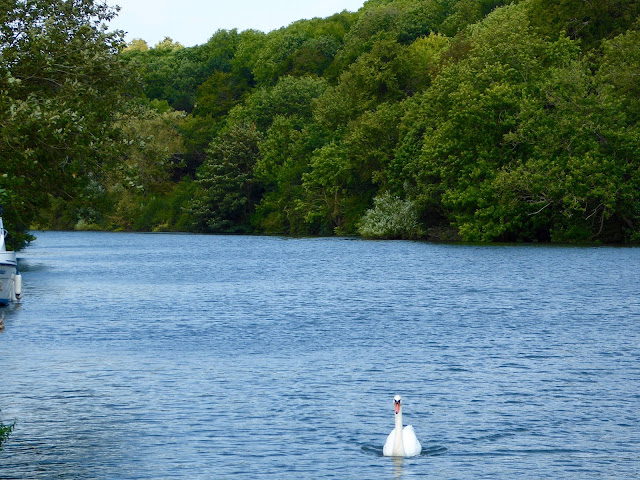 Sooooo tranquil!
Posted by Carol at 07:57

Why do you think that Ubique is overstaying ? As far as I am aware, on rivers it's up to the land owner as to how long anyone can moor, I am not aware of any navigation authority rules regarding mooring other than at it's own sites

Perhaps it is something about the name Umbique, We have an overstaying Umbique on the Fossdyke as well!

One small step for Molly,
one huge smile in return...
enjoy the meadow Molly :)

Great to see you three yesterday (Tuesday) and meet Carol and Molly. Sorry if I wasn't the best of hosts ... you caught me off guard as I was pulling the bed up to check the black water tank as well as rearranging the anchor up front, and various boaty tasks.

Thanks for the wave this morning. I saw the camera come out so expect to be front page news on the blog tomorrow !!

Now back at Goring with Carole back on board and heading downstream from tomorrow. Hope we see you again.

I would have thought Alf that if this particular mooring was in private hands (not in the hands of EA) there would be notices to that effect. We moored in this spot last summer on two occasions for a few days each time and I’m fairly sure that it’s part of Beale Park estate moorings.

You may be right!

She has Kevin, definitely has! x

Good to meet you Paul, and pleased that Carole got back safely to you. Sorry I missed you as you passed yesterday, I was off picking blackberries. We’ll look forward to meeting with you properly in hopefully the not too distant future.