Going for a look-see 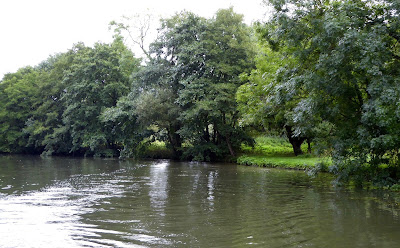 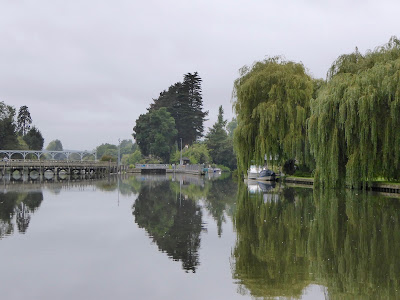 It was only half a mile or so to the first lock of the day which because it was before 9am was still on self-service.  Fortunately as I approached the lock the gates opened and a narrowboat exited so George was able to bring Still Rockin’ straight in 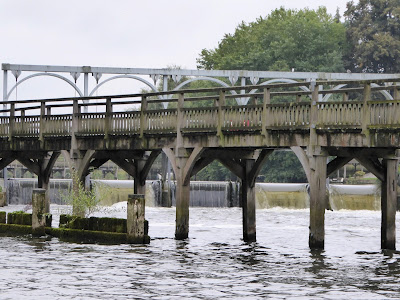 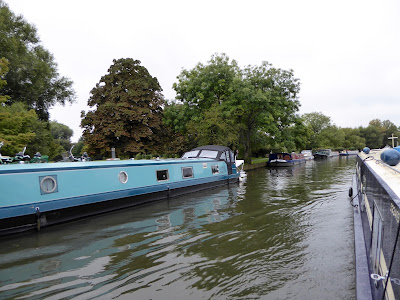 Approaching Henley we were surprised to see so many boats moored (mainly widebeams!) but there were still a couple of spaces left, not that we wanted to stop today. 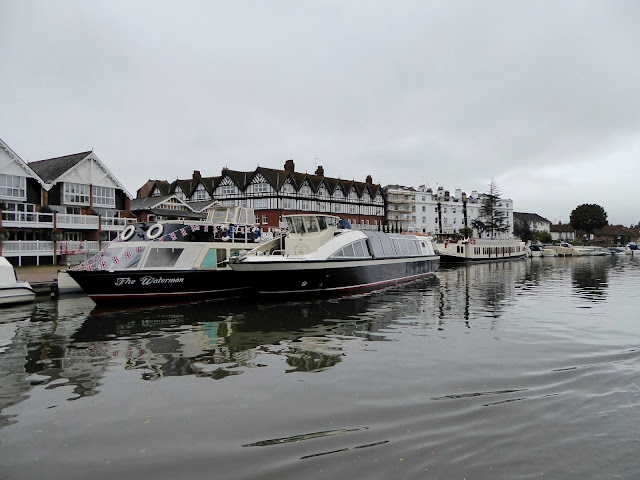 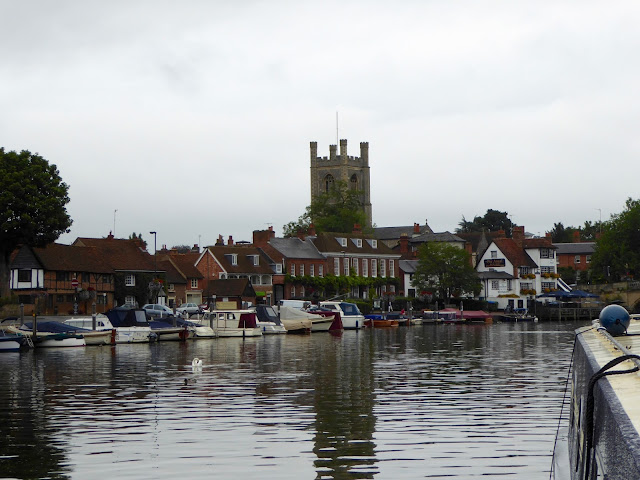 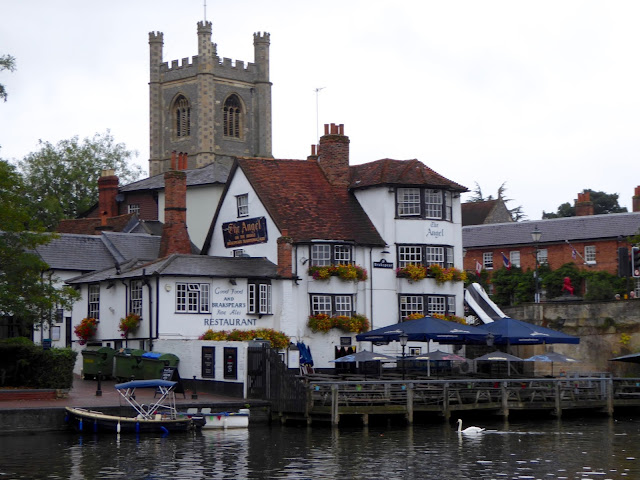 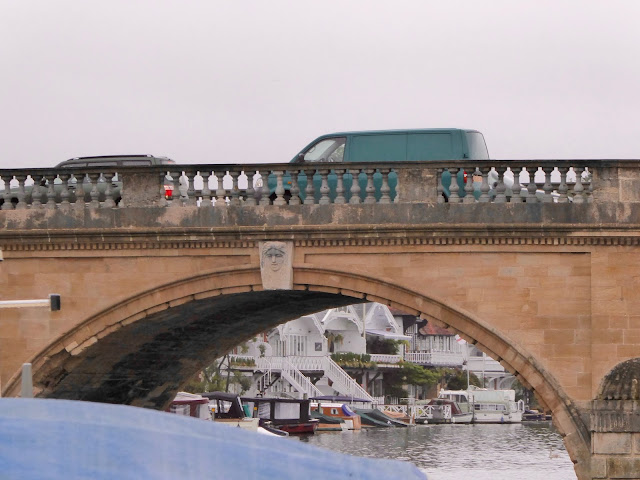 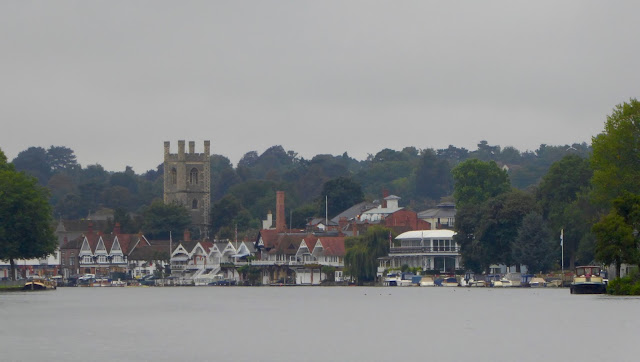 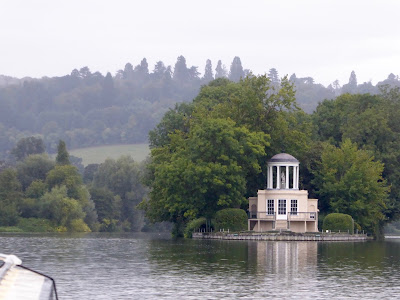 Passing Temple Island as we leave Henley behind us 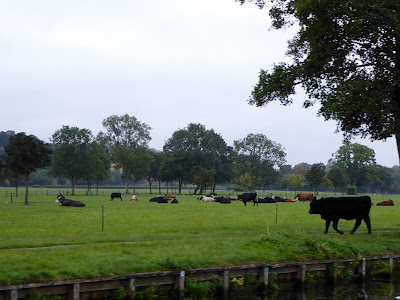 The one that got away!

We pulled over at the end of the moorings at the very top of Henley as we needed to walk, we’re going to have a look around Hambledon Marina, our first winter mooring in nine years of continuous cruising! 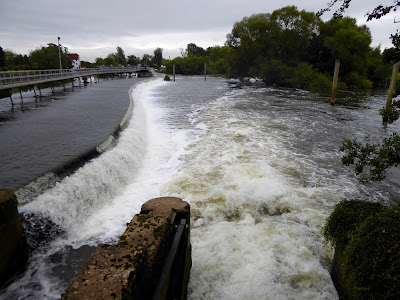 After crossing Hambledon Lock we walk over the very long weir path, again there was lots of water pouring through 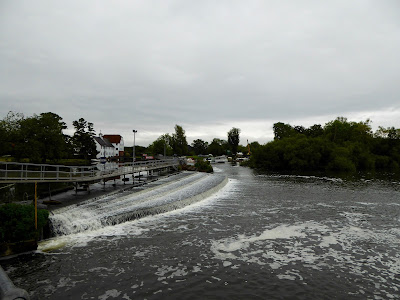 The weirs are in three distinct sections, this one being in the middle and we hoped that our designated mooring wouldn’t be too noisy 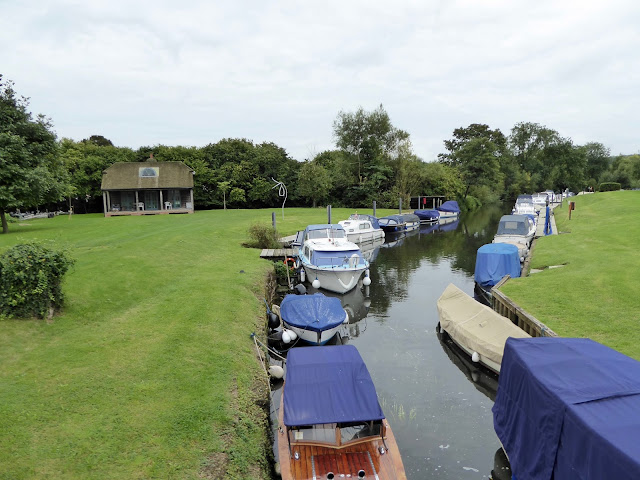 Peter, the marina owner met us and showed us around.  Most of the small cruisers here will be taken out in the next few weeks and placed on the island (right) leaving the floating pontoon (the section where you can see the poles) available for Still Rockin’ and presumably other winter moorers too.  It’s a small family run business and the marina is quiet with minimal amenities but everything we’ll need.  Apparently in the village of Hambledon there’s a pub which serves food (wonder if they take dogs) and a small village shop.  Henley is within walking distance and there’s a regular bus service between Henley and Marlow so I’m sure we’ll be very happy there.  After a cup of tea with Peter and Corin we said our cheerios and look forward to seeing them again in November. 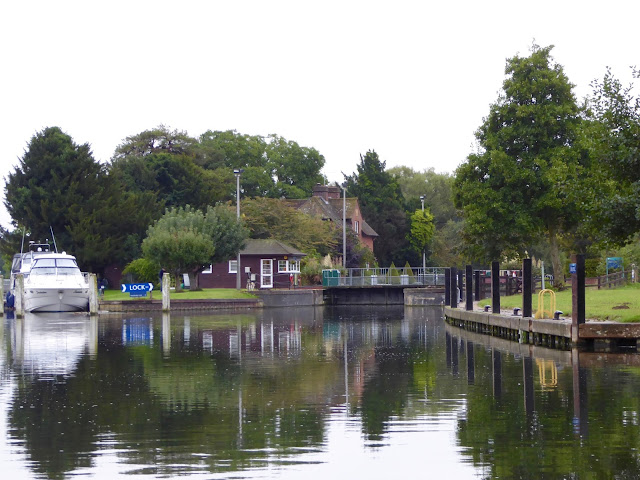 We walked back over the weir to where we’d left the boat, turned and approached Hambledon Lock (the marina is situated just below) 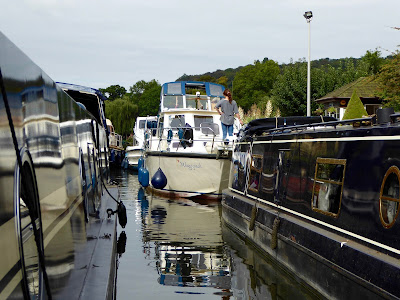 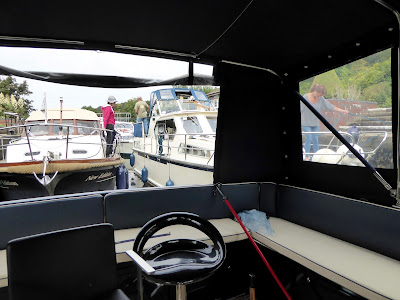 … and from the stern, there were 6 boats going down with us! 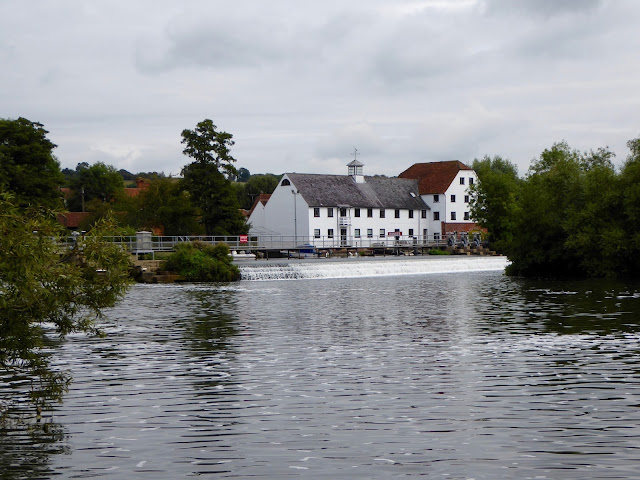 Hambledon Mill across the weir 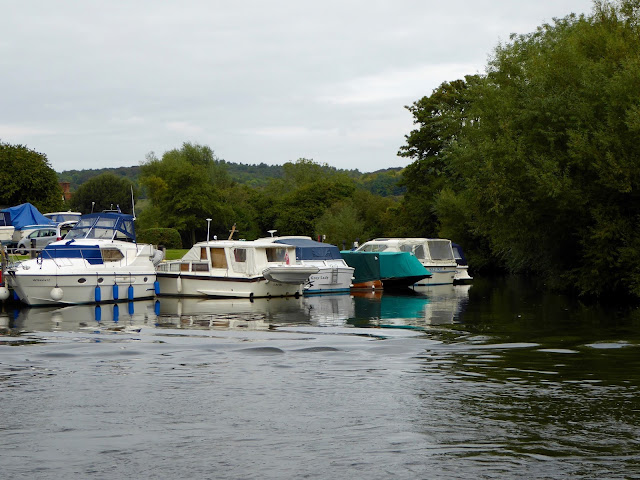 Once these small boats are on the land for winter this is where we’ll enter the marina and our mooring. 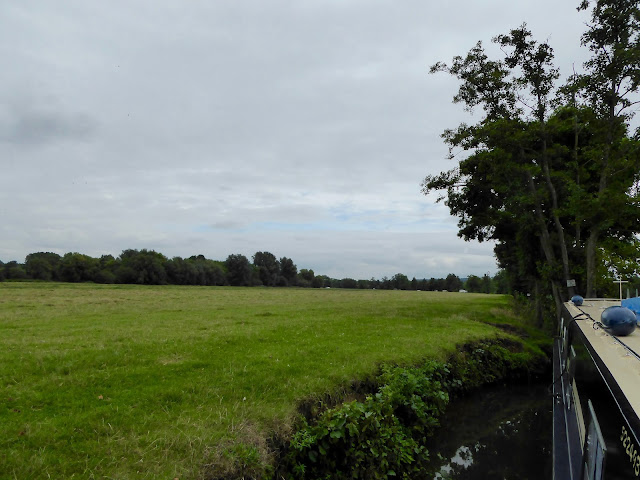 It was then only a mile or so to our current mooring at Medmenham just for tonight.
Posted by Carol at 17:26