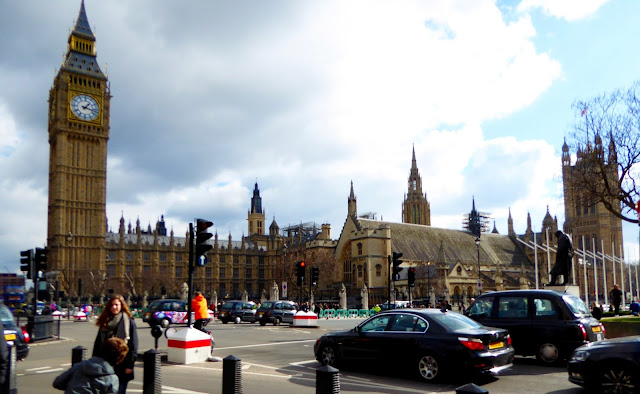 … with the Houses of Parliament and Westminster Palace over the road 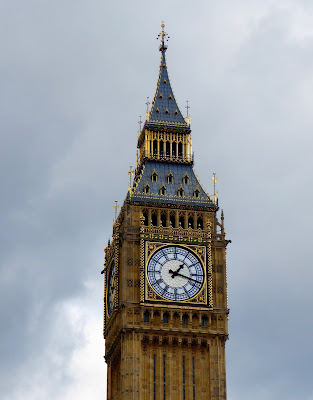 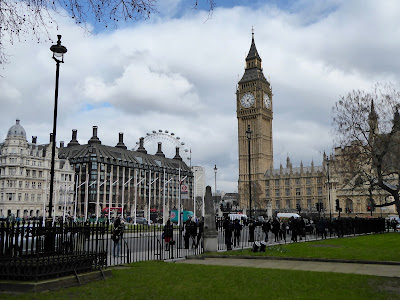 Portcullis House, the London Eye and the Houses of Parliament 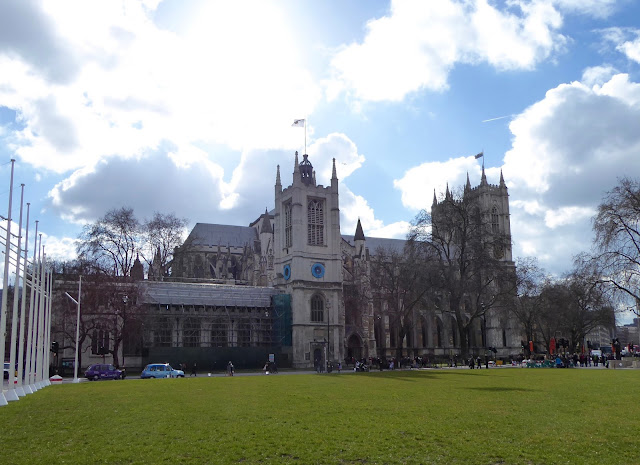 My destination is to the right and behind St Margaret’s Church, the Anglican Church of the House of Commons.  Unfortunately it's closed at present but well worth a visit I think next time. 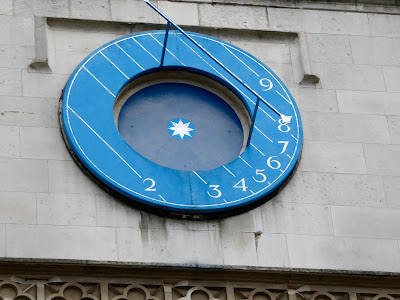 An unusual vertical sundial of the tower of St Margaret's 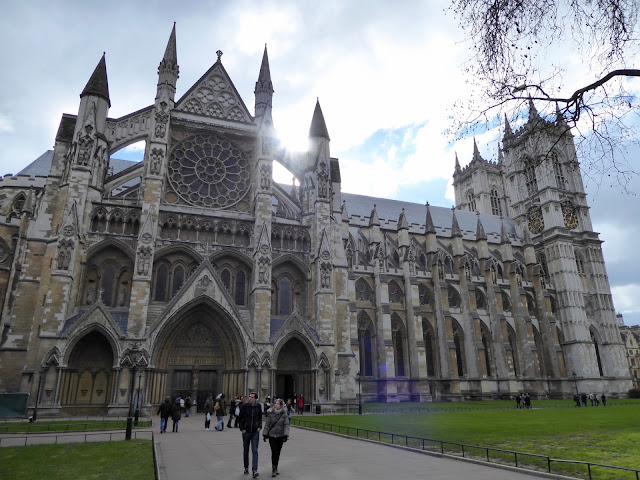 Westminster Abbey
where I’d booked a guided tour with one of the Vergers allowing me to see parts of the Abbey not available normally.  (The verger arrived wearing a warm woollen cape which gives some indication of how cold it was in there!).  The tour was very interesting and for the extra £5 was well worth it.

Looking up at the Nave

The magnificent Lady Chapel ceiling and ensigns of current knights 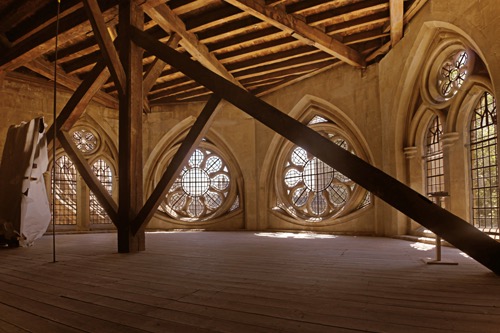 "Westminster Abbey is embarking on an exciting new project to build a new museum and gallery: The Queen's Diamond Jubilee Galleries, in the Abbey's medieval triforium.
The gallery runs 70 ft above the Abbey floor, and has been hidden to the public for over 700 years. The new galleries will give visitors magnificent views to the Palace of Westminster and into the church, displaying treasures and collections reflecting the Abbey's rich and varied thousand-year history.”
For more more information click here and here
The tour lasted about 90-minutes and as soon as it was finished I went in search of a hot drink in the Cellurium Cafe before continuing my tour by visiting the Cloisters 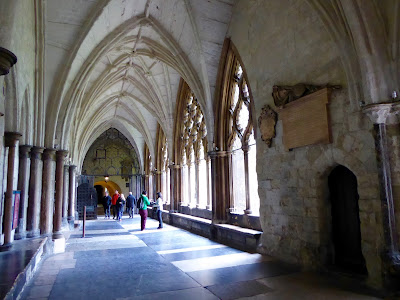 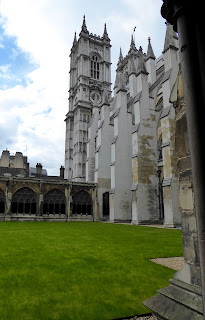 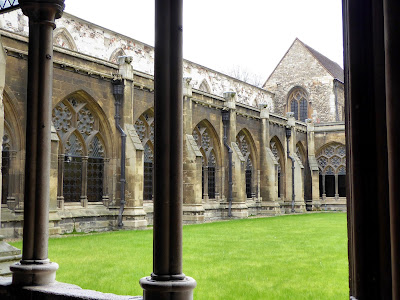 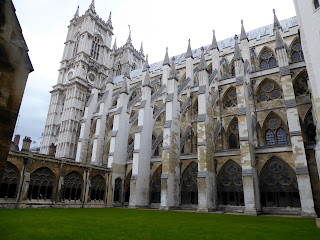 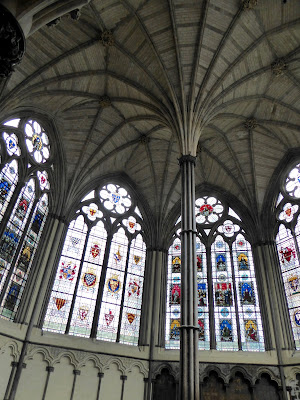 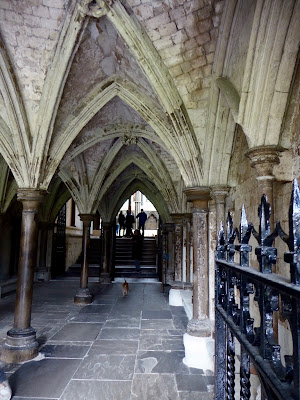 … and the Chapter House where I met the Abbey resident cat! 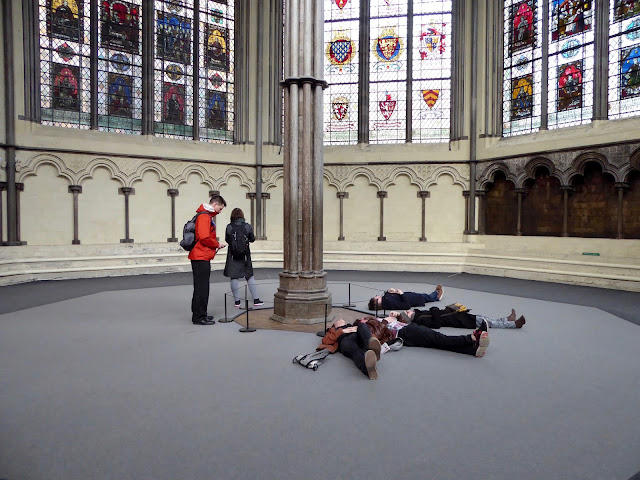 These Abbey visitors were creating sounds that echoed quite musically round the  octagonal building which was used as a meeting room for the monks. 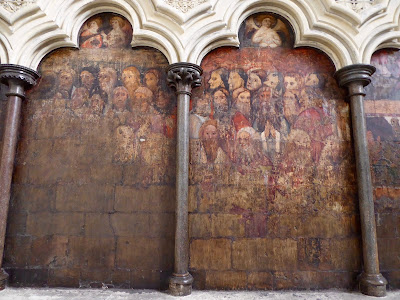 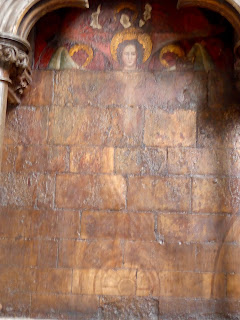 Wall paintings in the Chapter house date back to around 1400 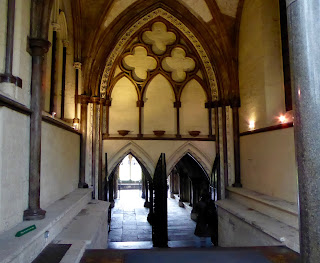 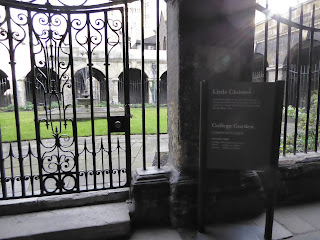 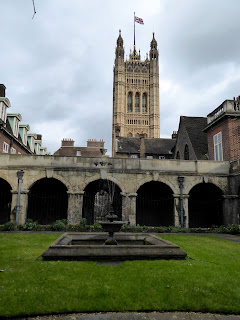 The Little Cloister and College Garden 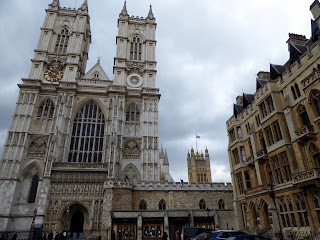 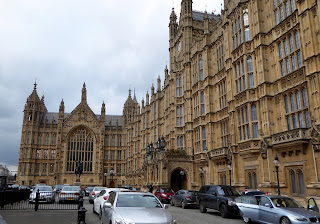 … I crossed the road to walk alongside the Palace of Westminster 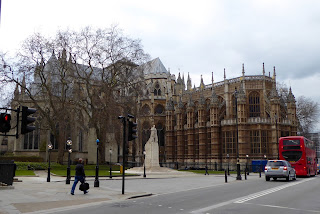 … and took a final photograph of the Abbey.

Another great day in London! 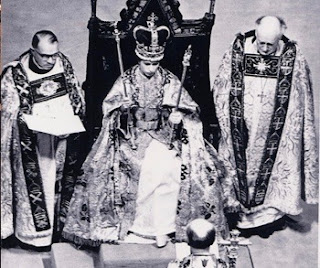 The Coronation of Queen Elizabeth II took place at Westminster Abbey on 2nd June 1953 and the link above will take you to a digitally enhanced Utube video recording by the BBC of that day.
Posted by Carol at 14:22