To another of our favourite moorings 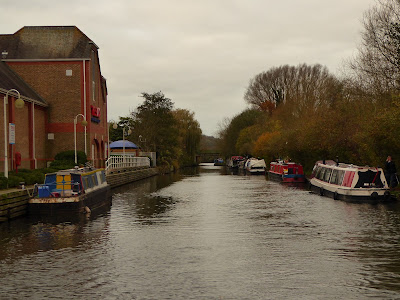 Alarm set for 6 this morning but Molly was anxious to be out at 5:30 so that was us up and about.  We pulled out of our Tesco mooring at Rickmansworth at 7:30 ... … passing historic narrow boat Roger with its wooden hull. MV Roger was first registered in 1936 and built for Samuel Barlow Coal Co. Ltd. It looks currently to have no engine in it. 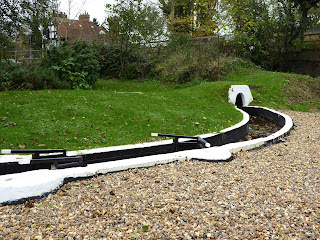 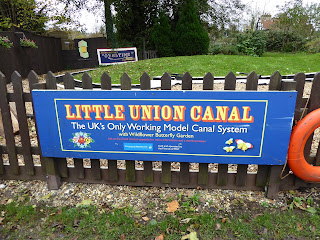 Like a few canals this summer the Little Union Canal at Batchworth is just about empty of water and full of leaves! 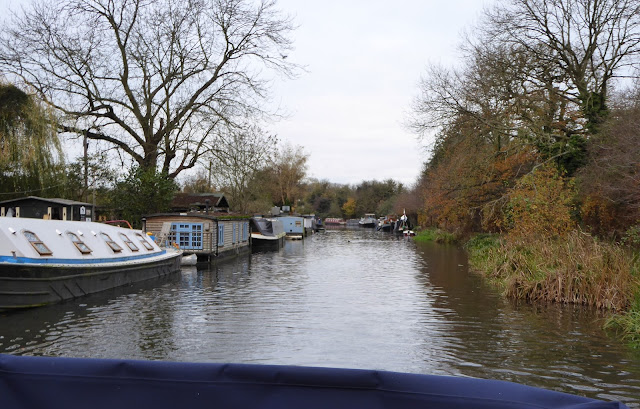 I’ve left George at the helm of Still Rockin’ whilst I walk on to set the locks ahead and the photo above was taken by George as he’d successfully navigated past the permanently moored boats on both sides above Batchworth. 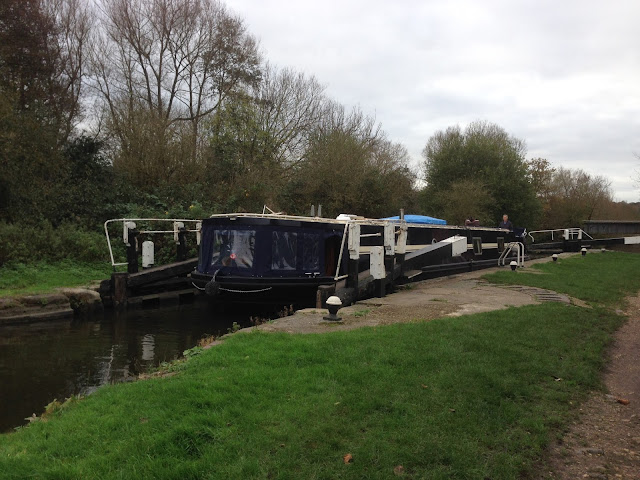 When I arrived at Lot Mead Lock both top gates were open so I walked up and closed the gate on the towpath side, returned to the bottom gates and crossed over to close the other top gate and as I’m doing that I glanced up, the other gate had opened again! So round I go again to close the towpath side and back again because the other had opened again. Even though I opened the bottom paddles a crack I couldn’t get the gates to stay closed so I signalled to George to pull over onto the lock landing so that we could do the gates together.  I have no qualms in stating that as we left we didn’t bother trying to close those dratted top gates. 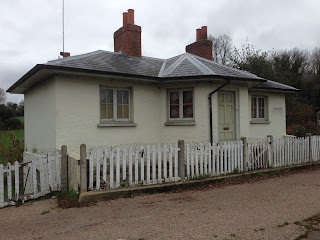 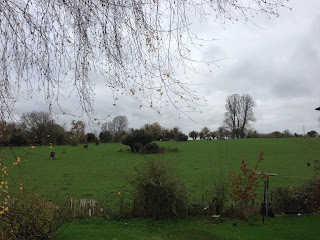 Next was Common Moor Lock with its glorious views over the fields, it’s a shame that the lock cottage looks rather neglected. 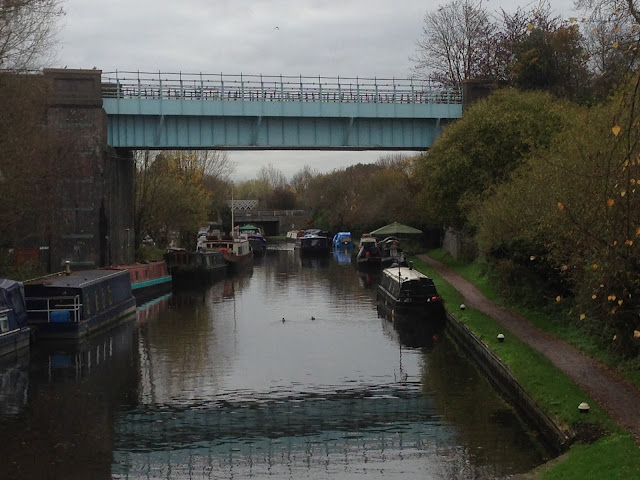 Another challenge for George as he brings Still Rockin’ past Bridgewater Marina again with boats moored on both sides ... 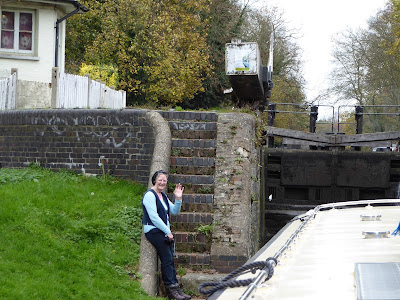 … whilst I wait for him to pass into Cassio Bridge Lock where we swap duties with me taking the boat up and George doing the gates and sluices. 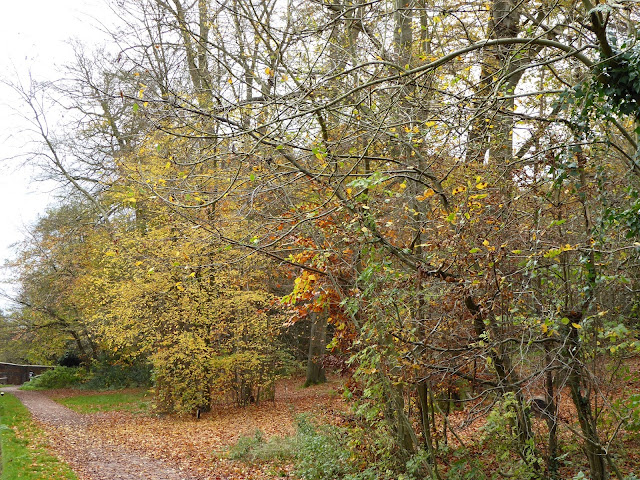 It’s not long then that we reach our destination for the next few days (or for however long we decide to stay) at Cassiobury Park where we’ll have loads of walks through the magnificent trees admiring the autumn colours. 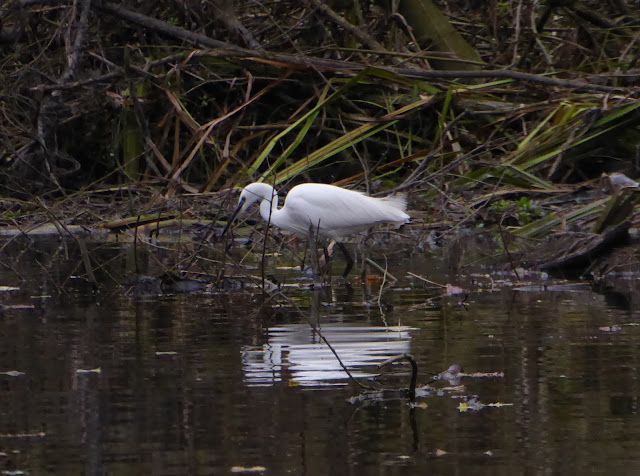 This beautiful Little Egret appeared in the mud and weeds opposite our mooring.  I took lots of pictures and do not apologise for posting more than a couple here. 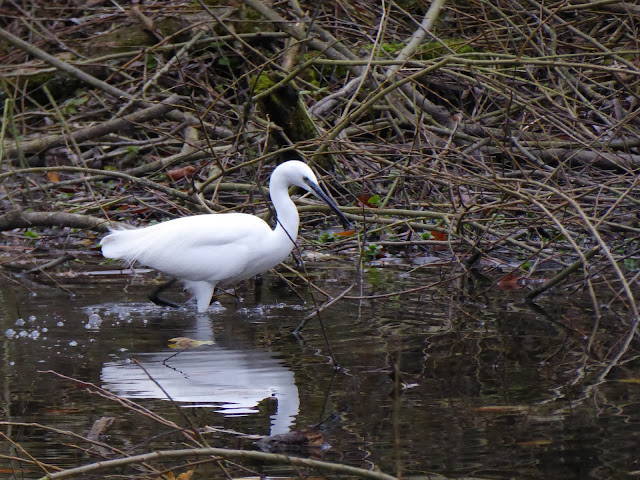 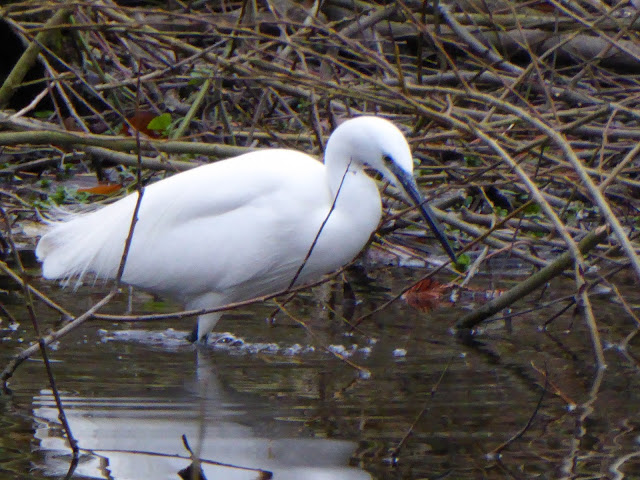 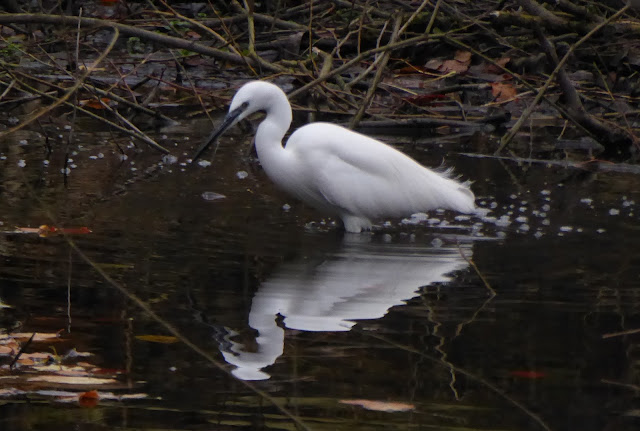 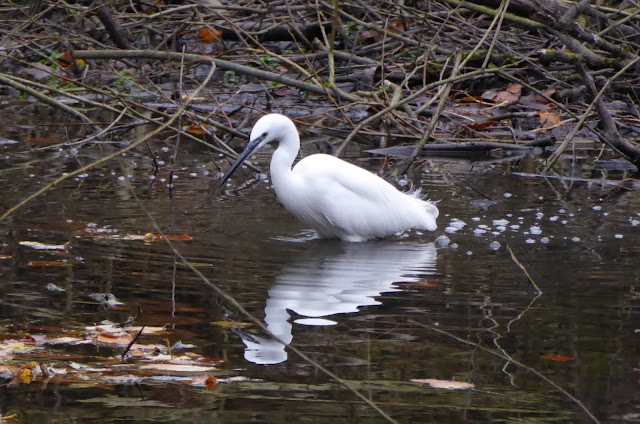 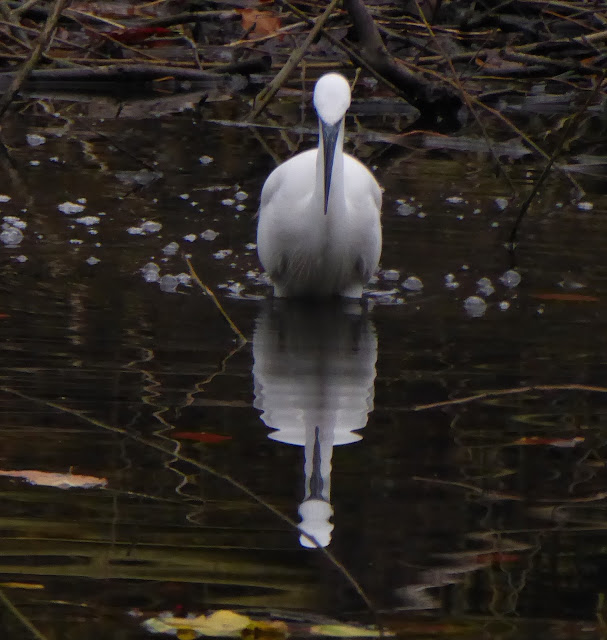 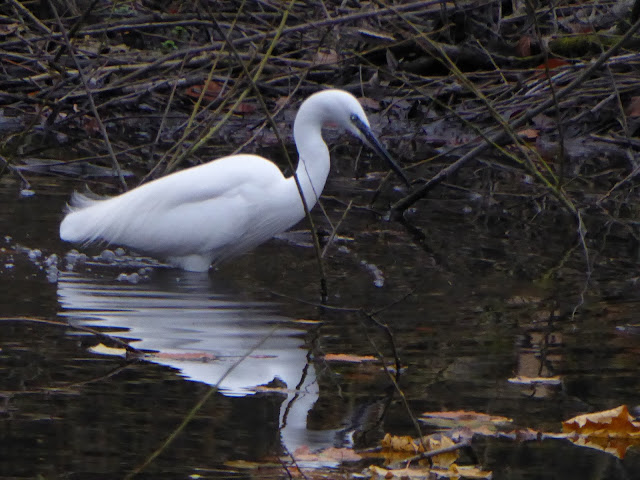 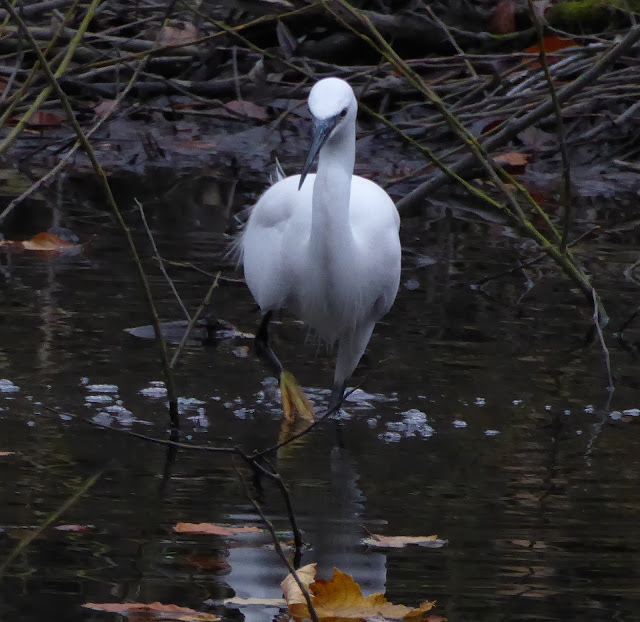 It is so good to be on the move.

Thank you for those pictures Carol, I remembered seeing a little egret on our trip down to the Slough Arm but for the life of me I couldn't remember where!!
Kath (nb Herbie)