And the man watched

The canal here at Bourne End is a bit shallow by the bank in places and as we arrived on Sunday I suggested that we moor further up near the slight righthand bend but George thought otherwise.  We moored up on the second try.  Yesterday morning George got me out of bed after he’d showered to move the boat as we were so tipped the water was not draining from the shower tray!  Guess where we moved to? 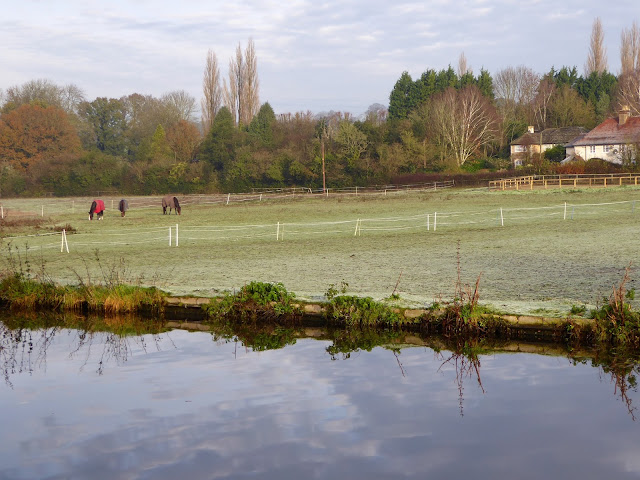 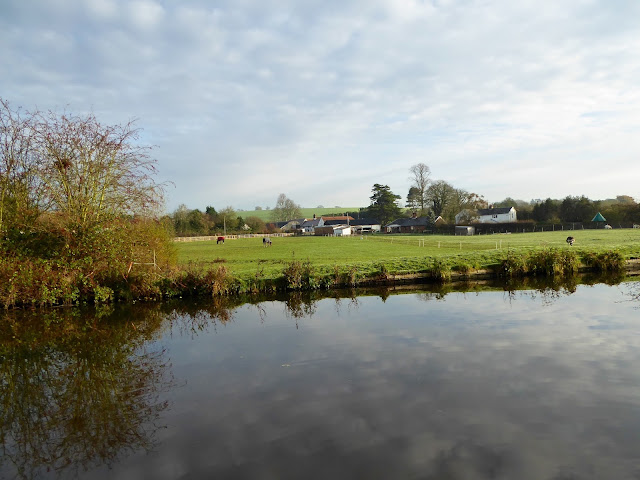 … to here.  Just a 100 yards or so to the slight righthand bend!
After a few boats had passed us George noticed that a boat ahead had come loose from its mooring.  The red/green boat had just pulled in and put its pins in and the boater went inside his boat, he cannot have not seen the other boat across the canal!  Anyway, George went up to secure the wandering boat as the boater came out, and George mentioned that he was going to secure the boat.  The man said that he didn’t like touching other people’s boats as it’s not always appreciated but did say that he would help.  I’ll let the pictures tell how he helped ... 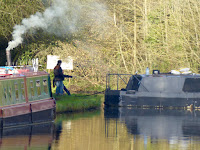 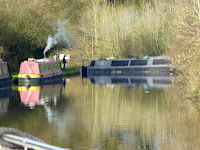 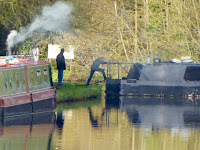 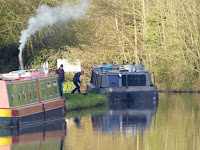 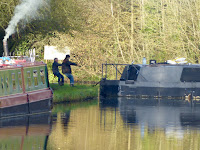 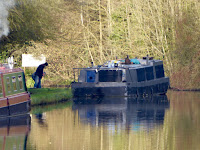 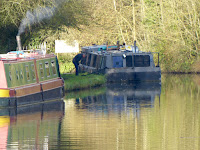 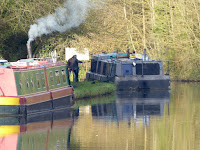 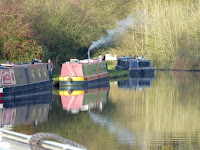 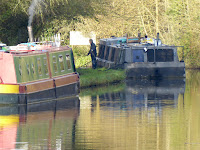 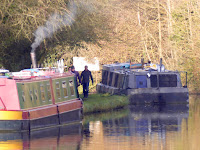 Did you see him holding the rope? 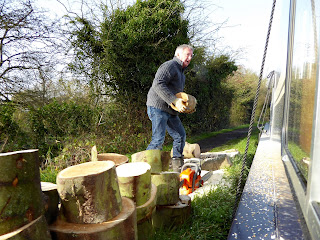 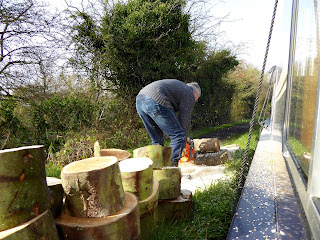 George spent most of the rest of the day chainsawing and chopping the wood we’ve collected over the past few weeks and stacking it into the wood box on the roof and inside the bow. It should last us a month or so, it all helps. 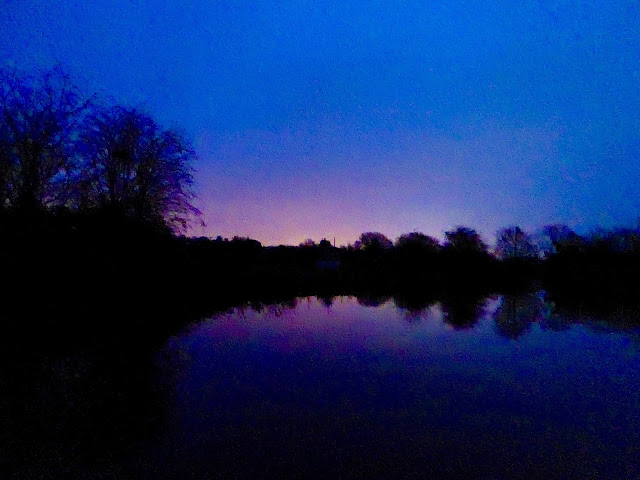 Sunrise at 7:50 this morning

For sale … Narrowboat Windsong click on the link for details.
Posted by Carol at 08:04

Carol said: "Did you see him holding the rope?"
Kevin said: "Yes, but only the once in the photo on the left of row two, LOL"

And finally regarding nb Windsong, am I being stupid or has Pip totally disabled the chance to leave a comment?

OK back to work for me, lunch over, keep wrapped up and warm :)