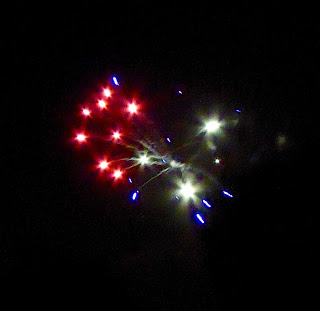 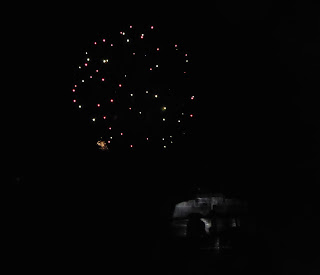 A couple of not brilliant firework photos taken over Denham Deep Lock the night before we left.  If you click on the left-hand picture you can see the lock.

I cricked my back about six weeks ago and it’s only just starting to feel better.  I now need to build up the strength again so yesterday I walked the towpath 5 ½ miles and set 6 locks for George to bring in Still Rockin’ ( I lie because both gates on two of the locks had been left open!)

8th November was the Grand Union Half Marathon and as I walked I worried for their safety.  After all the rain over the past days the towpath was extremely slippy on the wet leaves with patches of deep mud where cyclists had ridden through this morning. When we watched a half marathon on the Thames at Henley there were safety boats out ‘just in case’ but not on the canal where the runners' path is narrow with soft slippy grassy banks straight into the water.  I thought it would be a miracle if there were no accidents today. 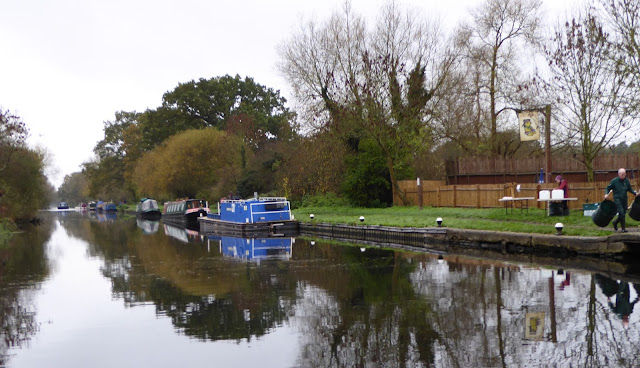 Waiting for Still Rockin’ at Widewater Lock.  The couple by the pub garden are setting out a water stop for the runners 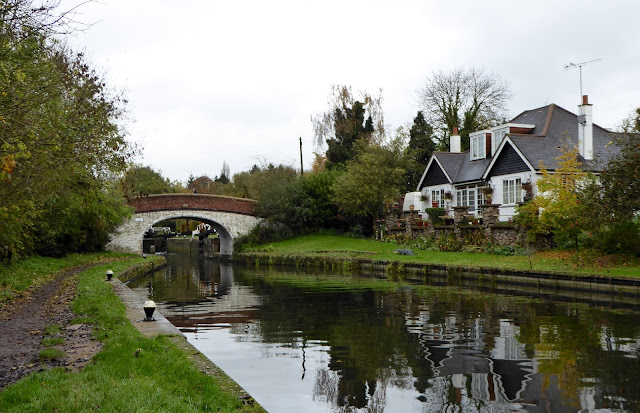 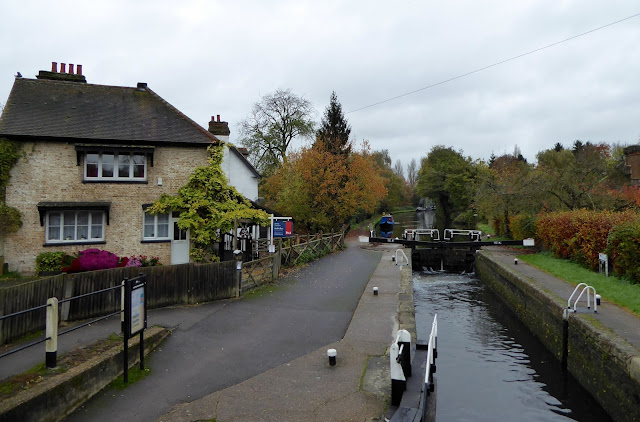 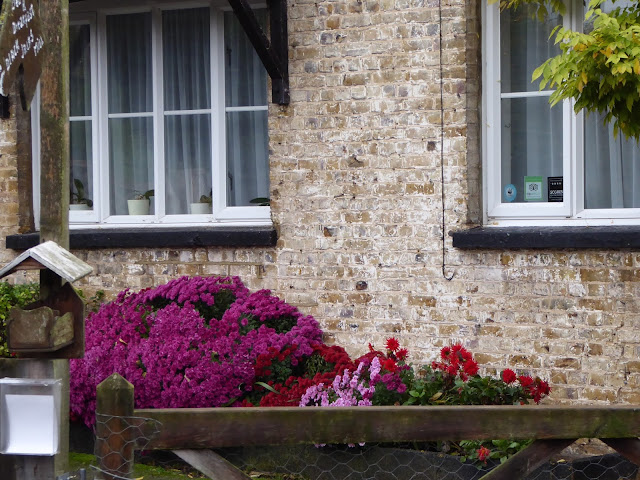 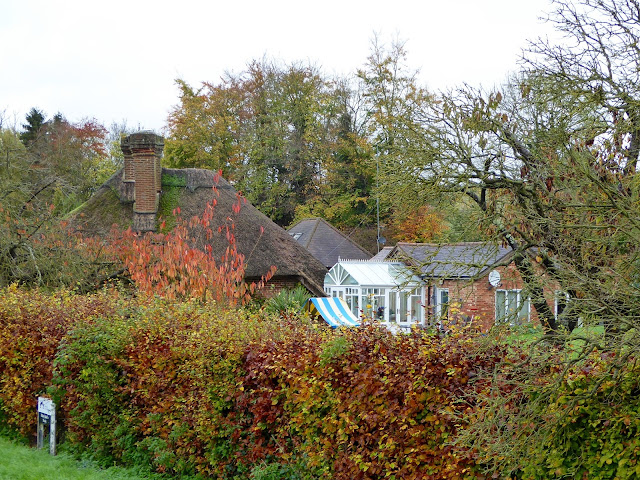 Another autumn setting opposite too 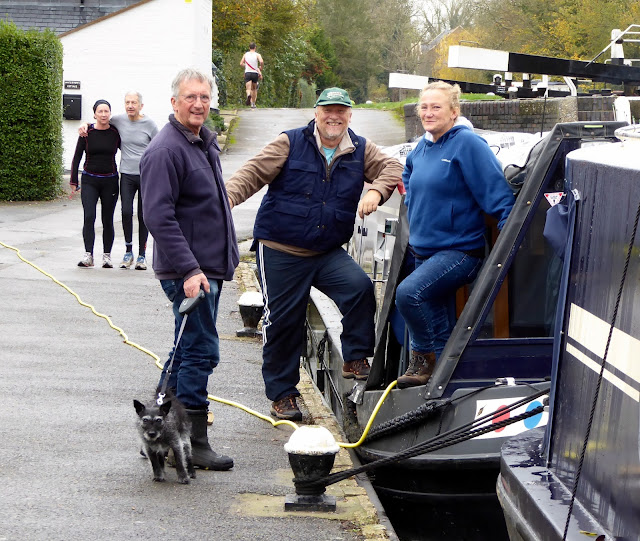 At Coppermill Lock we met up with Carolyn and Gary whose blog we follow.  This was our first meeting although they had met and chatted to my sister Sandra at Stone visitor moorings some time ago, small world!  It was good to meet you both and have a chat while Inca’s water tank was filling.

The first of the runners are starting to come through now, they started at 10am an this picture was taken at 10:42. 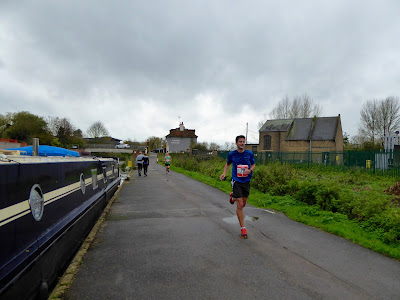 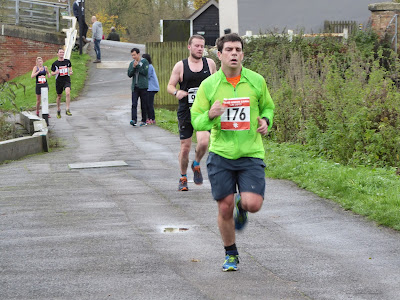 … and these just a few moments afterwards 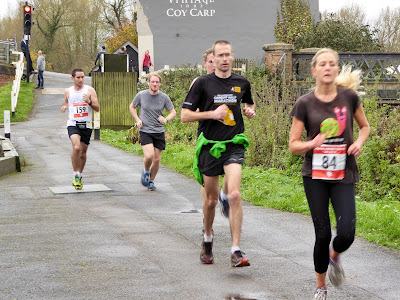 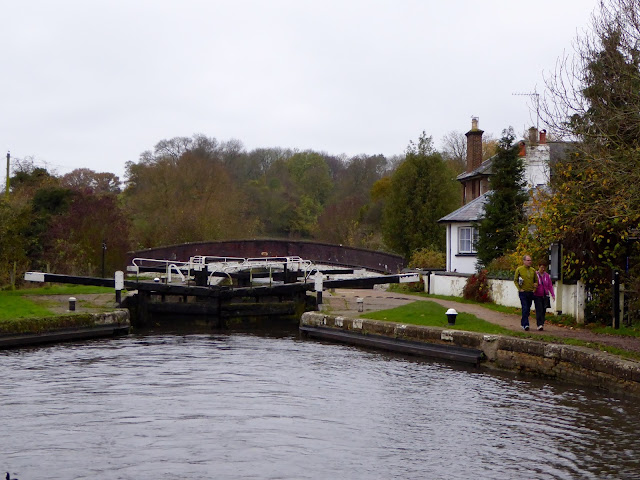 Stocker’s Lock, the last of the day.
We managed to squeeze into the last space on the wall at Tesco’s but decided as soon as we’d tied up that it would be better to move across the canal to the very last available mooring and do the shopping tomorrow as the forecast was for very high winds.  It was 2pm by the time we’d settled and spent a very relaxed afternoon stretched out on the sofas. 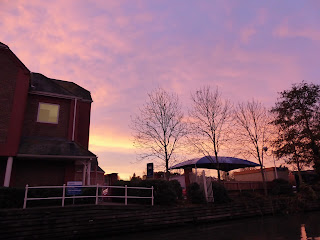 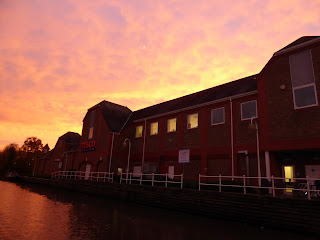 The sky views this morning - looks like it’ll be a good day!
Posted by Carol at 08:35