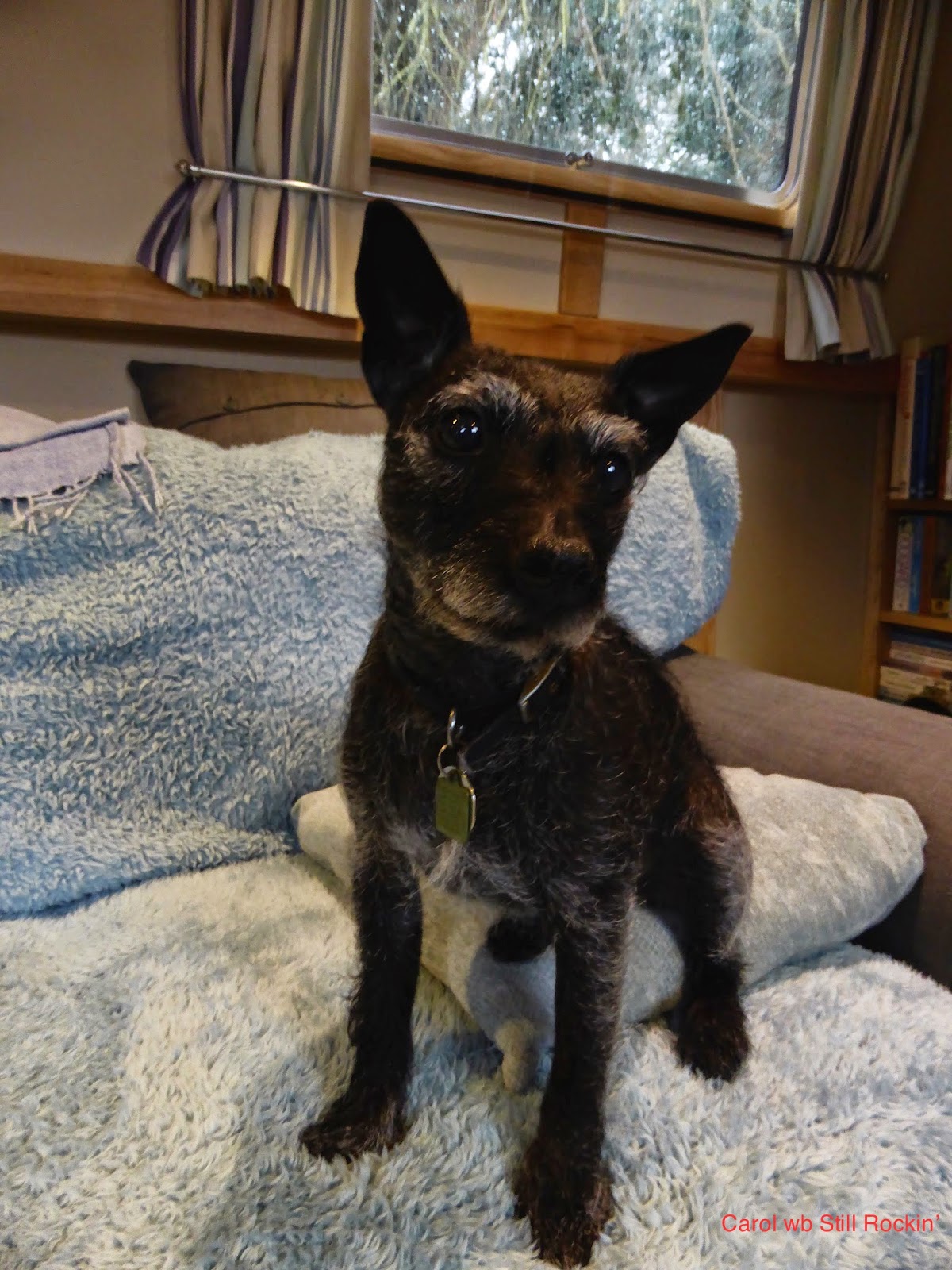 Late one evening mid-December just before we went to bed we noticed that Molly’s left eye was ‘cloudy’ and appeared to be causing her some discomfort.  The following morning (Sunday) we managed to get an emergency vet appointment and after examination the vet diagnosed mild periorbital oedema and prescribed eye cream for 7 days; we were to return if the eye didn’t improve or if it became worse. It did seem to get a lot better but we kept up with the eye cream.

On Christmas Eve when we arrived at our son’s house for the holiday Molly was obviously in some pain and could not keep her left eye open and it was very ‘milky’ once again.  We managed to obtain a vet appointment locally and this time the diagnosis was an Iritis of the eye which we understood to be pressure between the top and second layer of the eye and from what was said we understood that glaucoma could be a result of this.  She was prescribed with antibiotics, eye drops and pain relief (Metacam).  Since then although we’ve used the drops regularly her eye was sometimes very cloudy and sometimes quite clear but did not really seem to be getting any better.

This morning her eye was painful again but as soon as she’d had drops and Metacam she seemed okay.  Our plan was to catch the bus to Tring to collect post and do a small Tesco shop, but whilst in town I suggested we tried to see if we could get Molly in to see a vet again as this problem was obviously not going to go away.

Springwell Veterinary Surgery was just a short walk away and were able to fit us in right away ringing the previous vets for information of her previous treatment.  Molly’s eyes were very thoroughly examined by Faye (veterinary surgeon) and she showed us the inflammation in Molly's left eye. She also used an instrument to measure the pressure in Molly’s eyes (Tonometry test). Normal pressure is around 20/25, in Molly the pressure in the left eye was 65 and in her right eye it was 45 - not very good. The vet couldn’t see any shadow in Molly’s left eye which would denote a displaced lens (lens luxation) and because she had not come across this before she asked the senior vet Patrick to take a look.  He confirmed that the lens was indeed displaced. He also explained that glaucoma could have been a secondary problem to this, but because the pressure is also high in her right eye he thinks that instead glaucoma is the primary problem which has led to the luxation of the lens in her left eye. 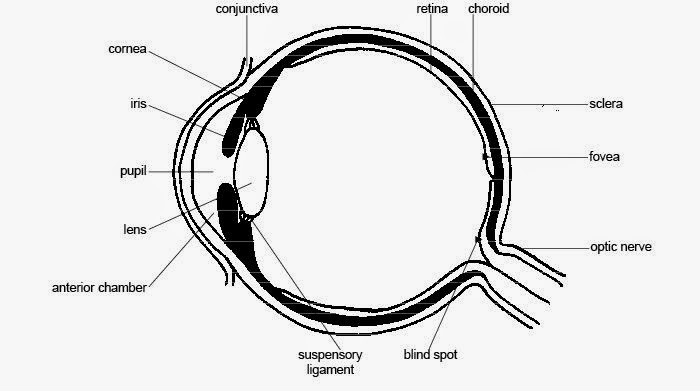 Although this is a diagram of a human eye, a dogs eye is very similar.  You can see the lens attached by tendons behind the cornea and usually when a displacement occurs it’s because the tendons have become weak and the lens moves out of alignment and can be easily put back, but Molly’s lens has become detached completely and has moved in-front of the lens Iris [edited], hence the pressure.

This will be a forever problem and will have to be treated with Trusopt drops in both eyes.  We have another appointment next Monday when they will repeat the tests to see if there’s been any improvement.  Currently there is no anti-inflammatory medication in the drops as she wants to see if they will reduce the pressure without, but if there is no improvement she will also prescribe an anti-inflammatory as well.

Although Molly’s eyes are not so good in herself she is no different at all, she’s still a character, playing with her toys and enjoying a good run-about like a puppy.  We just hope that we’ve caught it in time and can prevent her right eye from further damage.
Posted by Carol at 17:39

It is no concern to you but I have to say that dogs are most interesting when they lose their sight in both eyes.

I had a beloved collie that lost the sight in both eyes some time ago. Not a dog that was interested in me throwing balls. She had lost her sight but showed no signs of that until one day we walked across our fields (land based then) and she fell into one of the newly made ditches to drain our land. I thought it odd that happened.

I found a ball out walking one day in the forest where we walked her and chucked it.. She heard it bounce rather than see it then was confussed. I thought it odd.. So I did some tests and it was obvious she was completely blind!

The vet said not to change anything, no furniture no familiar walking places no fence posts on our land no nothing and that dog was happy for another four years until she got too old for her body..

Thanks for that Sue, at the moment we’re hoping that we’ve caught it in time and can now get proper treatment to prevent matters from going that far. We’ll have to wait and see what the future holds. x

So sorry to read about poor Molly. Just hope that it gets better in time.

Thanks both, our fingers are crossed too.

She seems as well as ever in herself but it’s not something that will get better, we hope that it just won’t become any worse.

Take comfort from Sue's experience and the fact that you are actively dealing with the problem by getting the appropriate treatment for her, and as she is to all intents and purposes just getting on with her life I think she is happy enough, don't you?
X Lesley

Thanks Lesley, Oh yes Molly is happy, apart from the cloudiness in her eye she’s exactly as she’s always been. In fact after 4 days of the drops her left eye is much, much clearer. We’ve another appointment on Monday so hopefully the retests will be lower pressure.