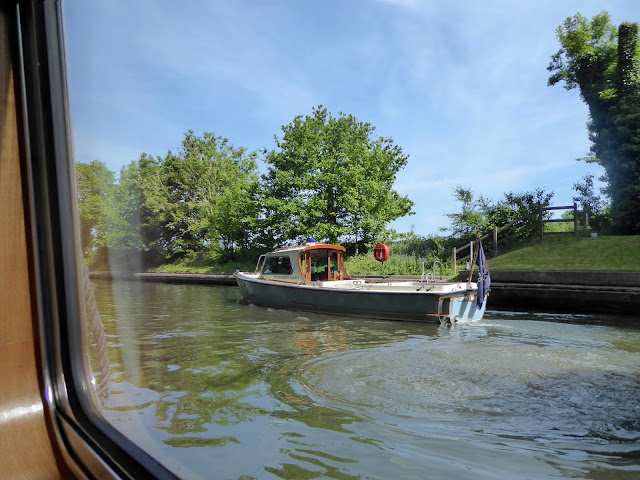 Friday (18th May) from the lock landing at Cookham.
We've seen quite a number of EA boats out on the river over the past week or so.  They are part of the security arrangements for the royal wedding tomorrow advising boaters about where and where not to cruise and moor etc.  They've also been checking licenses and warning speeding boats too. 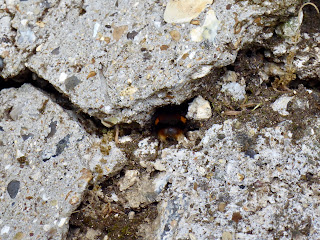 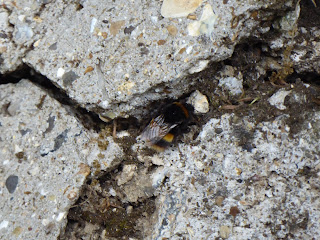 If you click on these two photos to enlarge, you'll see a queen bee trying out the holes in the concrete on the wharf-side where we're moored.  She's after a new nest site. 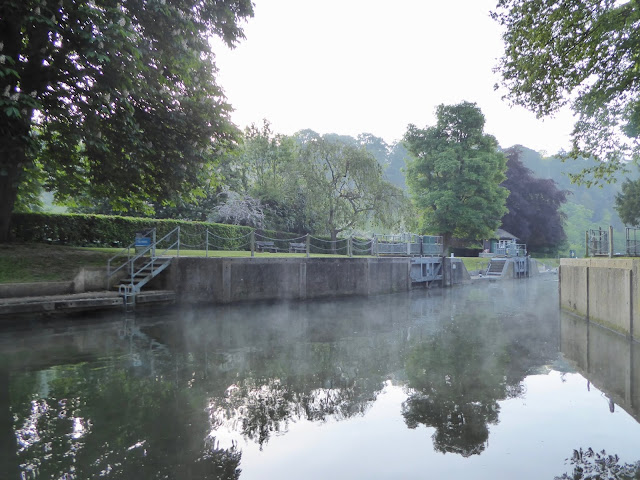 Saturday just after 6am it looks to be a good day weather-wise.  Some naughty boater though has left the lock gates open!

By 8am we were in the hire car (Enterprise) and heading north to the West Midlands for the weekend.  Our first port of call was to see our daughter-in-law Ange and business partner Julie in their new venture in Newport, Shropshire ... 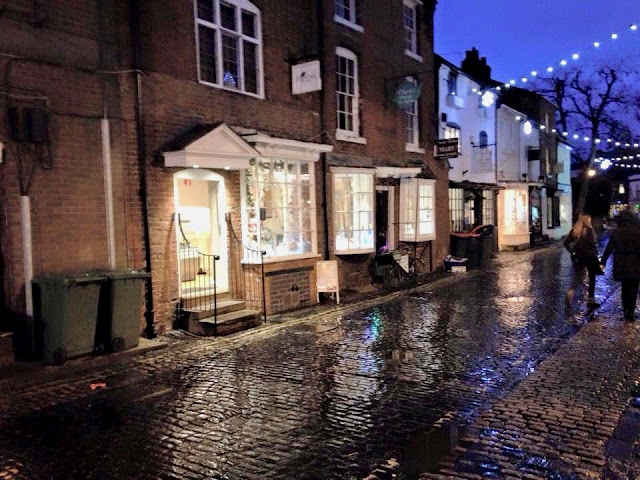 Currently called Harts Vintage Tea Rooms although this picture was not taken on that day! 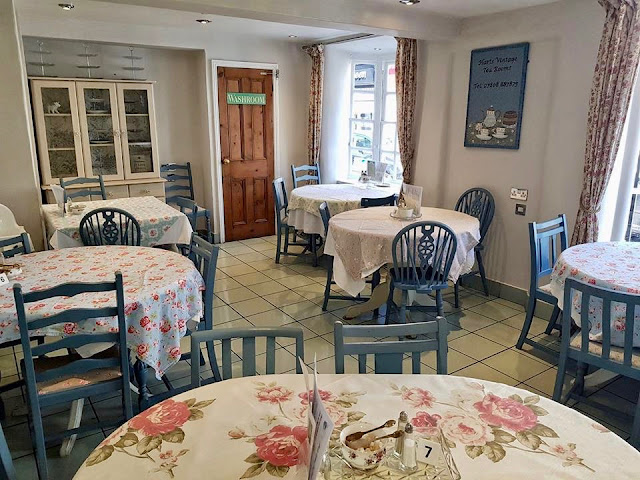 ... we partook of a tasty cooked breakfast whilst watched Harry marry Megham on the television placed discreetly and quietly for that special day.  What an interesting ceremony that was.  It brought a tear to my eyes and I enjoyed it immensely along with several of the other customers. 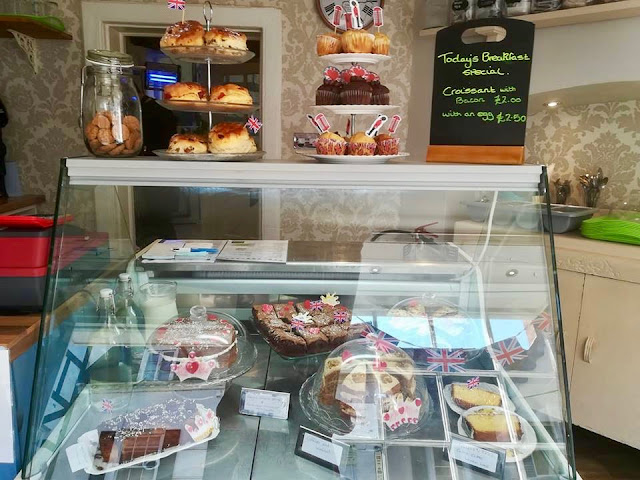 We managed to resist the delights of the home made cakes on that day but returned on the Monday when we sampled a couple of them - delicious!  We wish Ange and Julie the best of luck in their venture, they have waited a long time for this opportunity and deserve to do well.

If you live near Newport or are in the area, please call in and sample their delicious food and drinks.  The tea rooms are on the cobbles of St Mary Street, Newport in a very distinct Georgian building, or go to their facebook page and click 'Like'.

And the main reason for going north ...
my brother Garry and wife Sue are over from their home in Perth, Australia and we're meeting up with them at our son Mark's house on Sunday evening for a Palin bbq! 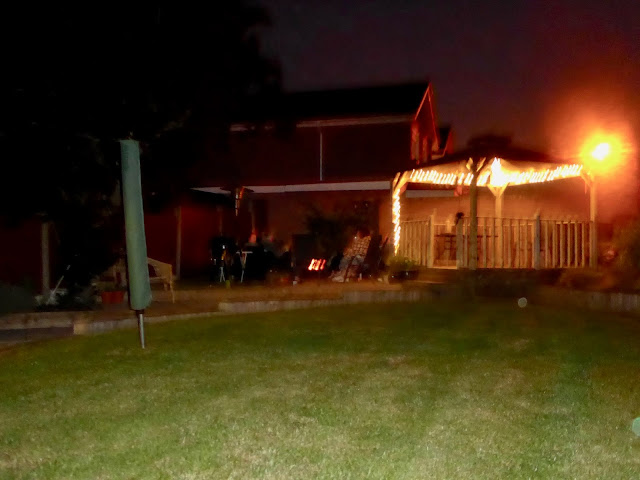 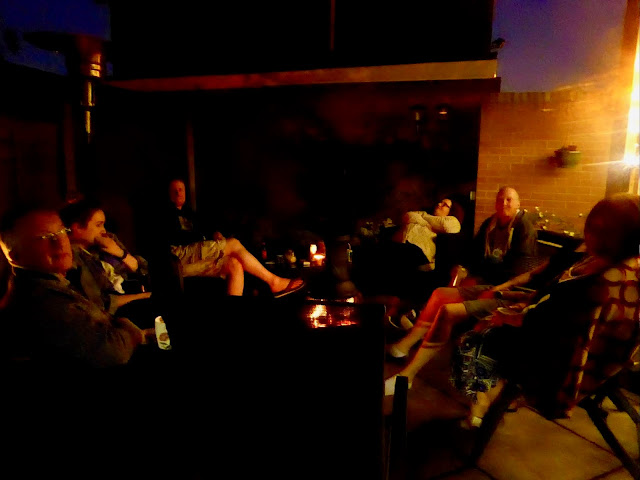 We had a great evening ... good food, good company and liquid refreshments, lots of catch-up conversation and tons of laughter until well after midnight! 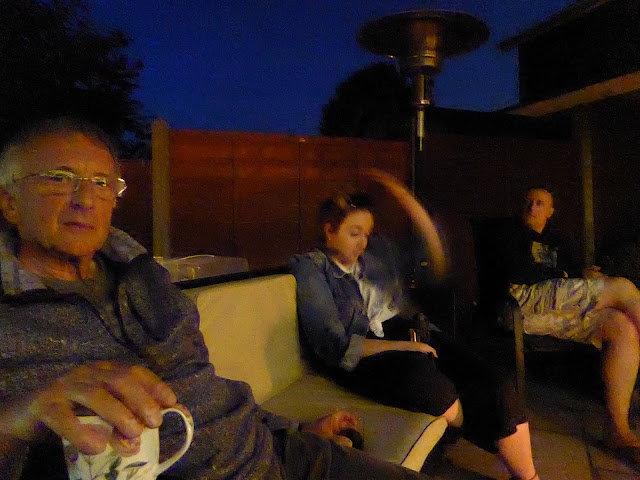 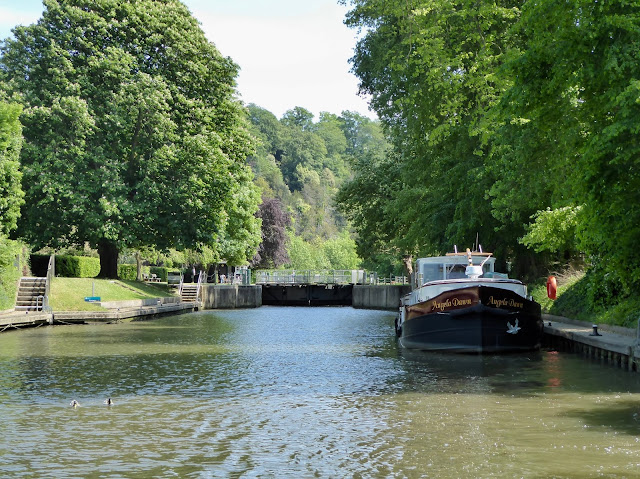 On Tuesday by 2:30 we were back at Still Rockin' having returned the hire car, unpacked the Tesco shop we'd done on the way home, put a load of washing on, topped up the water tank and pulled away from Cookham lock landing. 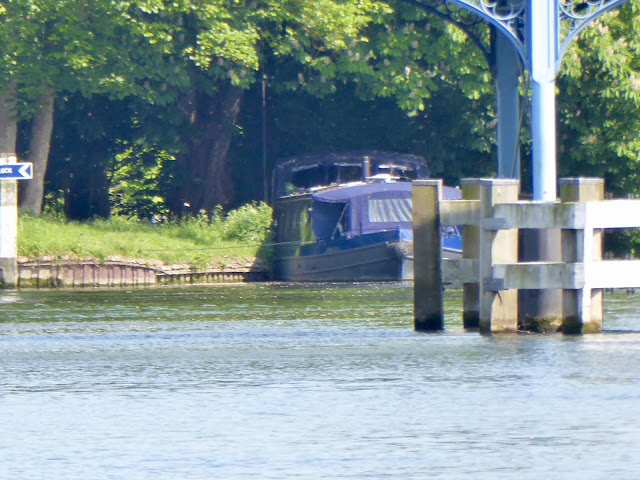 As we exited the lock cut we were surprised to see No Problem XL moored very discreetly at the end of the lock island ... we'll remember that mooring next time we're this way so long as the solar panel are in the sunshine it looks like a good place for a few nights. 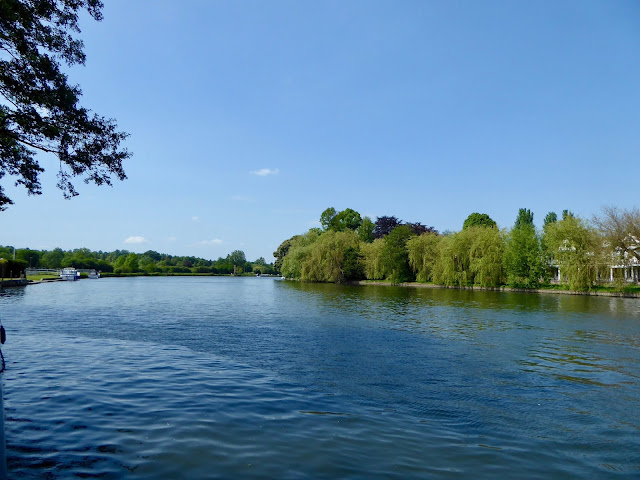 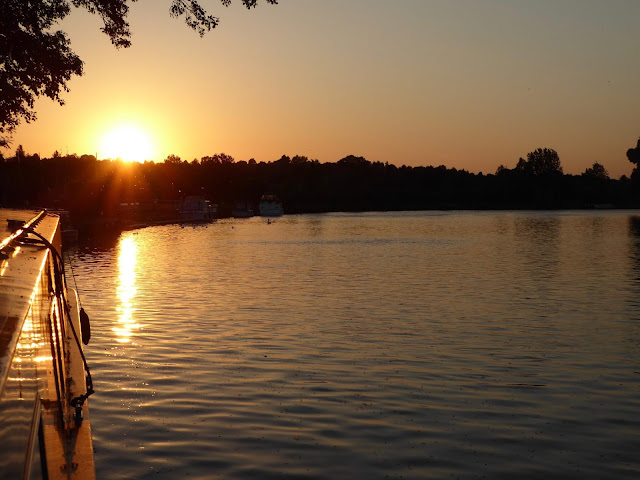 A great sunset after a brilliant weekend with the promise of more good weather to come over the next few days.
Posted by Carol at 08:18