Racing rowers and visits to the George

Monday was cold, and I really mean cold!
I had seen this hopper earlier ... 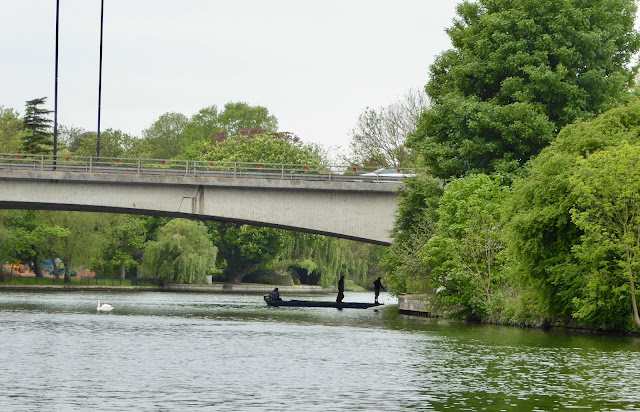 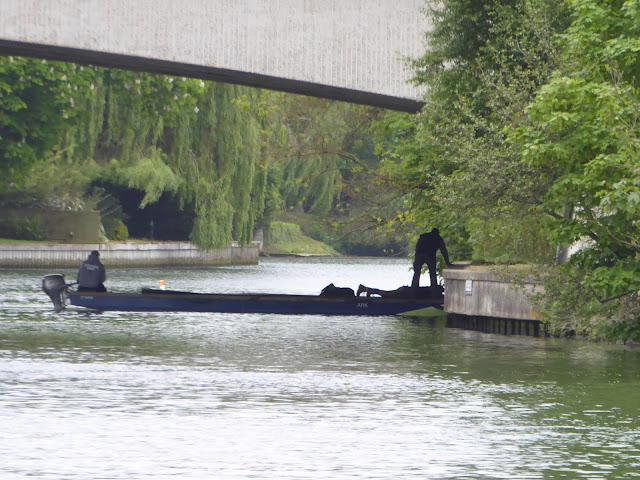 ... carrying what appeared to be large circular concrete blocks which looked as if they were to hold bouys in place in the water ... 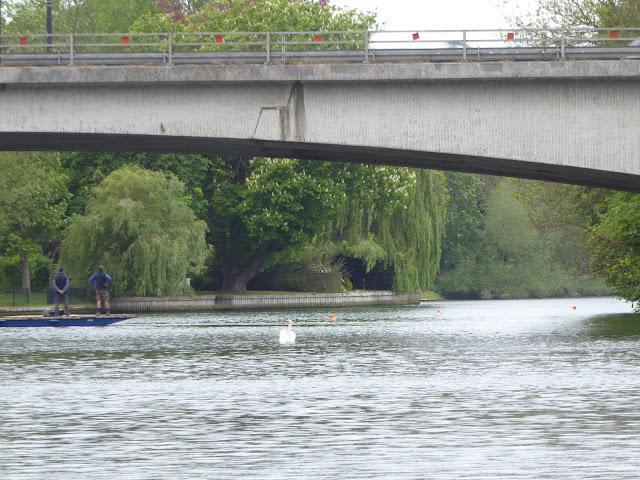 ... and I can see that I was correct but looking online couldn't find any information on why. 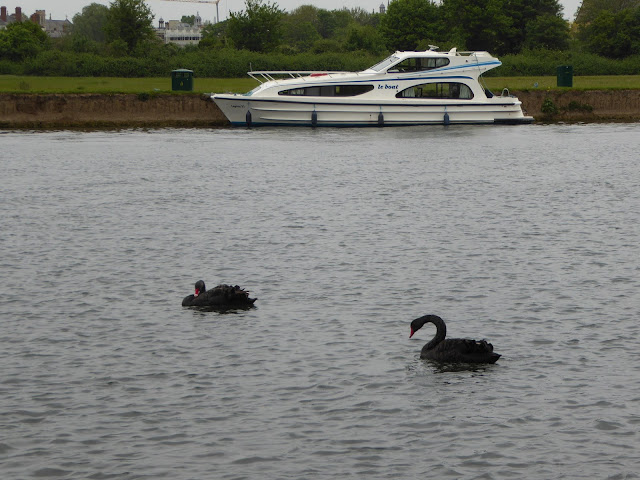 George's sister Diane and husband Paul came to visit and we saw this pair of black swans as we walked to The George at Eton for dinner (lunch time). Di, Paul and George had fish and chips and I had slow roasted belly pork with bubble and squeak and braised red cabbage which was absolutely delicious!  We spent a lovely few hours catching up as this would be the last time we'll see them for a while as they're moving house north very soon. 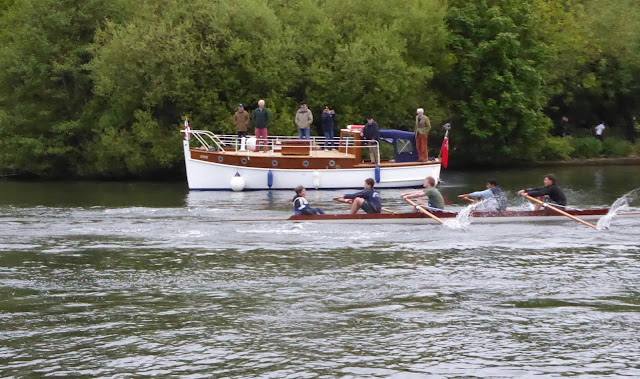 Later that evening there was such a noise outside and Still Rockin' was certainly rockin' as we looked out the window ... 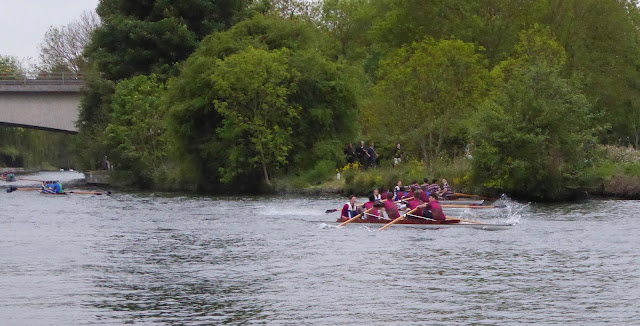 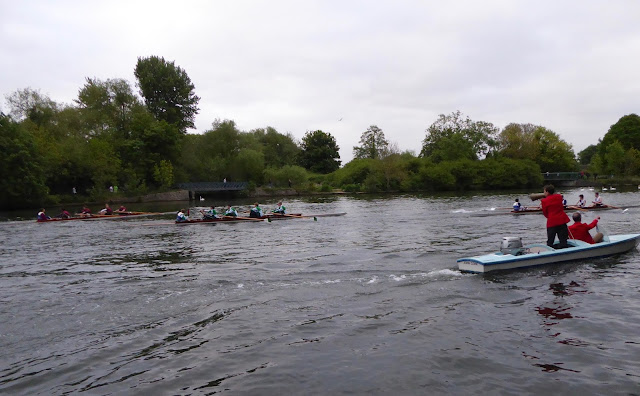 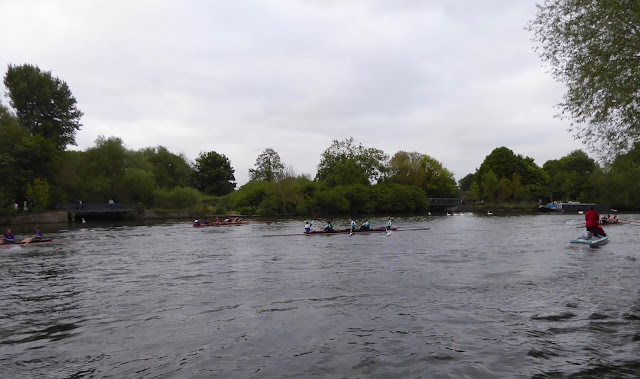 ... and realised the bouys were the starting line for the rowing races.

Tuesday was a very sad day. I'd had a phone call from my cousin last week to let me know that her Mum (my Aunty) had died and Tuesday was the funeral.  Aunty Win was the loveliest person, kind and full of fun; she will be so missed by the family and all who knew her.
It had been a long day and the last thing I wanted to do was to cook so off we went to The George once again, this time we both had the pork belly (actually the last two portions available) and George agreed that it knocked fish and chips into a cocked hat! 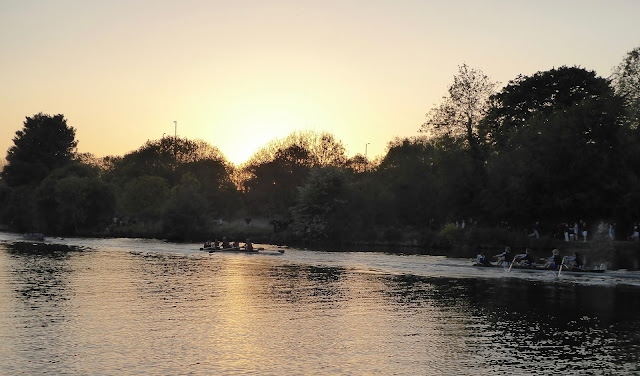 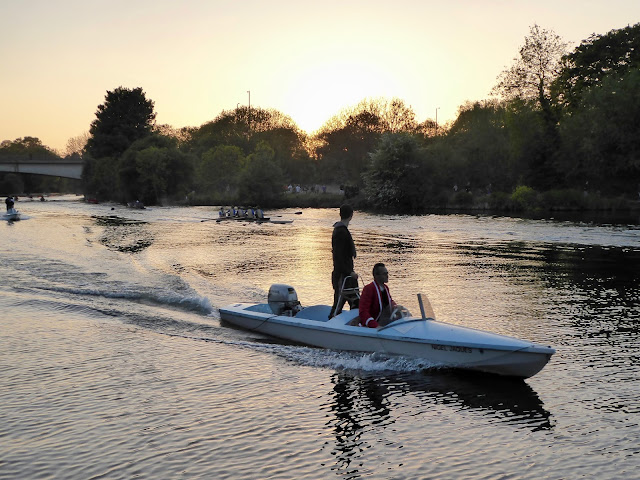 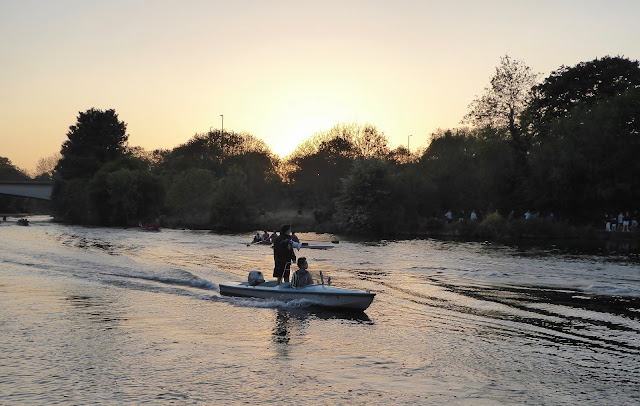 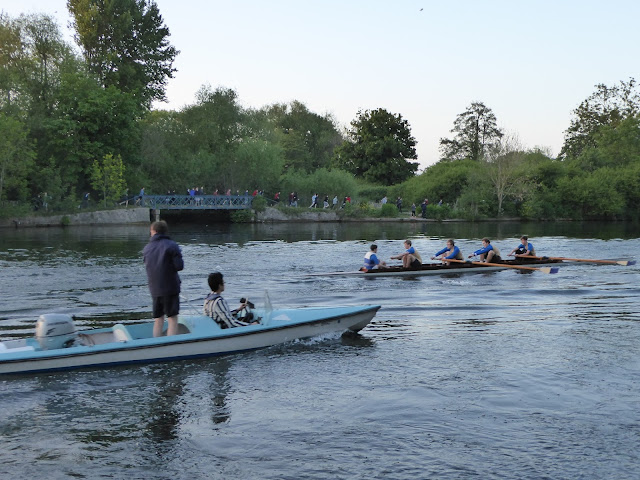 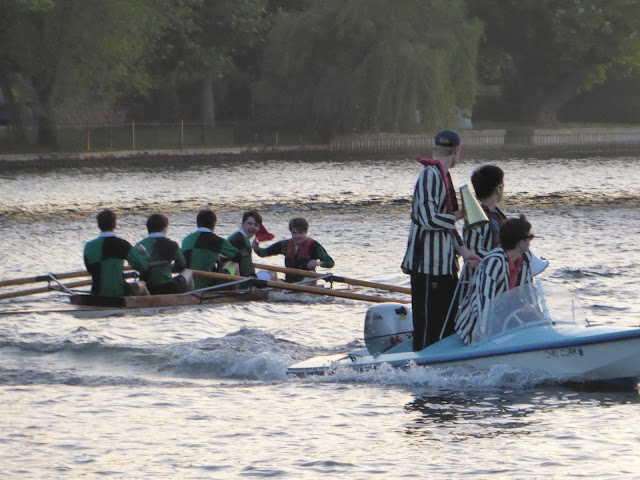 ... where we watched the rowing again this time as the sun set over the Thames.
Posted by Carol at 06:44

Sorry to hear about your aunt.
Love the gosling pics, though!
Keep well.

Thanks Geoff. Love to you both xx