Off to the pub! 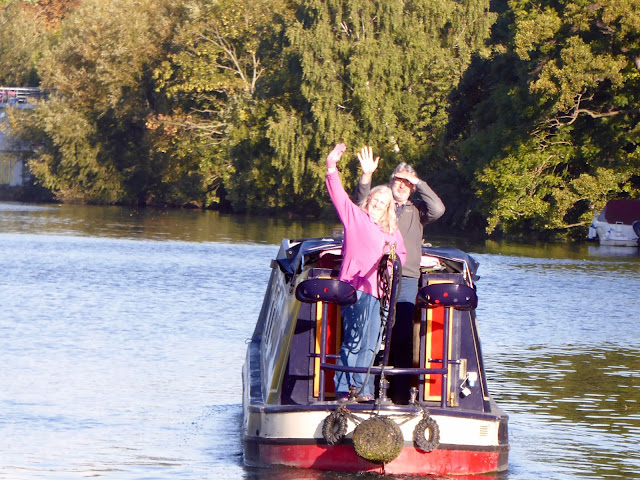 Saying cheerio to Diane and Ray yesterday morning, we won’t see them again unless we meet them here on the Thames  if they decide to ‘do’ the K&A before they give up boating and return to Australia.  Enjoy those northern canals and rivers guys, stay warm! 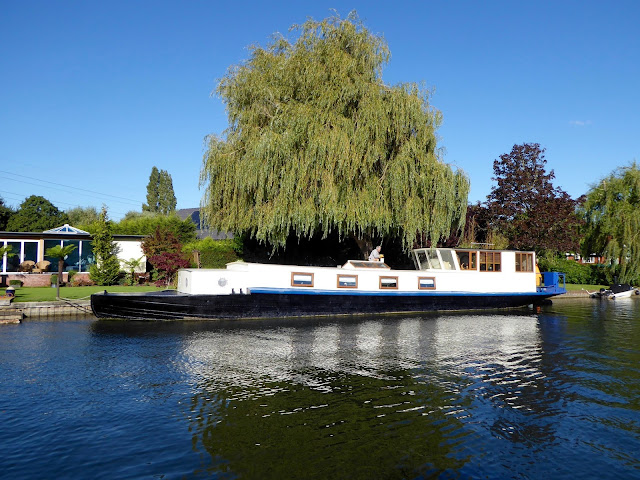 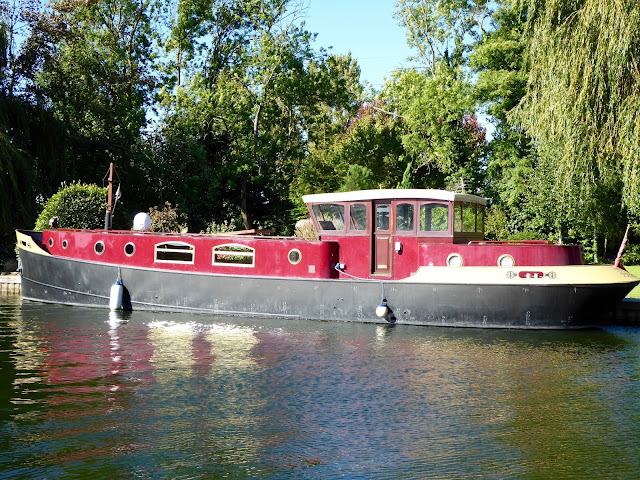 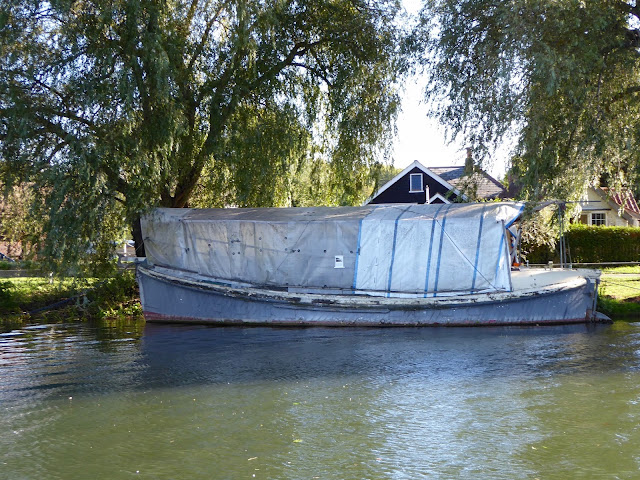 In less than a quarter mile we see all sorts of interesting boats.
The picture above is RN Lifeboat Charles Cooper Henderson (now named Caresana), one of the ‘little ships’ that sailed the English Chanel during the evacuation of Dunkirk in 1940.  There’s lots of information about this boat here, here and here and of Mr Cooper Henderson himself here. Caresana is now undergoing renovation. 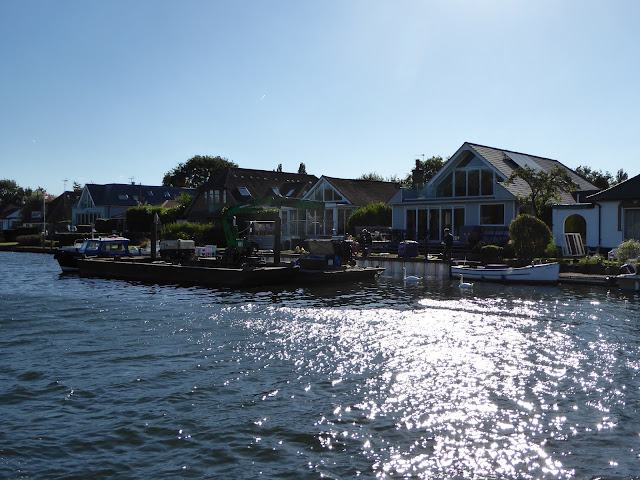 Construction work from the river 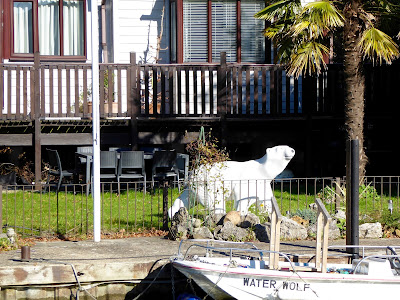 … and a polar bear in a garden! 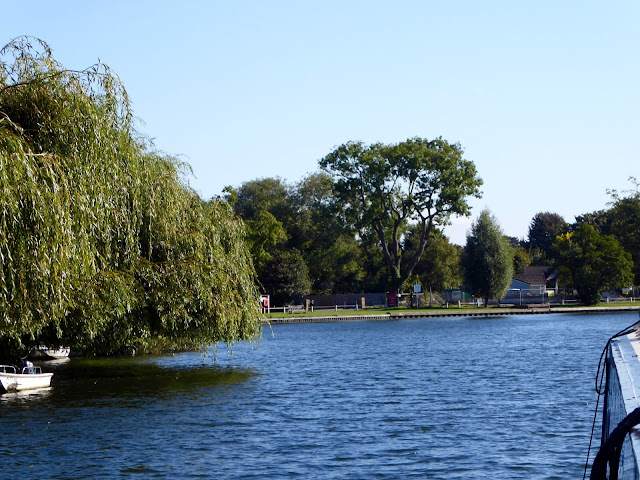 Another empty mooring at the Thames Court, Shepperton, just the job for us.  We had a meal there last evening and very nice it was too, I think we’re going again tonight if someone turns up! 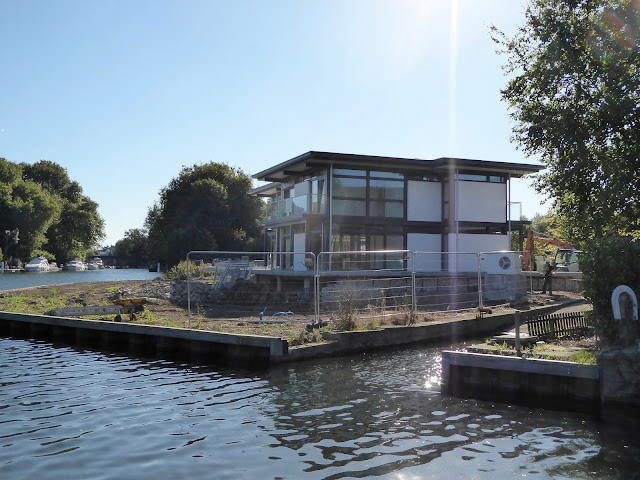 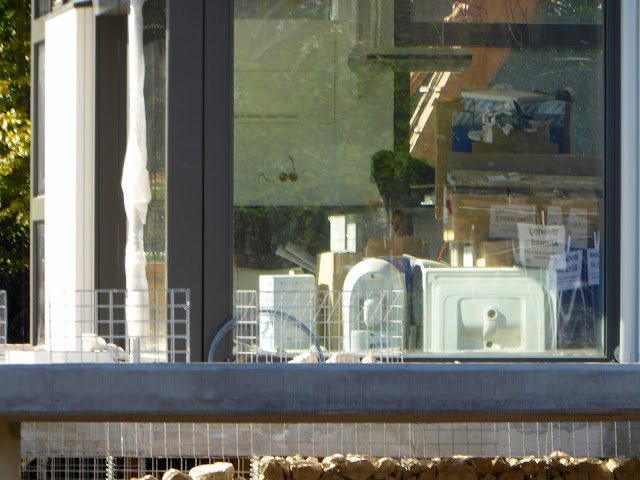 Although there are lots of workers about this picture looks as if  the house may not have all the bathrooms or maybe a kitchen yet. 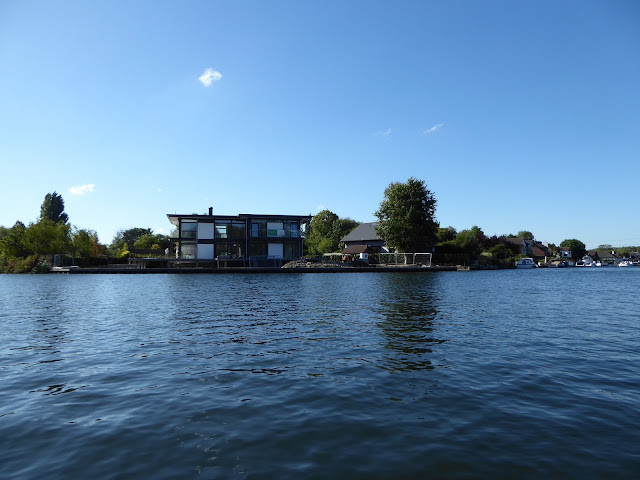 The Huf-haus stands opposite our mooring, this morning at 6:30  I could see that there was a team of painter and decorators busy in the upstair rooms and I wonder how long it’ll be before the owners can move in.
Posted by Carol at 13:09