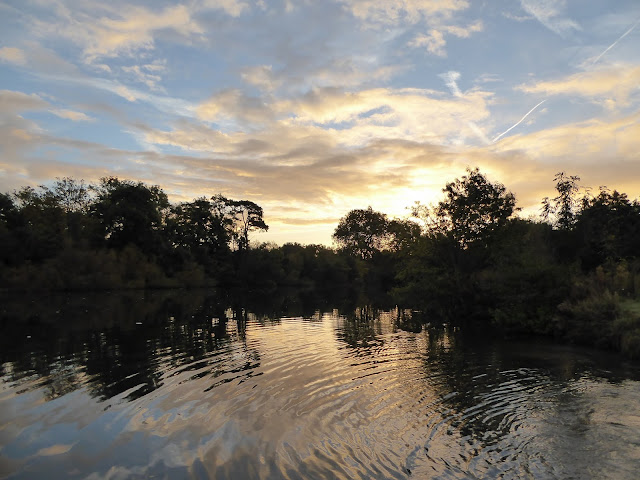 It was certainly a bit nippy when we left our Runnymede mooring at 7:45,  turning in the channel ... 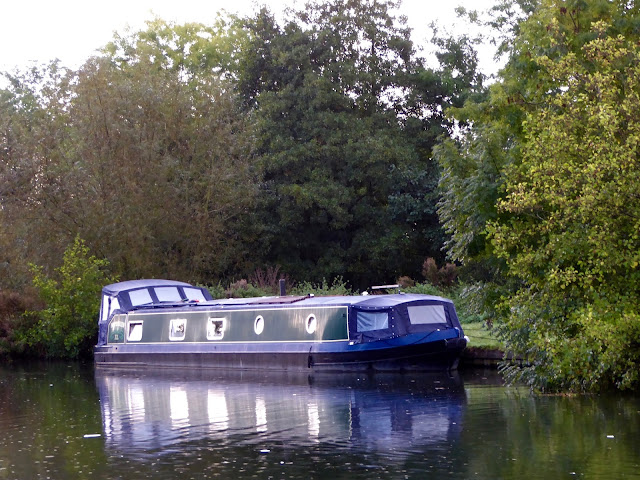 ... passing the sleeping No Problem XL 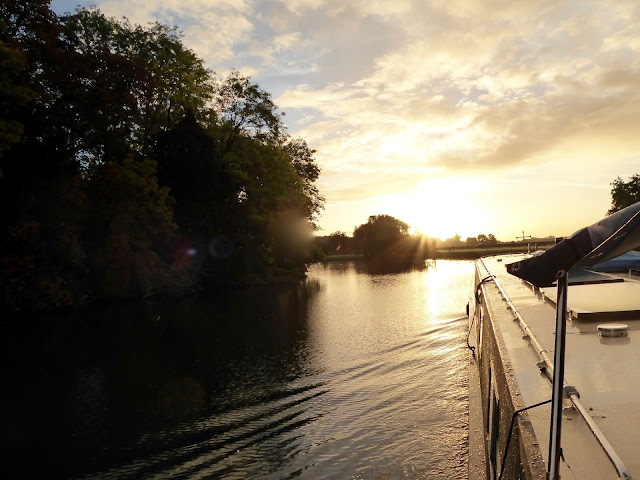 ... and heading off into the sunrise and showery rain. 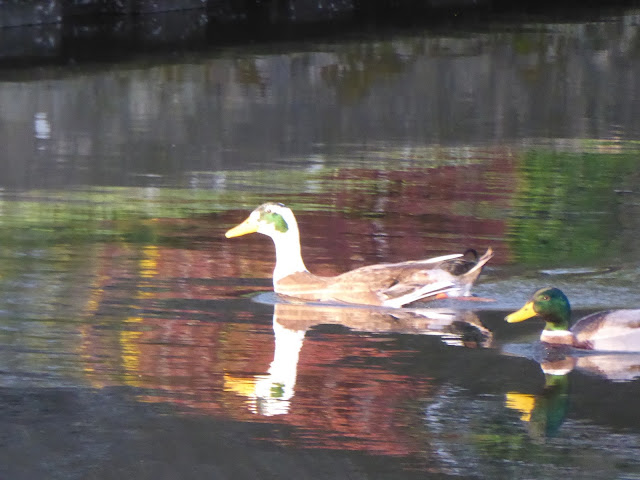 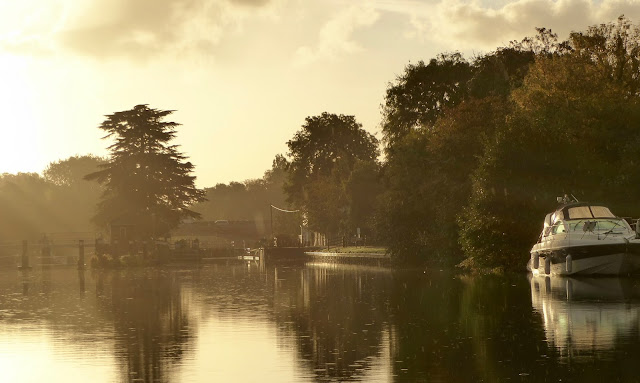 The first of six locks, Bell Weir, was thankfully on self-service 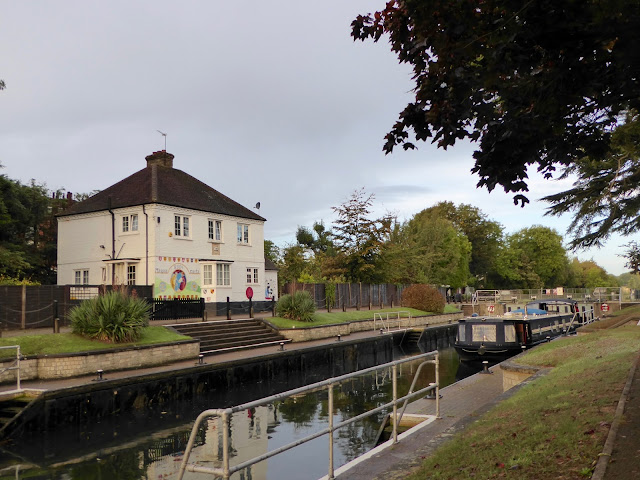 ... so no Mr Grumpy today,
he's probably still in his bed trying to think of yet more ways to upset boaters! 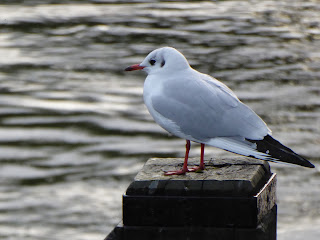 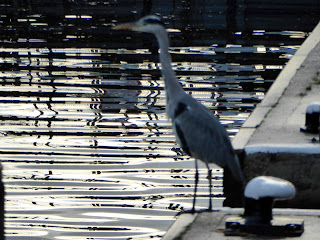 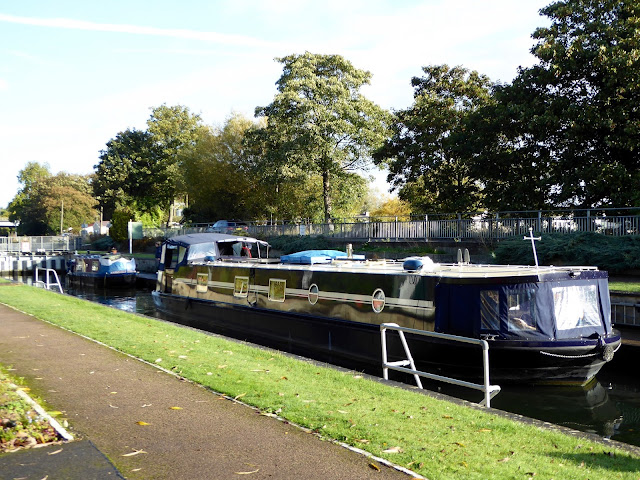 It was self-service at Chertsey Lock too and we waited for a singlehander who shared the lock with us. 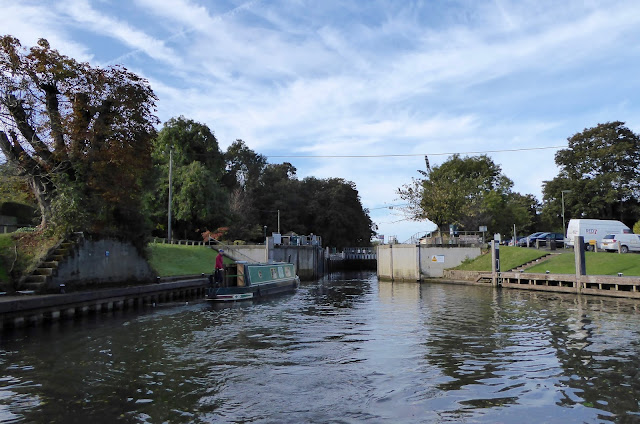 Shepperton Lock was manned and there was even a boat on the move waiting to enter as we left! 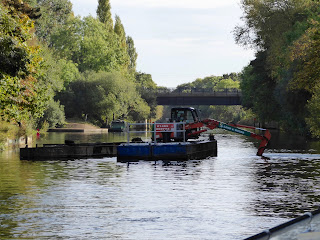 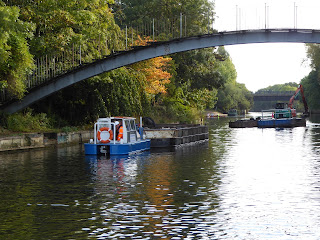 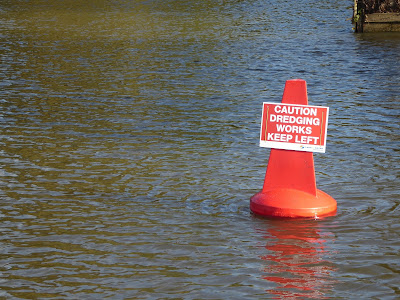 This is what we saw as we left Shepperton Lock, the usual channel has been closed off for dredging although the signs weren't very helpful as we couldn't see what was on them until we were right alongside as they twisted and turned in the river flow. 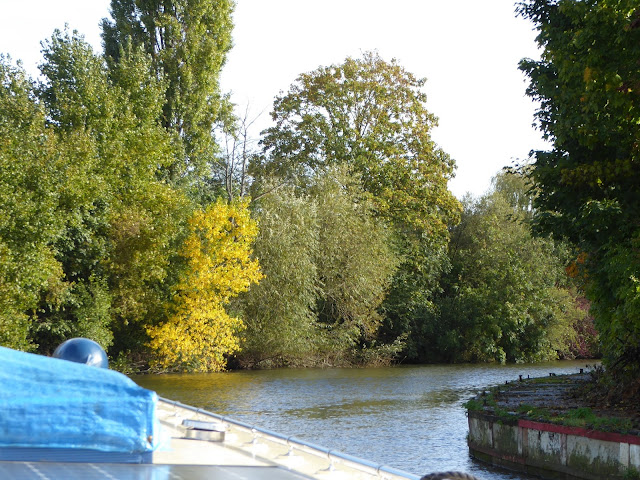 So we had to reverse a little and cruise round the 'other side' of D'Oyly Carte Island, a first for us 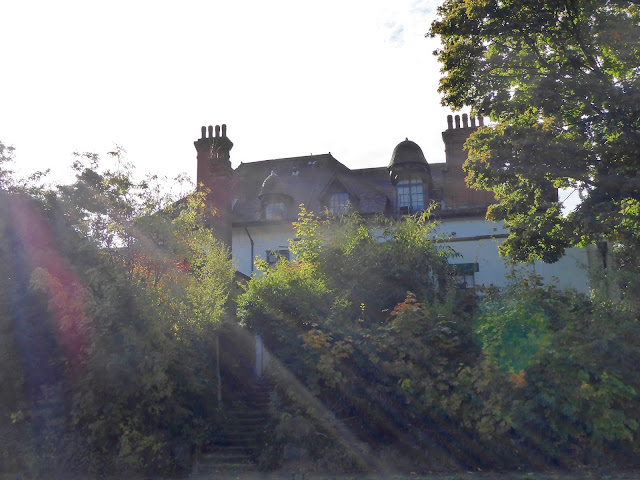 Eyot house on the island from this side does look lived in as there were several windows open, 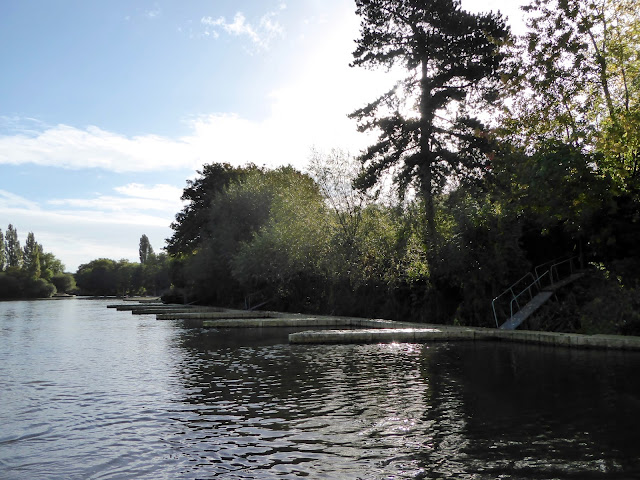 We remember these pontoons being put in on the island just after the permanent moorers were moved on, it must be at least four years ago but have never seen any boats moored on them since.  I wonder if the owners have had to wait this long for permission to dredge, and if next year we'll see it busy with boats once again? 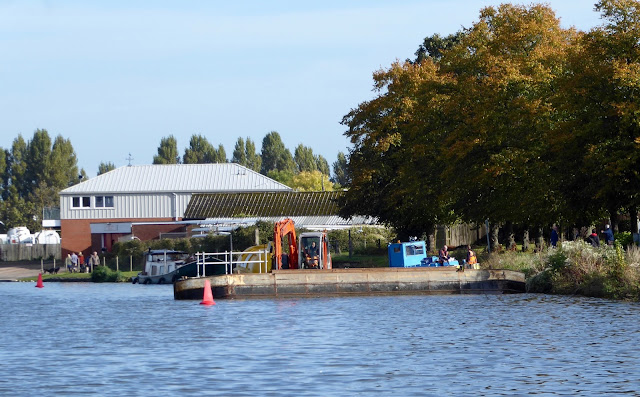 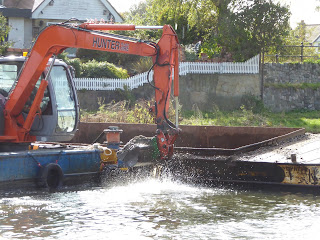 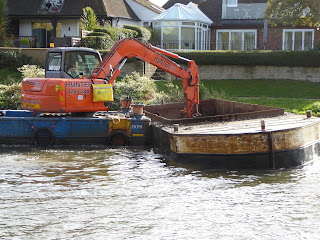 ... but we were wrong, they are actually taking spoil out of the hopper and dropping it into the river!  It could well be what they're taking out at Shepperton perhaps, 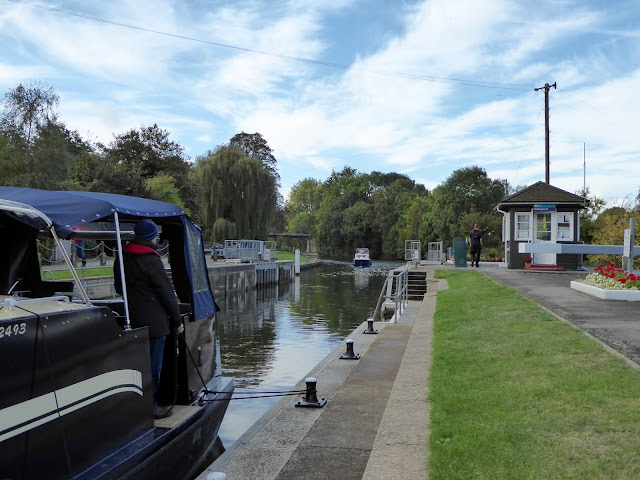 Sunbury Lock was also manned and we waited for this cruiser to arrive. I switched on the central heating while we were here to warm the boat up inside until we light the fire. 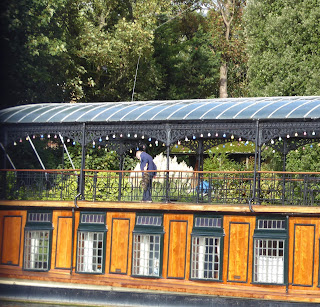 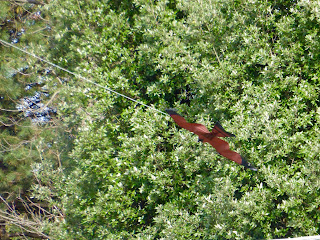 Not seen this before at Dave Gillmore's studio boat, its a red-kite kite bird scarer probably to keep birds from cr*ping on the glass roof! 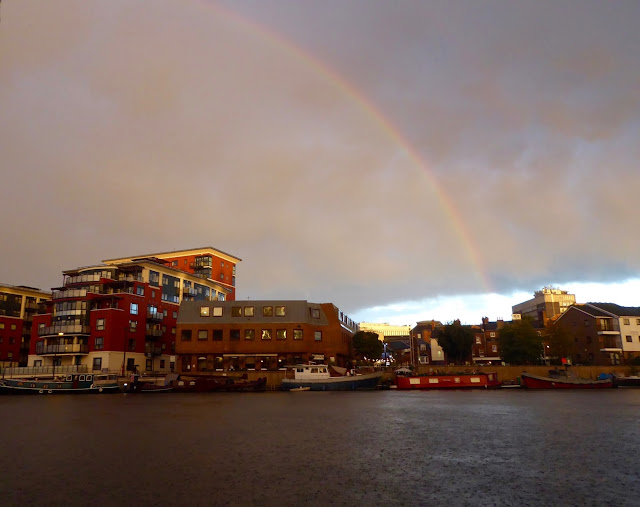 We had more heavy rain once we'd settled in at Kingson and saw some very moody skies.
Posted by Carol at 09:45