… from Hampton Court and 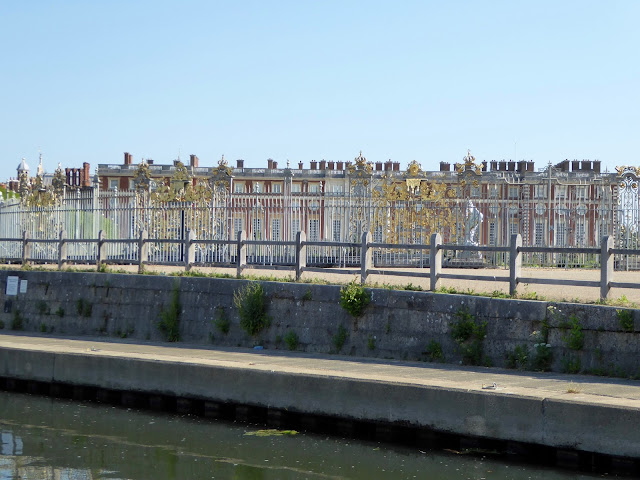 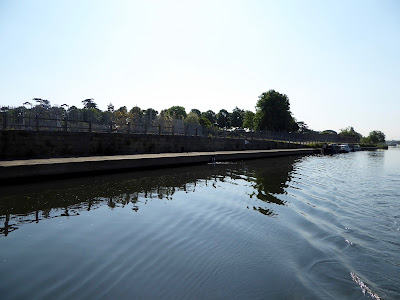 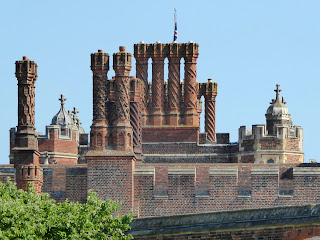 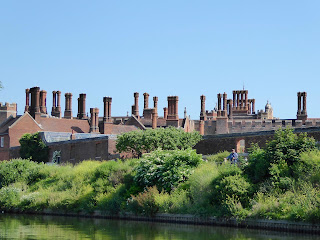 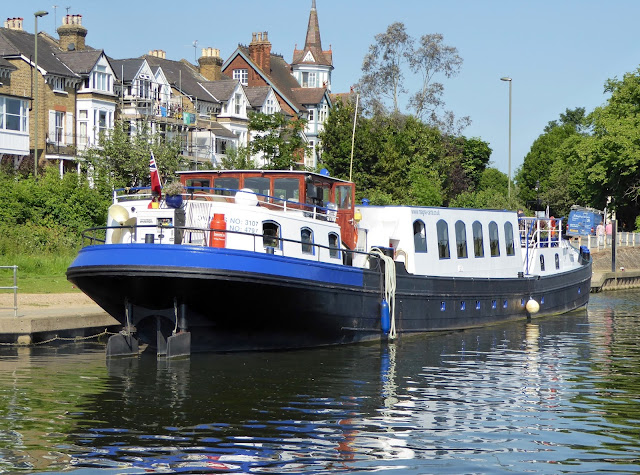 … and hotel boat Magna Carta by the lock landing.

We ascended Molesey Lock where we could see there was a bit of a kerfuffle, a replica dutch barge was sitting on the water point while two other boats (one being Rock ’n’ Roll) were also waiting to use the services.   The locky was banging on the boat the owner didn’t/wouldn’t show himself.  He (owner) did eventually step out, removed the hose, start his engine and edge out of a now very tight space banging his boat about and made way.  The locky now opened the lock gates and allowed us out to join the queue. 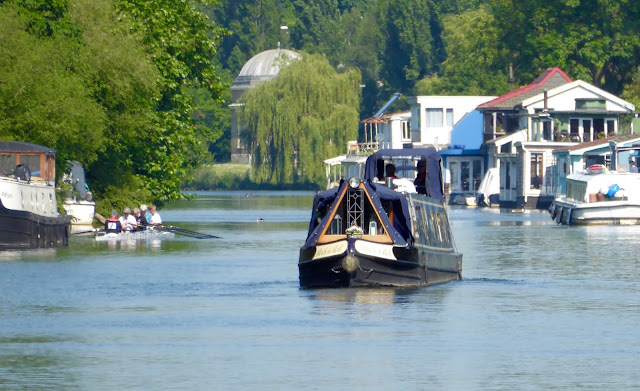 To access the services Kevin had to wind (turn) above the weir and wind once again afterwards to head off up stream.  Meanwhile it was our turn to top-up and empty our tanks. 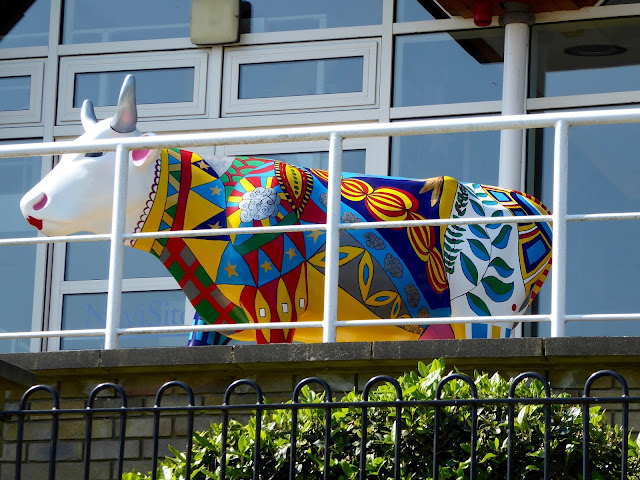 An Indian sacred cow(?) on the balcony of Thameside House 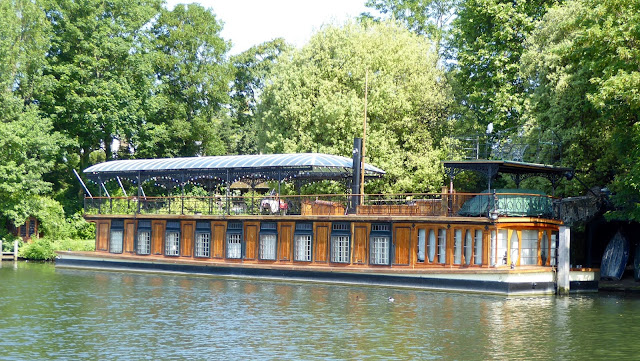 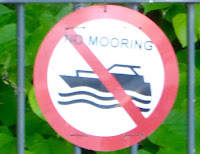 The Thames-Water site had been cleared of moored boats when we left the river in October last year, but despite that and the no-mooring signs the boats are back. 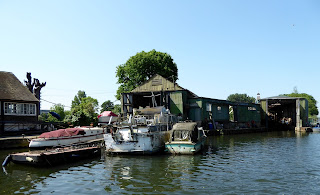 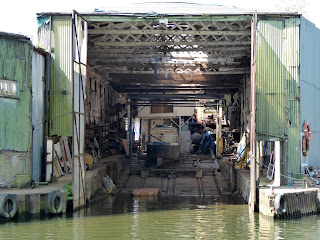 Platt’s Eyot still in the boat building business since 1868 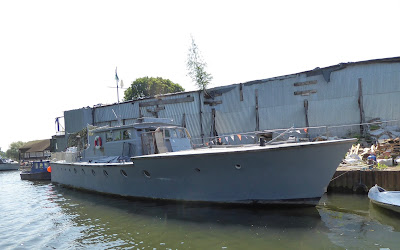 A PT (patrol torpedo) presumably converted to living aboard 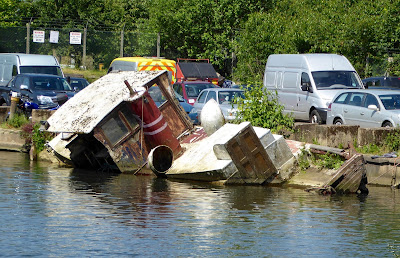 ... this pitiful wooden steamer about to submerge now beyond repair perhaps. 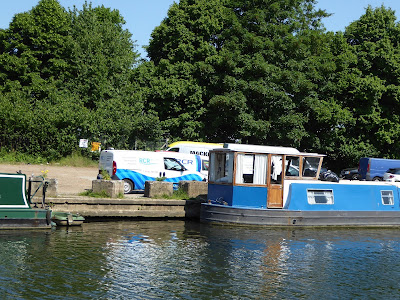 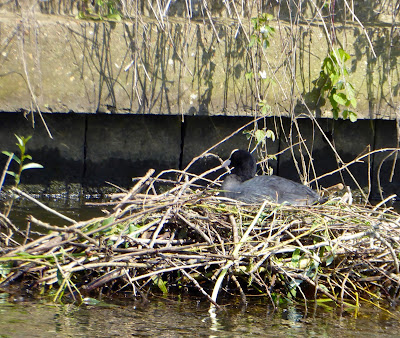 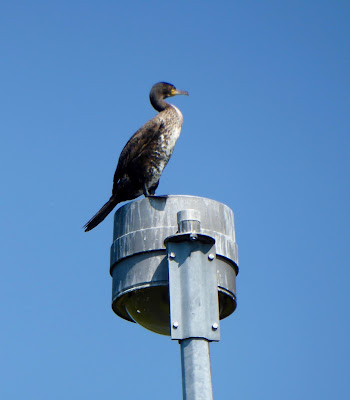 … a cormorant surveying his territory 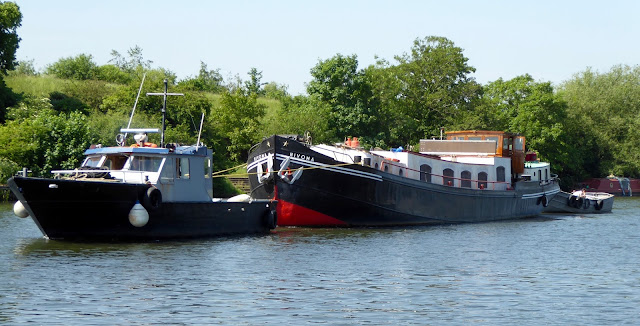 … a heavy load being towed 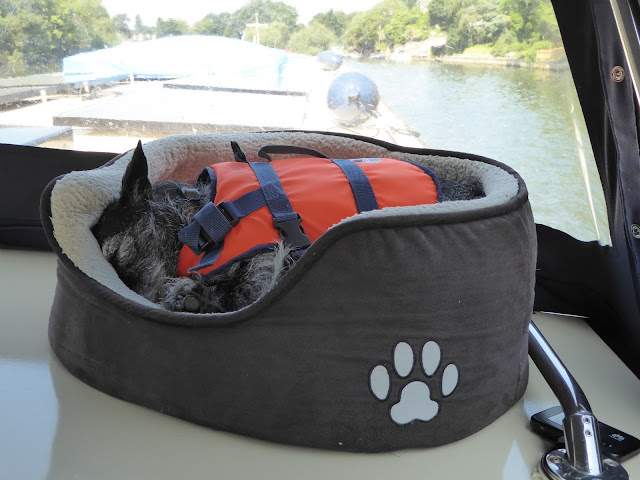 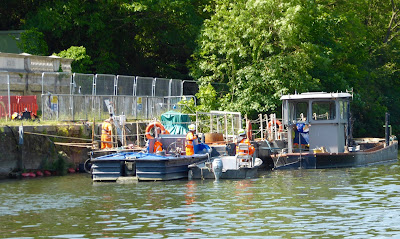 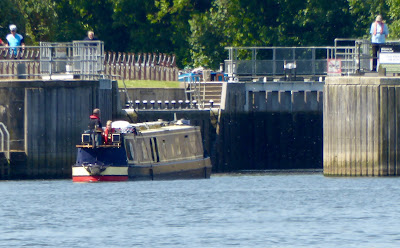 At Sunbury Lock we catch up with Rock ’n’ Roll 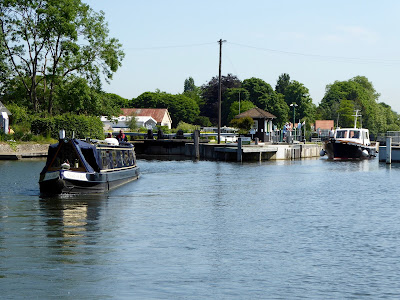 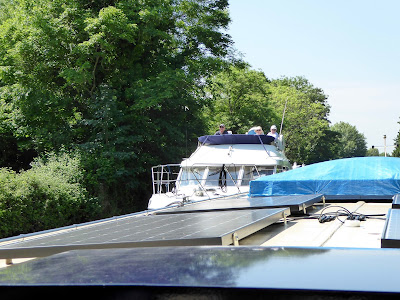 You always meet another boat on a narrow cutting, this one in the lock cut 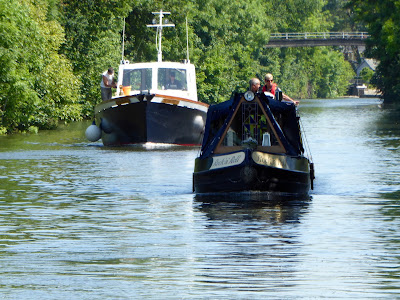 Overtaking on the inside? Not a good idea! 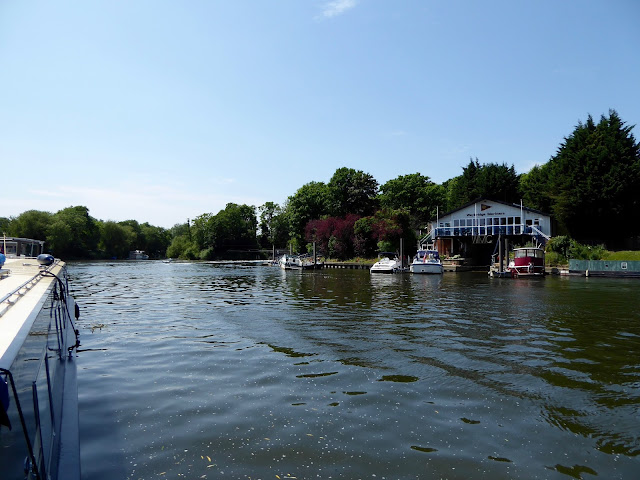 We soon reach our destination … visitor moorings at Weybridge 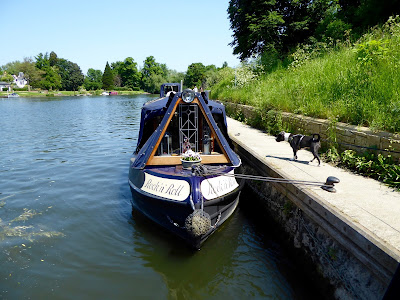 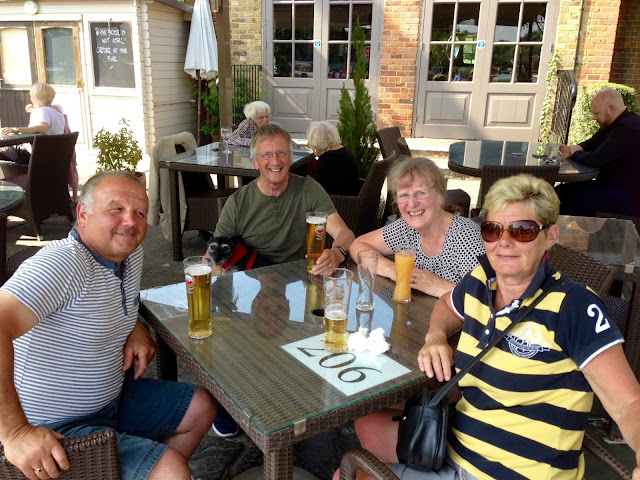 A trip on the ferry to Nauticalia to exchange a gas bottle eventually took us to the Thames Court for a drink; we’ll be back again tonight for a meal. 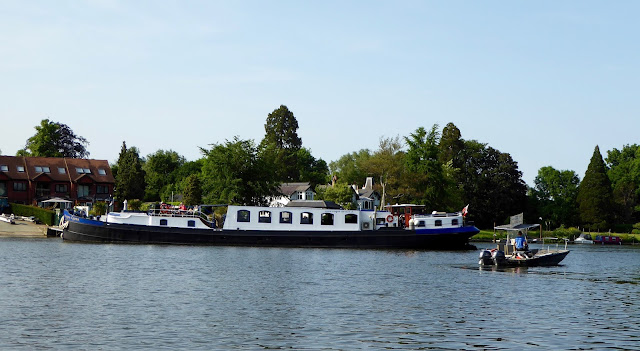 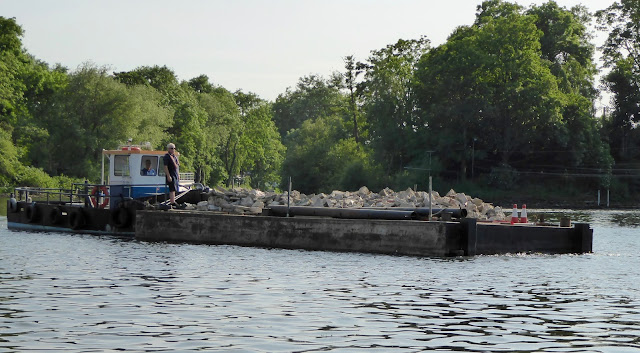 … the river is still busy with boats of all shapes and sizes.