Boy, did it rain!

We were intending to move on today but woke up to a downpour and actually decided to stay put, but just after 10 it dried up 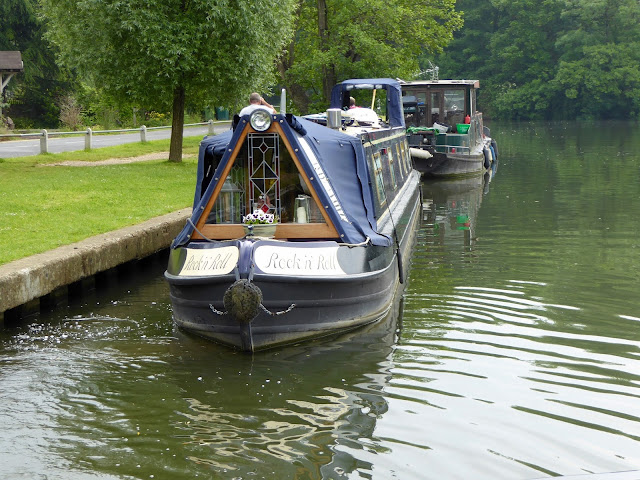 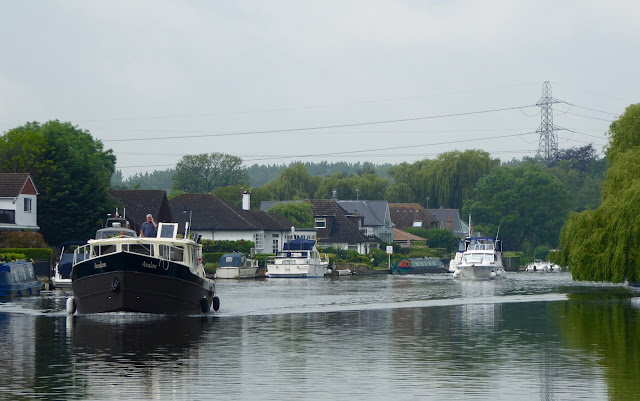 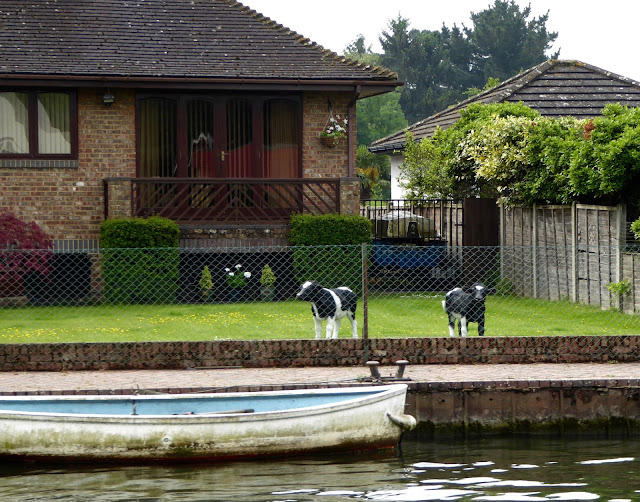 Now why would anyone want two pretend cows in their garden?  At least there’s a strong fence to keep them from straying. 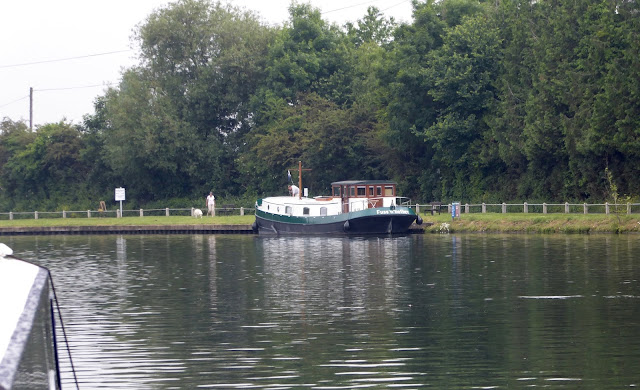 Plenty of space for two boats at Spellthorne moorings as we knew that Inca and Oakapple had moved off! 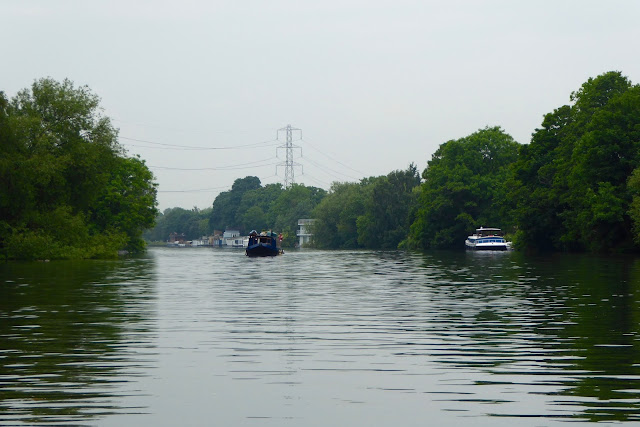 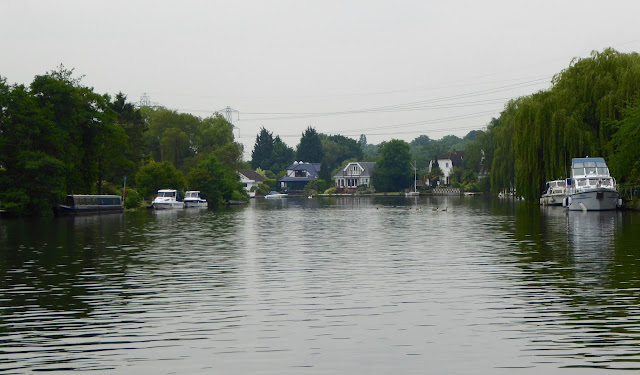 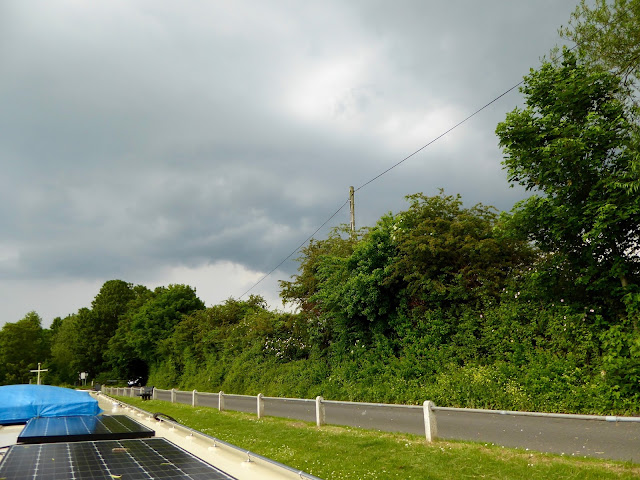 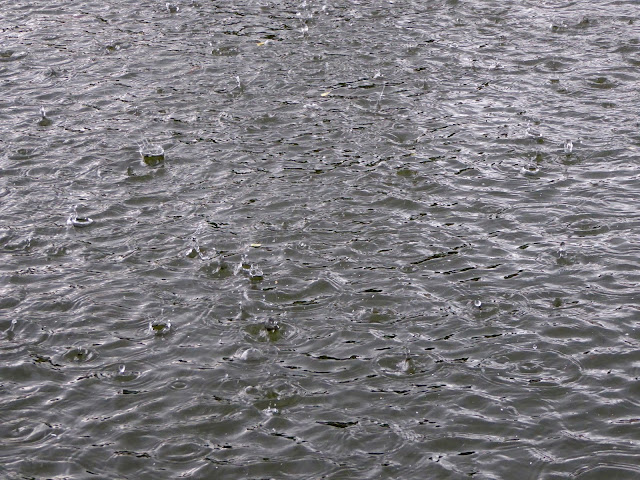 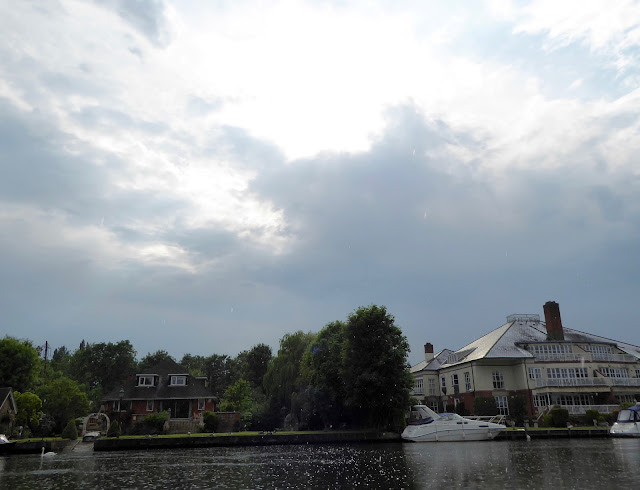 Half past five and the sun comes out, but it’s still raining 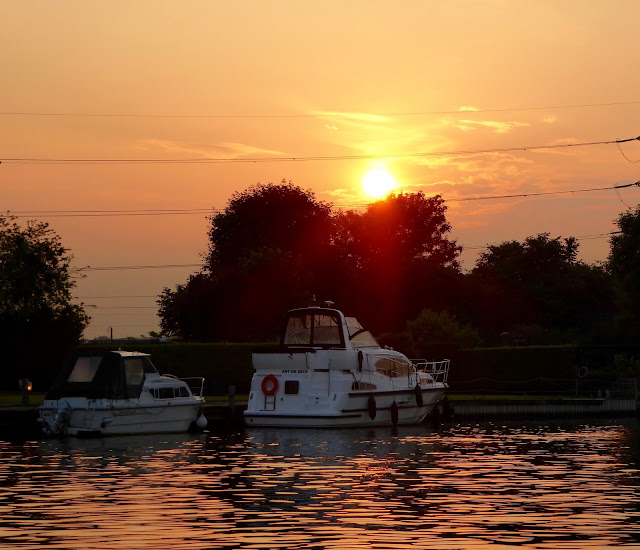 but the sunset was worth the wait!
Posted by Carol at 22:05

Just enjoy those mooring spaces whilst you can as it looks like the world and it's mother are all on their way to the Thames for Summer... LOL