We moved from our mooring below the Hanwell Locks on Monday morning leaving at 9:30 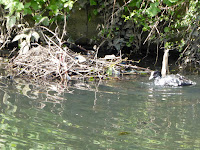 We’d been watching the nesting coots whilst moored here, they’re very protective of their territory!  The 1st photo is an abandoned nest about 20 mtrs from his own, the 2nd is the aggressive male coot.  He does’t want the empty nest and he also doesn’t want anybird else to have it either! Photo 3 is his own nest with this lady keeping their eggs warm. 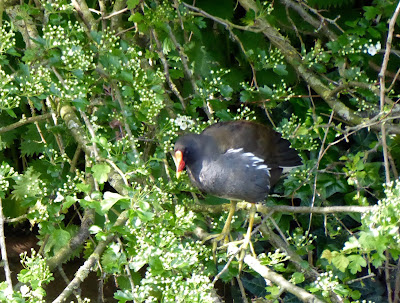 The picture here is the moorhen who has his eye on the abandoned nest keeping out of the coots way in the haw-thorne bushes above after being attacked time and time again by the male and female coots.
We saw this coot attack a heron too who happened to land by the nest to fish, the coot actually came round behind him and at least touch the heron’s leg or even bite it!!

Trouble started first thing when George couldn’t get away from the bank; we’d been very slightly tilted whilst moored up so had obviously been ‘sitting’ on something.  He eventually managed to break free and I couldn’t help because I’d already walked on to the first of two locks today. 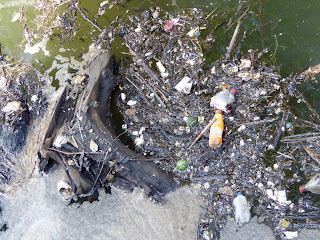 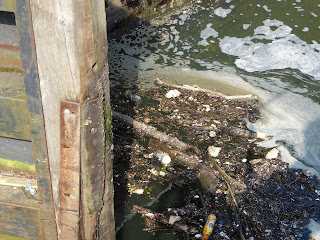 When I arrived one of the bottom gates was open and there was a tree trunk across the gap inside the lock; there were also logs and rubbish behind the closed gate.  I opened the top paddles to flush out what I could before dropping the paddles again to close off the water.  I struggling to close the very heavy, unbalanced gate and again wound up the paddles to fill the lock.  In the meantime George had arrived above the lock to tell me that the propellor was fouled and he hadn’t got much steering, I exacerbated his problem by having to tell him that he needed to pull over because there were about 8 large logs above the top gates which would need to be moved before the gates could be opened ... 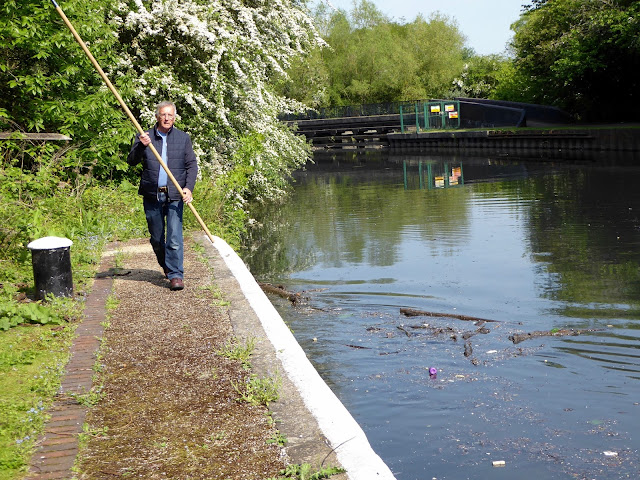 … because of the leaking gates both top and bottom it took the two of us to open each of them. 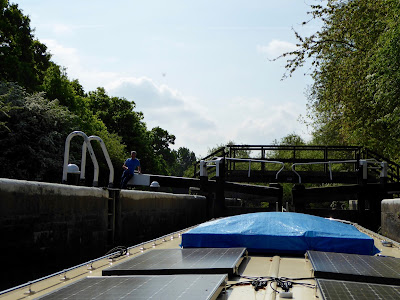 We were eventually able to enter the lock and descend along with the logs which I’d not managed to flush from behind the bottom gate. We exited very careful not to get caught up in the rubbish. I walked on giving George a call to let him know to keep over to the right coming under the bridge as the silt once again brought the bottom of the canal to the top! Unfortunately the stern of SR got ‘sucked’ into the silt and he had to use the boat pole to get off it. 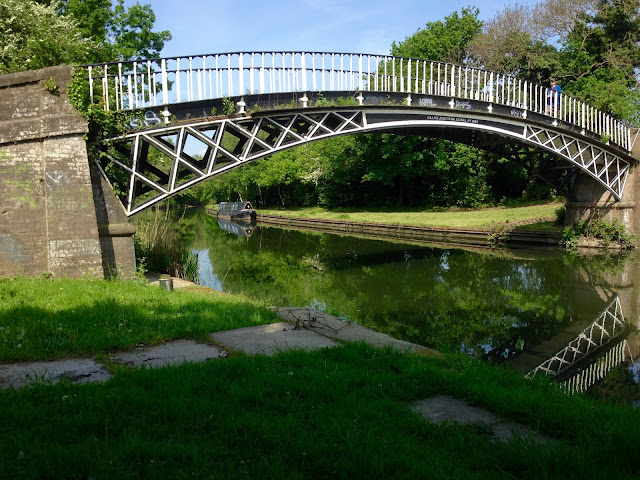 A very pretty view of a cast iron bridge over the canal, a pity though its name isn’t pretty, it’s called Gallows Bridge! 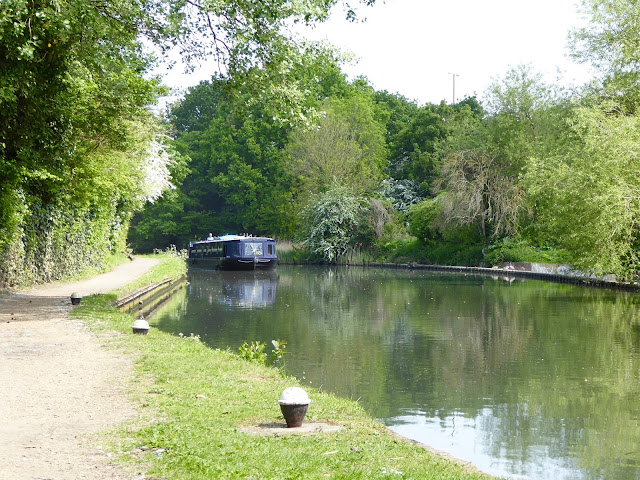 The grounding of SR in the silt delayed George’s arrival at Clitheroe's Lock which was just as well because it had taken me about 10 minutes to once again close a bottom gate.  I’ve never known a gate so heavy. 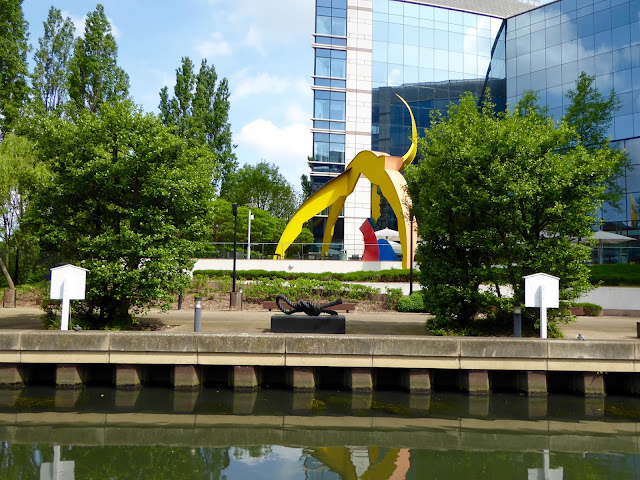 Coming into Brentford and I still don’t know what the red and yellow sculpture is supposed to be, but perhaps that’s the point of it maybe?

One thing in our favour today though was that we found a good mooring spot by the Riverside Hospital even though it had taken us over 2½ hours to do just 2 locks in 1½ miles! 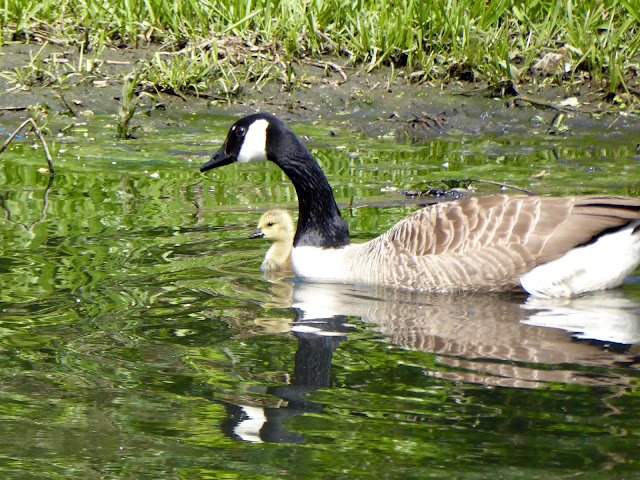 This is where we saw Mr and Mrs Canada Goose with just one gosling, I wonder what happened to the others?

We’re expecting our delivery here but not sure if the delivery man can get his bike down to the boat, we'll need to check that later.
Posted by Carol at 13:10

I always thought that sculpture was a female figure doing what my granddaughter tells me is 'a crab'. That is, turning completely over after doing a handstand and landing on your feet and hands with body extended up - if you can picture that :-). Those locks are always a problem with all the silt and rubbish the Brent river washes down.
Kath (nb Herbie)

Hi Kath, you could be right, it does look like that, thank you. Regards to you both xx