Lots of ducks and noisy geese at Little Venice 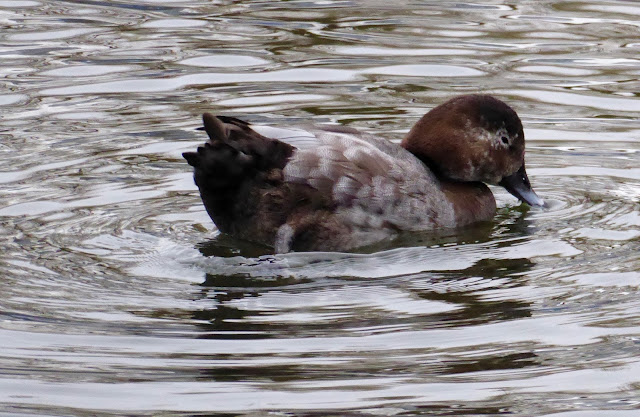 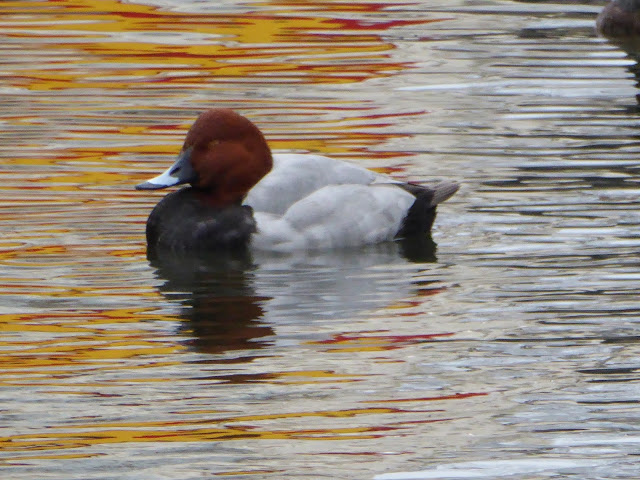 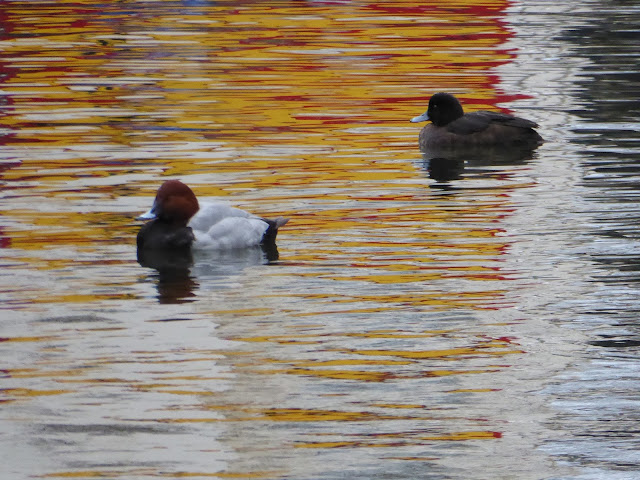 Pochards are most common in the UK during autumn and winter, when large numbers fly from eastern Europe and Russia to escape the bitterly cold weather there. They're quite rare breeding birds in this country. 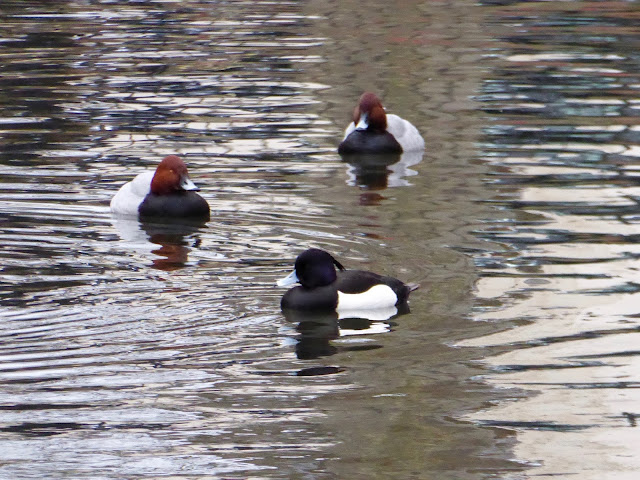 Male Pochards and a Tufted Duck 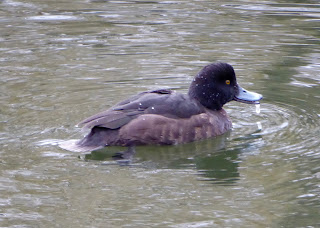 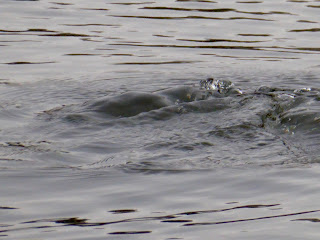 Missed him!  Up he comes again! 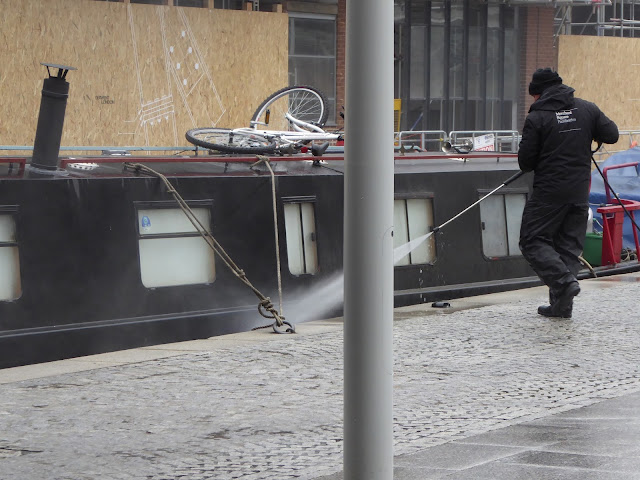 This is what we saw in Paddington Basin ... 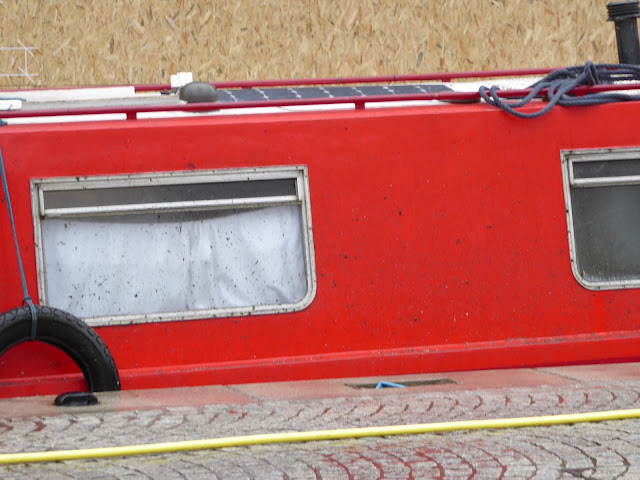 … and the result of that jet washing.  We would not have been happy if Still Rockin’ was moored there! 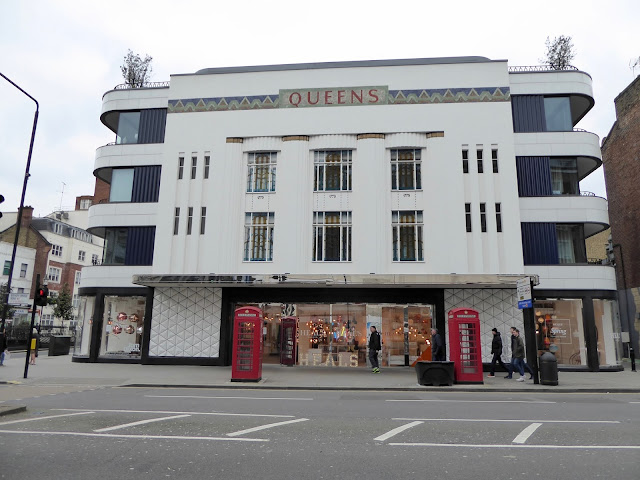 … where we saw this lovely art deco building.
It was originally built as a cinema (as you might guess from the style of building) in 1932 and run as an independent cinema.  It was purchased 1935 by ABC and renamed to Associated British Cinemas in 1965 when boarding was erected over the exterior of the building.  It closed for a short time in 1975 when it was developed into a multi-screen cinema and in 1986 was taken over by the Cannon Cinema Chain and closed down in 1988.

1995 saw TGI Friday taking over the building removing the exterior cladding to exhibit its former name once again (Queens) but sadly removed every every bit of its former cinema/theatre interior.  TGI operated in the building until 2007 when it closed and left empty until its current reincarnation as Heal’s Furniture store and apartments in 2015. (for more information click here).

In my opinion the redevelopment looks a great success; a lovely building indeed. 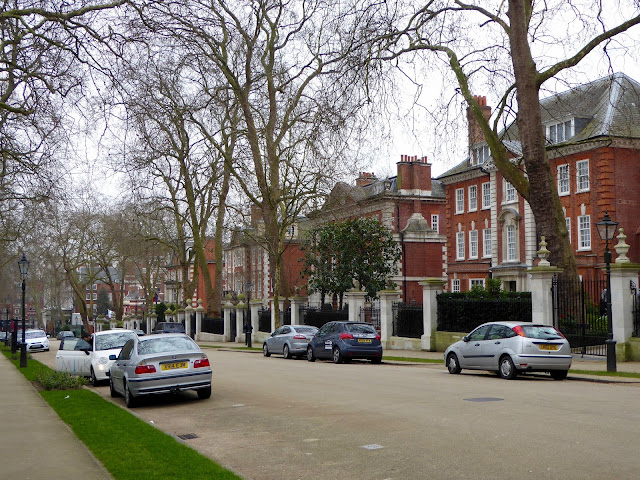 We walked on to Kensington Gardens and had a wander, letting Molly run off a bit of steam. We exited onto what I’ll call the ‘embassy road’; as its name suggests here are the residences/offices of most of the worlds’ embassies and the buildings are very big, posh and expensive (or would be if they were ever up for sale!) 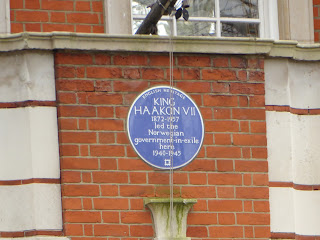 The Norwegian Embassy is located here too where King Haakon VII led the Norwegian government in exile in 1940-1945. 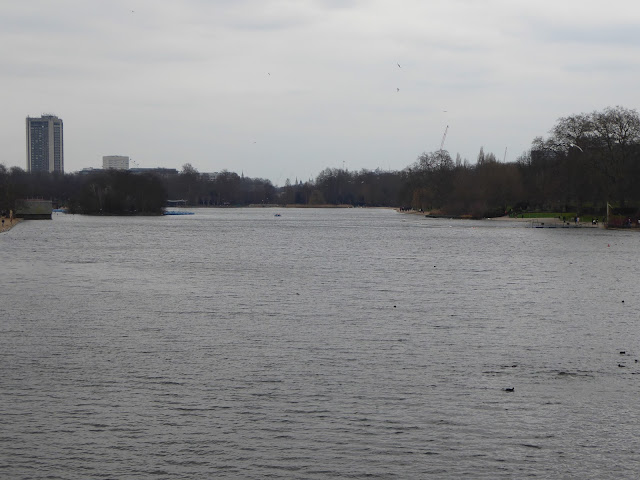 We returned to Kensington Park and walked by the Serpentine where one lonely paddle boat (no.23) with two decidedly looking cold people were ‘enjoying’ their cruise! 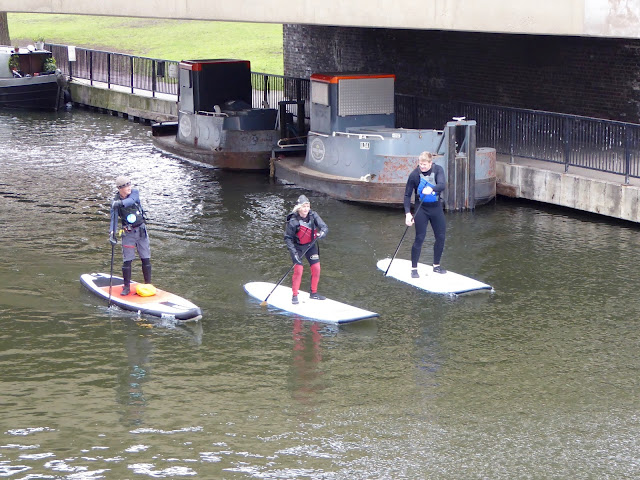 Saw these intrepid paddle boarders at the entrance to Paddington Basin on the way back to our mooring and a cosy Still Rockin’.

Have been following your blog since your last visit to Paddington (I work in The Point). You've re-ingnited my love of boats !! Jane B

Perhaps whilst we’re here this time I could pop in and say hello.