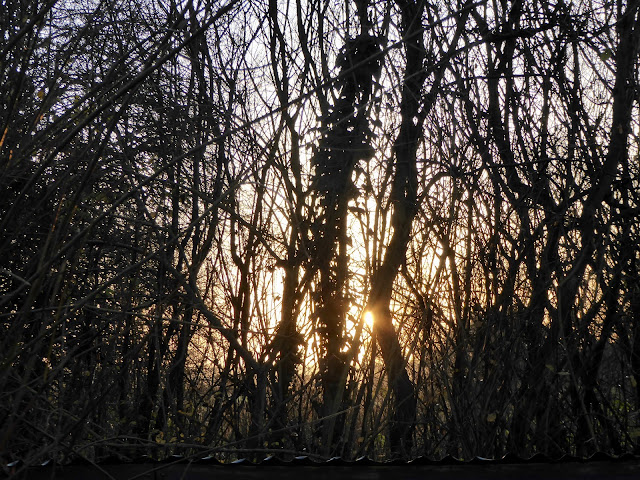 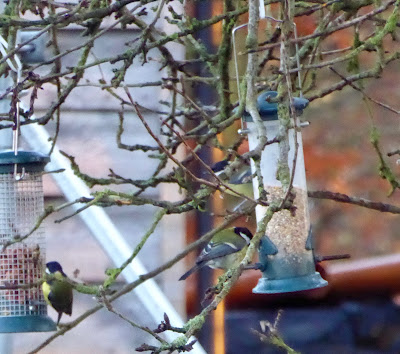 and the blue tits were at the feeders before the Parakeets could get a look in! 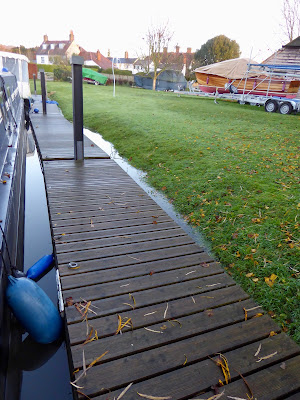 Our mooring pontoon has risen a little ... the river level is still high 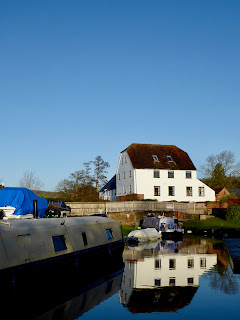 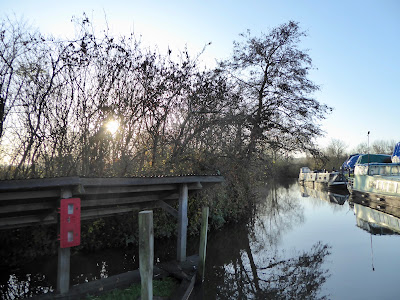 It could be a lovely day today! 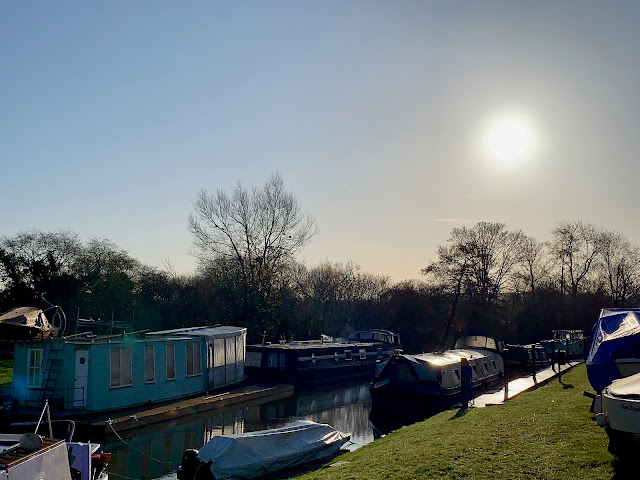 We're planning a trip in February and we need a bit of advice so we're going to catch a bus into Reading.  Once that was sorted it was lunch time ... where will we go to eat today? 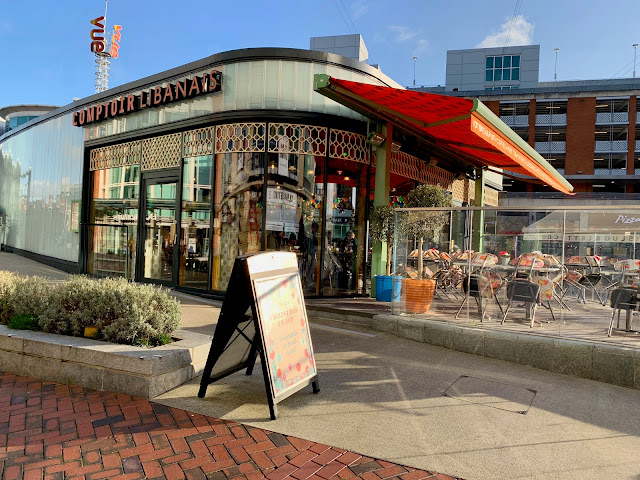 We decided on the Lebanese on the Riverside ... 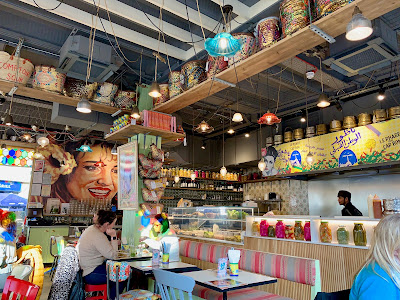 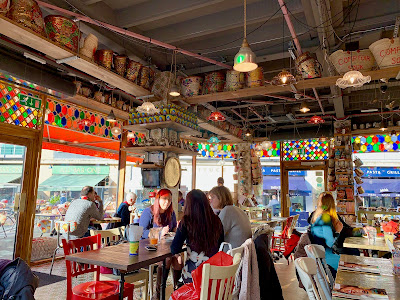 in this colourful, well run restaurant ... 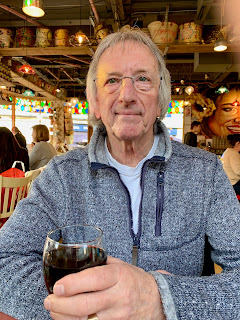 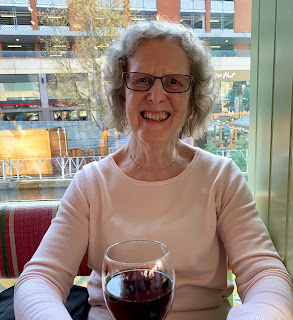 with a glass of wine of course!

After a bit of food shopping it was time to catch the bus home, we didn't want to get back in the dark so caught the 2:30 bus.  All was well until we were a couple of miles out of Reading.  School was  out for the day and there were queues of traffic collecting kids.  The school driveway is U-shaped so traffic was held up as the cars went into the entrance but couldn't exit because the traffic on the road was at a stand still ... a catch 22 situation.  We eventually passed the school and continued on our way ... until just outside Henley where the 850 bus that we were on joins the main road by the bridge. By this time it was about 3:15 and we only managed to move forward at all because cars in front of the bus were turning round and going back the way they'd came. Apparently all the roads into Henley were closed for a Christmas Fair today!
After a while we decided to get off and walk through town in the hope that we could catch a bus on the other side of town.  Several other passengers followed us. 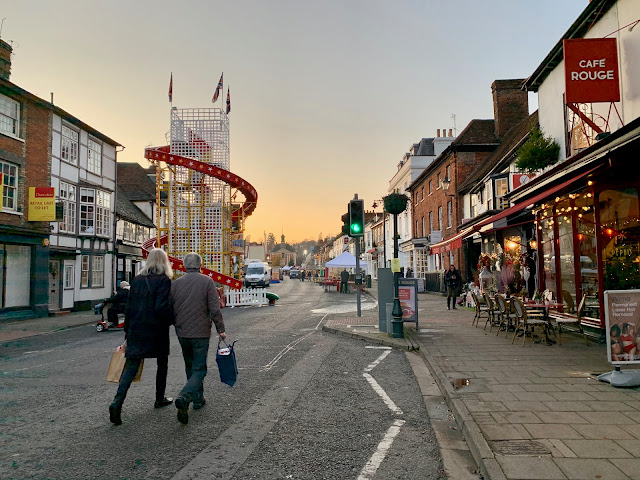 Scenes in Henley as we quickly walked through ... 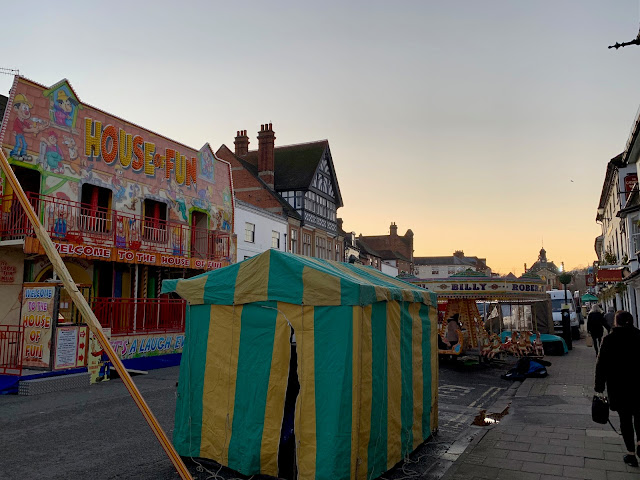 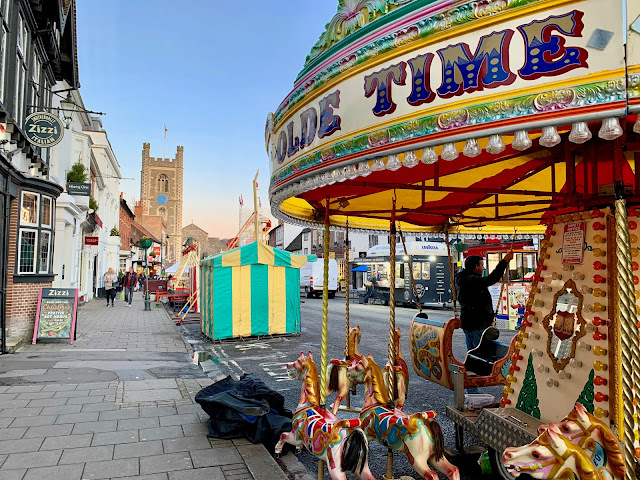 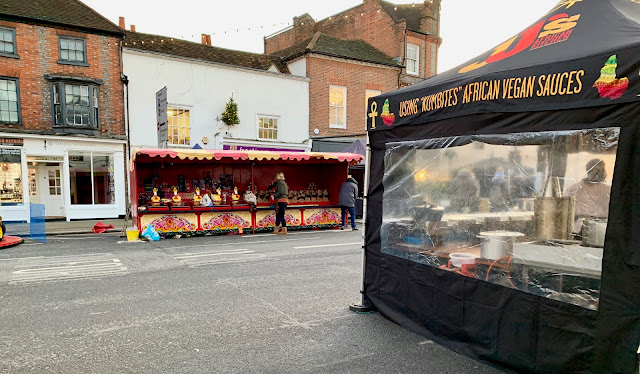 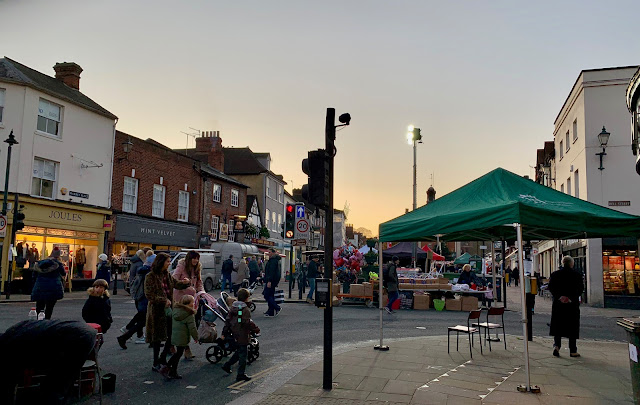 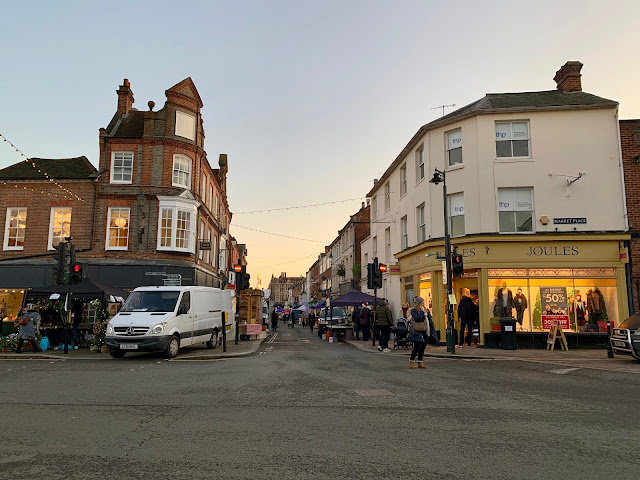 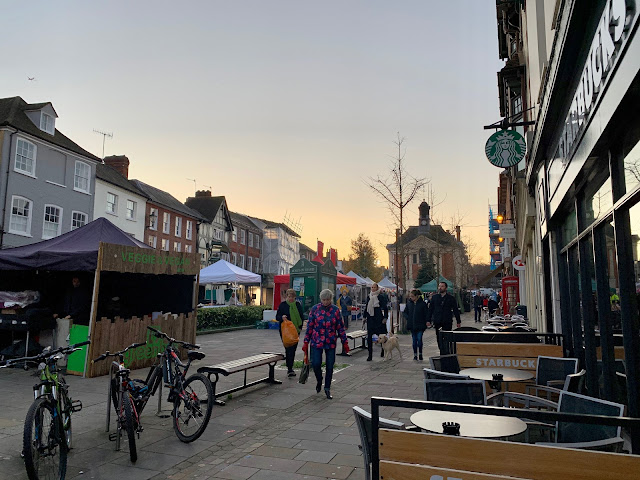 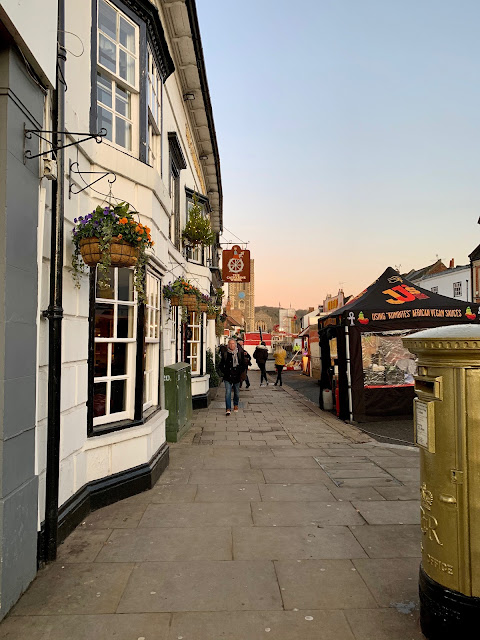 After popping into the Catherine Wheel (Wetherspoons) for a comfort break we had a quick discussion as to whether we could walk back along the river but decided that apart from the ground being very wet (we weren't wearing appropriate footwear) it would  soon be too dark to see, so we continued our walk to the Marlow road and the first bus stop.
Several of the bus passengers were already there together with a group of school goers who had already been there for nearly an hour.  After waiting for the appearance of a bus for about 15 minutes, and a discussion with a couple of other people waiting, we decided that a taxi was in order but by the time we'd found a firm that would come all the way from Marlow to pick us up and we'd booked it, a couple of minutes later a bus arrived ... fantastic!  Once we were aboard George rang the taxi company to cancel the booking.  The bus was packed but we had only a few stops to go so we didn't mind being a bit squashed, at least we were now on the way home.  We arrived back at 4:30 in the dark but to a very welcome, warm Still Rockin'.

It's a busy day when travelling to and from takes longer than the tasks!

Is George growing his hair? Is the trip a return to the 70s perhaps? I wish it was to NZ instead, lovely!

It certainly was on that day Marilyn! Our trip is within the UK this time just a bit different for us! George's hair does need cutting but he wishes he could restyle it, not so easy when it's so soft and straight though!

Re George’s hair, has he tried rollers yet?