A brilliant day ... with visitors expected ... 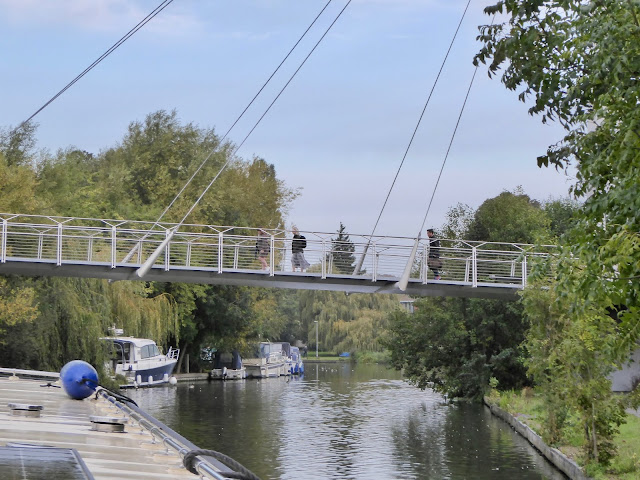 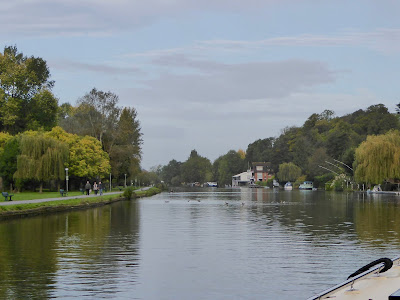 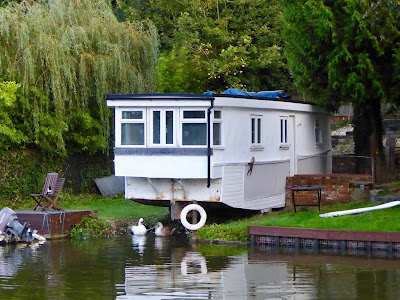 Seen on the way, it's unusual to see a house boat out of the water 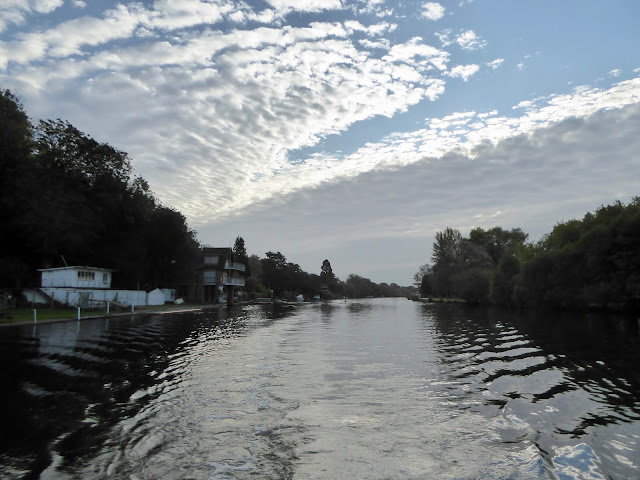 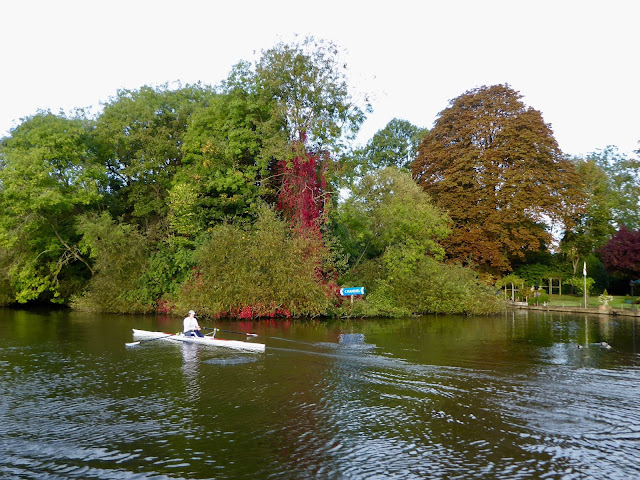 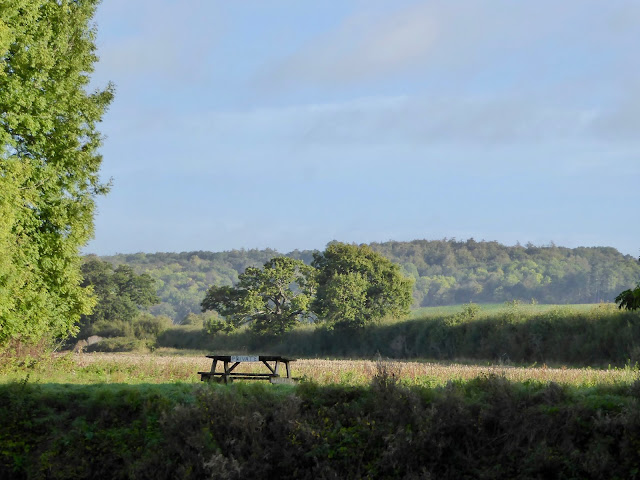 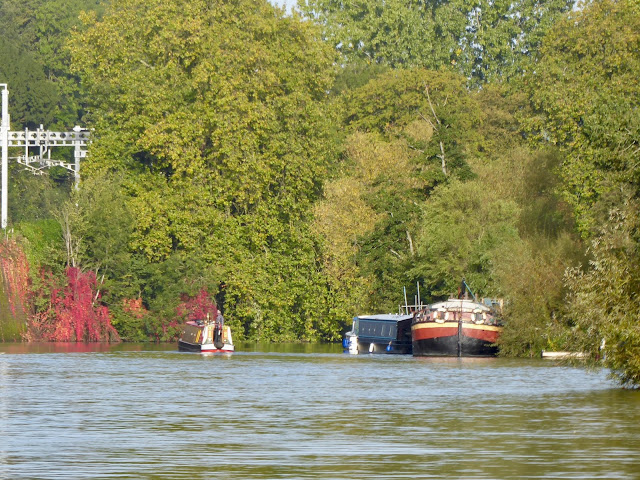 We caught up with a narrowboat that was moored behind us last night ... 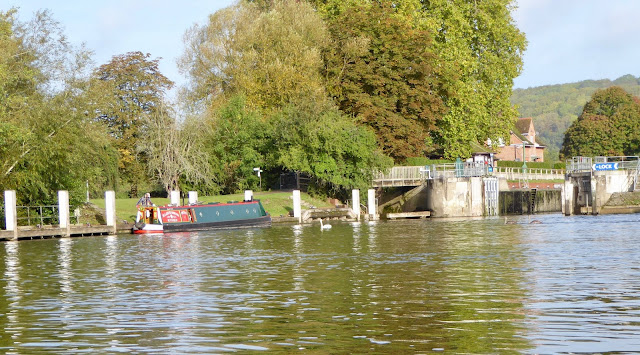 at Mapledurham Lock where the lock gates are open but the narrowboat isn't going in. The chap on the back called to us to take the lock as he's waiting for his wife who had decided to walk with their dog from the mooring and meet up with the boat further along the river but she's got herself lost as the Thames Path veers away from the river.  She eventually caught up with him as we entered the lock and she managed to get on board and share the lock with us.  Instead of walking the couple of miles she intended she'd actually walked about 5! 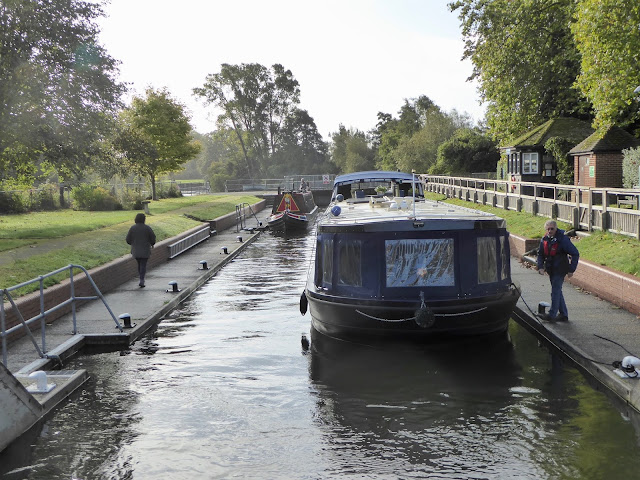 Mapledurham lock is now full and the narrowboat will leave first as we're stopping at the services before we continue upstream. 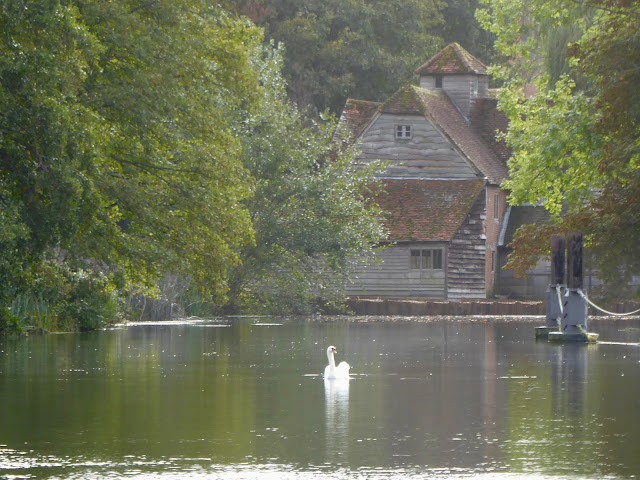 A mysterious building by the lock ... probably once a mill 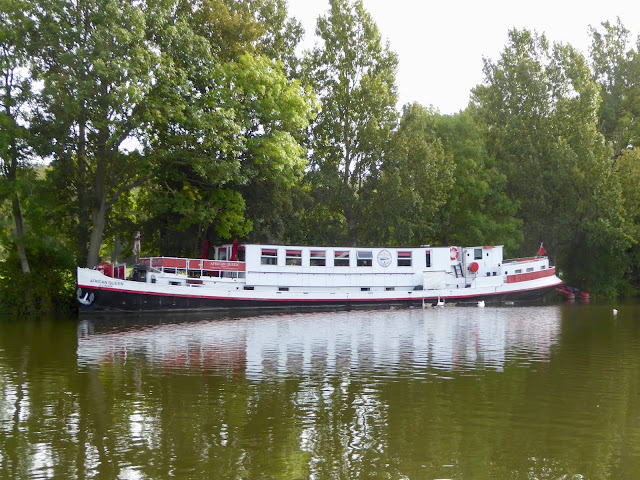 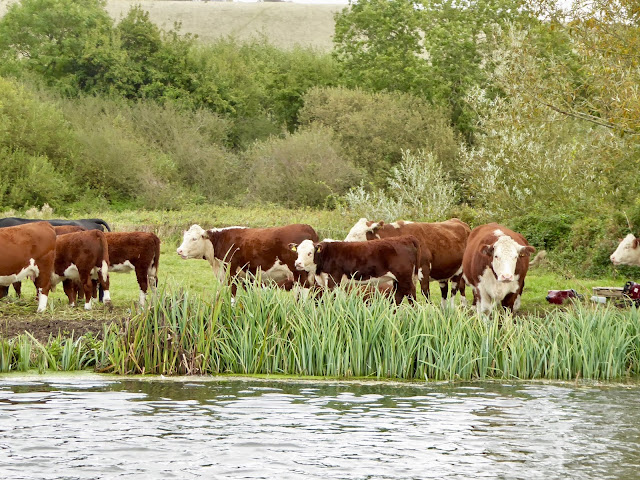 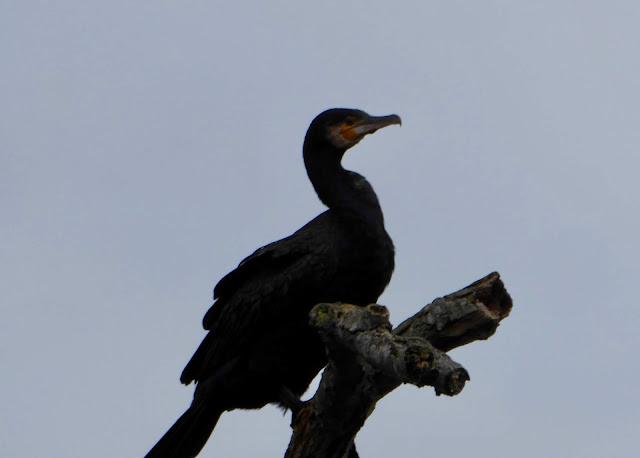 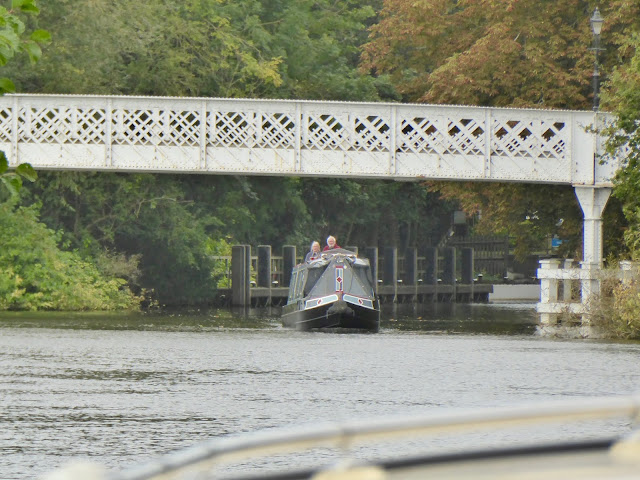 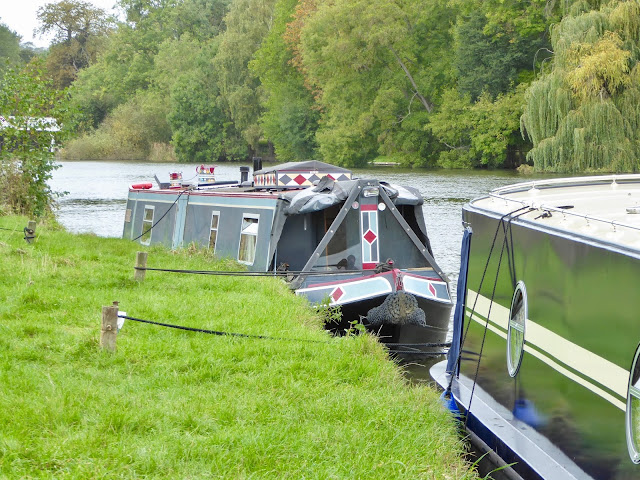 and we moor up nose to nose ... have you guessed who yet? 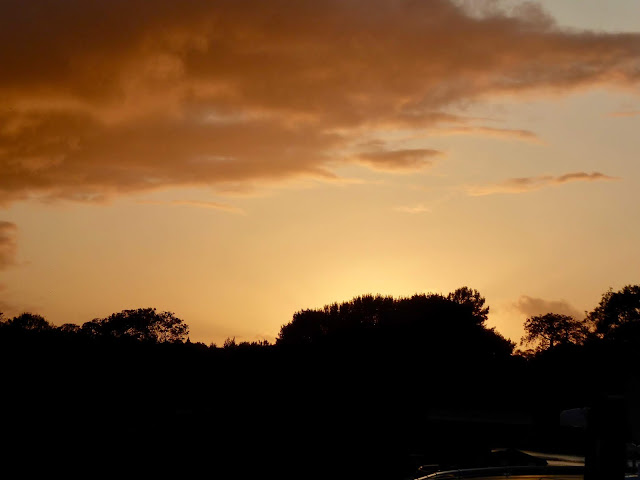 Sunset just after six ... the nights are certainly drawing in now.

Our friends came round for drinks and the obligatory topics of batteries and toilets were thoroughly discussed among lots of other catching up. There was lots and lots of laughter whilst getting through more than a couple of bottles of wine and nibbles that they brought with them.  It was nearly midnight when they left, we'd had a brilliant few hours in really good company and hope to see them both again over the winter months.

Ah! And I am going to miss them this year. Give them our regards and tell them to carry on and go up the GU so we can say hi too!

I remember that Thames Path detour. I'd walked the towpath from Aldermaston to Reading and then the Thames Path to Mapledurham Lock via the detour away from the river. If I remember correctly I had to twice cross the railway line. From Mapledurham Lock I walked to Pangbourne where it started to rain (my luck). From there I walked overland back to Aldermaston. Afterwards I thought "Well you underestimated that distance!" :-)

Sorry Sue, but they'll be off the Thames by Friday onto the Oxford and home.
Well done Kevin, it was easy!
Tom - we remember those very long walks you used to talk us through on your blog in the early days of of Wairouru.

en.wikipedia.org/wiki/Mapledurham_Watermill for your information, you have possibly seen it in the film "The Eagle has landed"

Thanks for the info Alf, very interesting! The next time 'The Eagle has landed' shows on the TV I'll make a point of watching it again. Regards to you.