Sunrise over Melbourne and from the top of the bus ... edited

After a problem with our aircraft's computer our flight from Perth to Melbourne left over an hour late at about 01:45 on Wednesday (20th) instead of 11:30pm on Tuesday (19th) and we arrived at Melbourne airport at about 06:30 local time (3-hours behind ahead Perth) - got that? 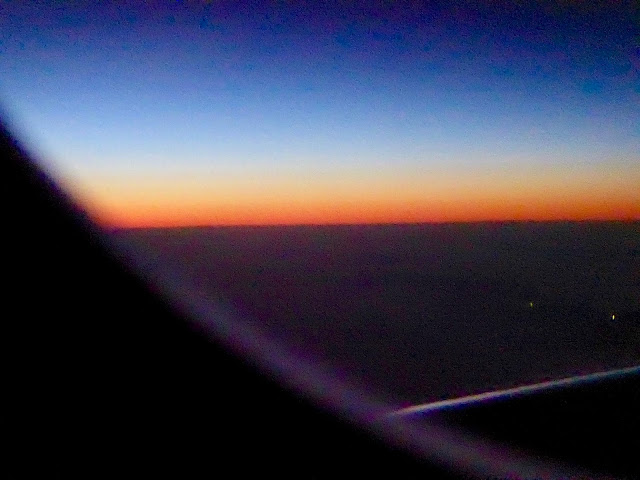 Never seen a sun-rise like this before as we fly across Australia - no idea what time it was though! 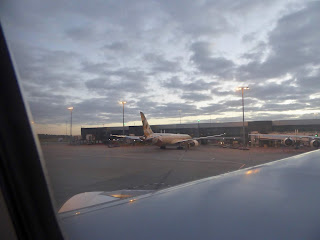 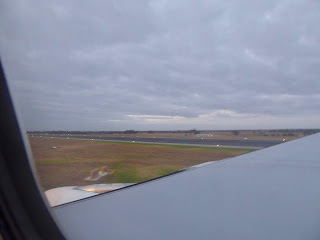 Arriving at the airport.

My brother Garry and his wife Sue came with us to Melbourne and the plan was to take the taxi already organised by our travel agent, drop our bags off at the hotel (we couldn't book in until 3pm) and then catch a hop on-hop off bus tour of the city.

Things never go to plan do they?  The taxi wasn't there for us.  We waited for over half an hour but there was no sign on him so we took a taxi from the rank at the airport arriving at the hotel at about 8 o'clock.

The reception at the Rendezvous Hotel, Flinders Street was good and they promised to contact us if our rooms became available earlier.  We paid for breakfast and ate very well and then set our for the bus from Federation Square  ... so this is what we saw ... 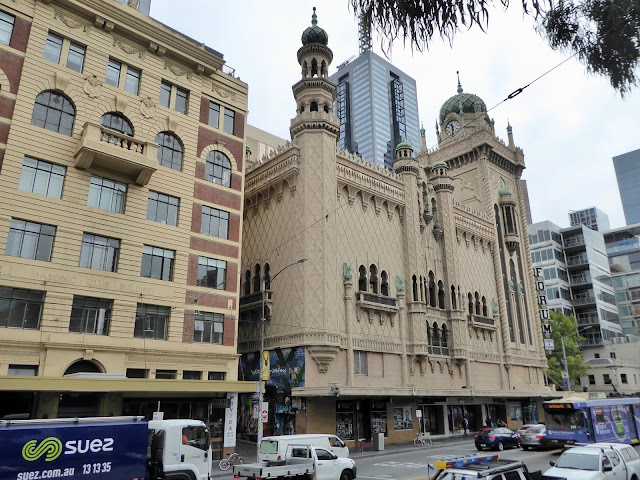 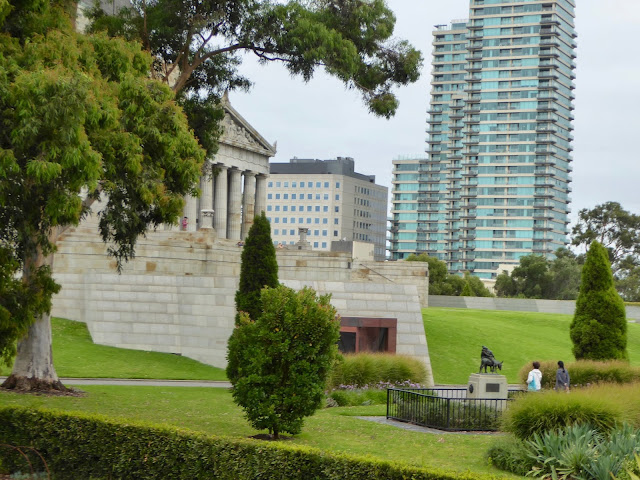 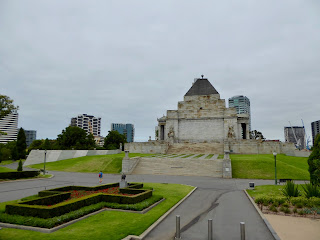 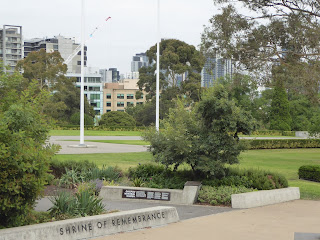 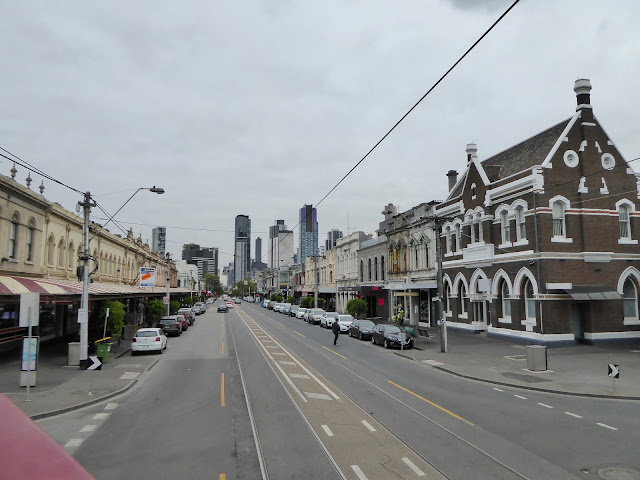 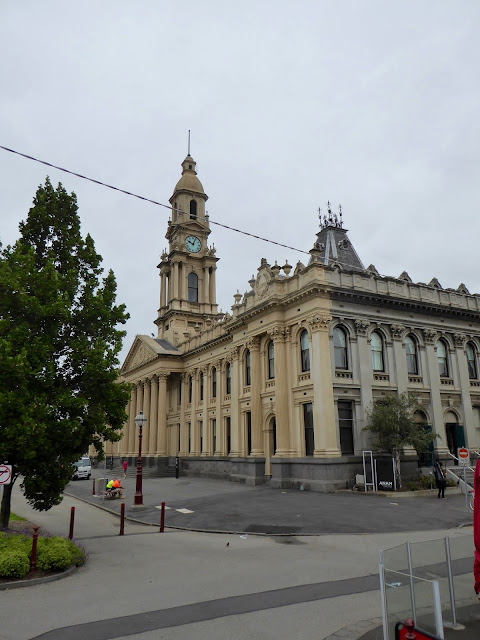 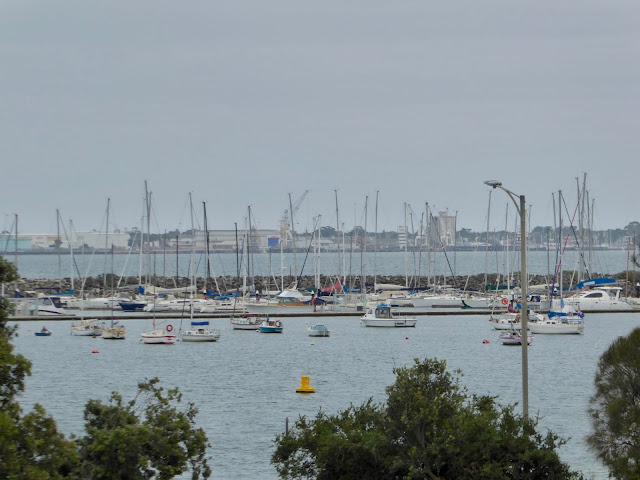 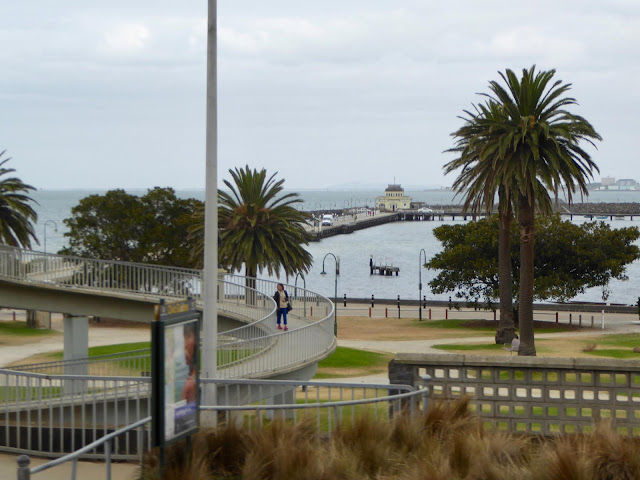 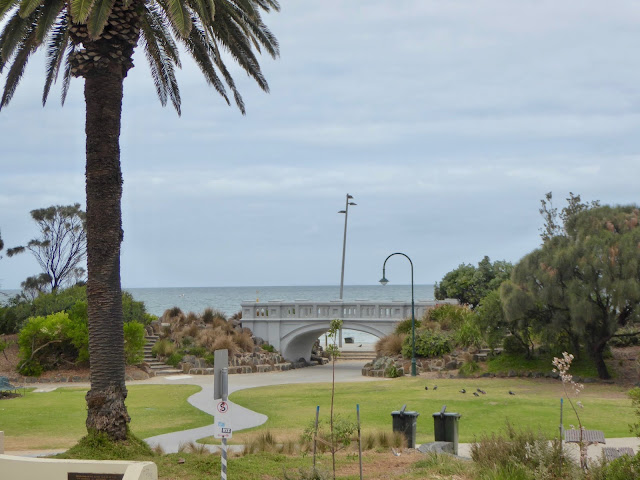 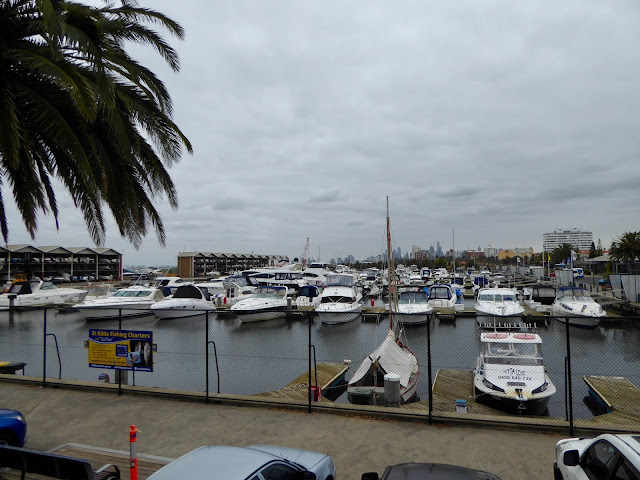 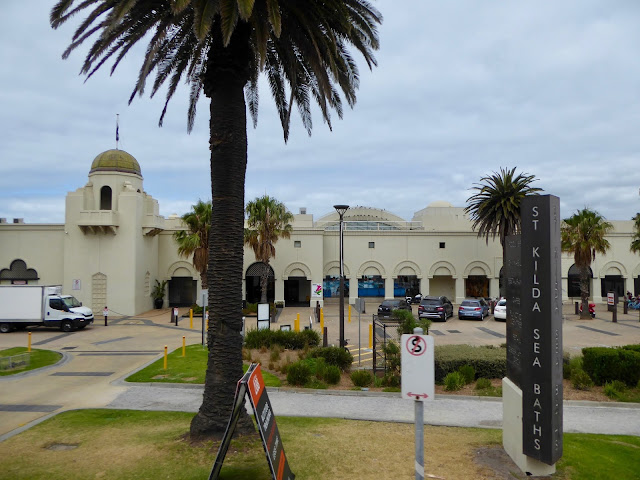 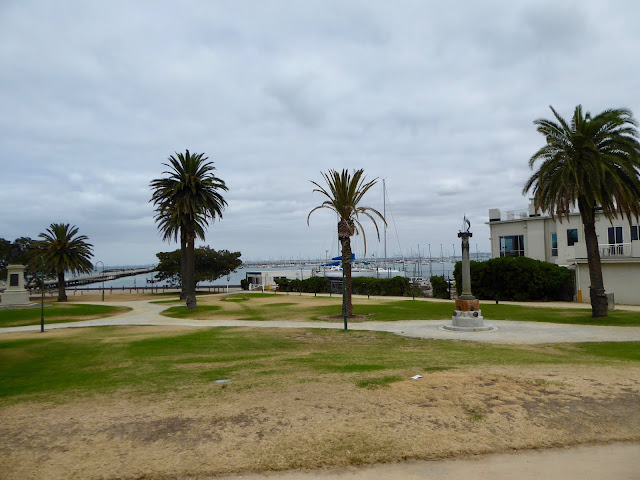 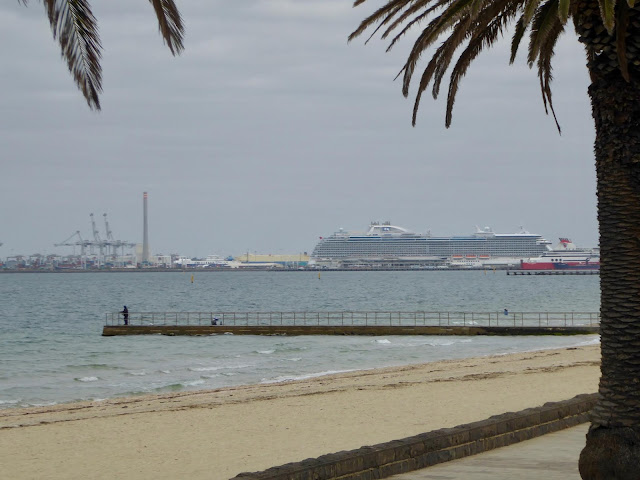 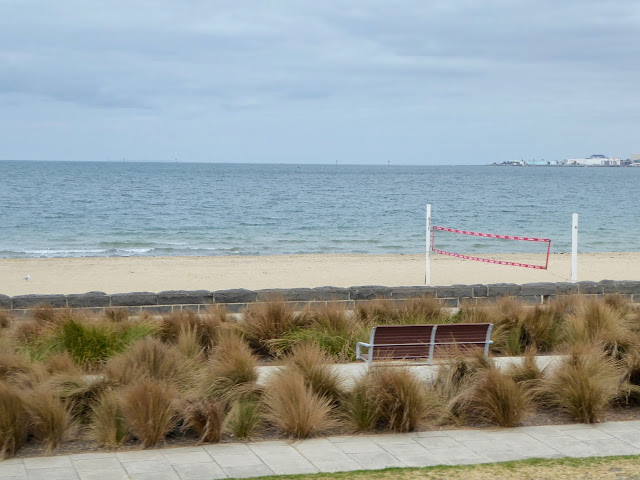 and volley-ball courts on the beach 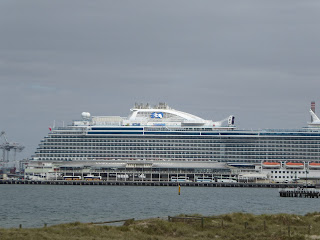 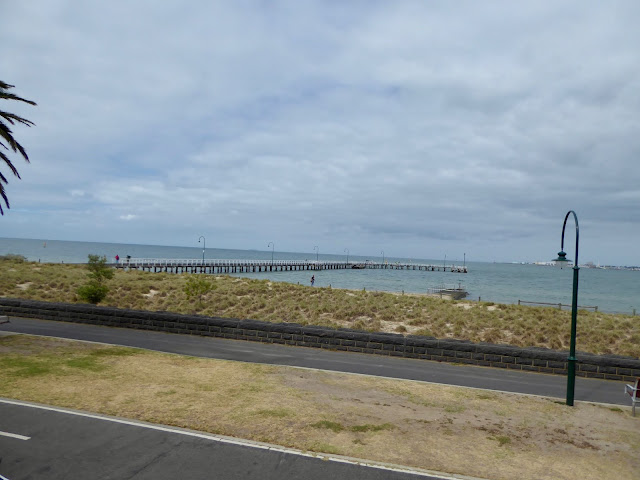 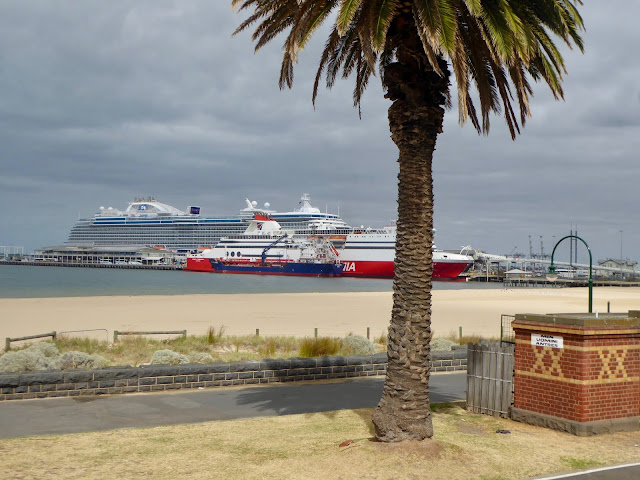 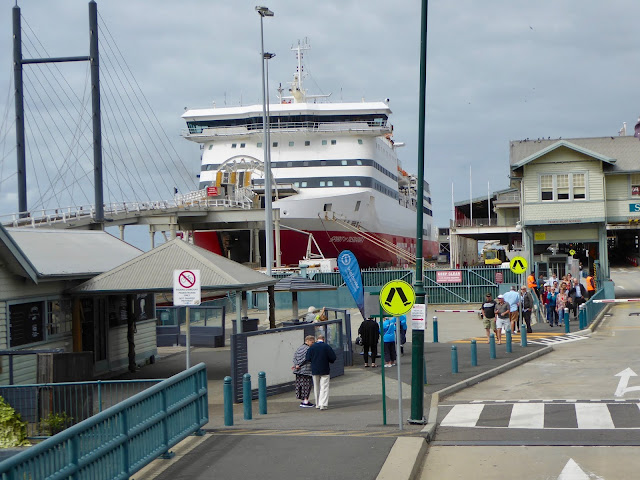 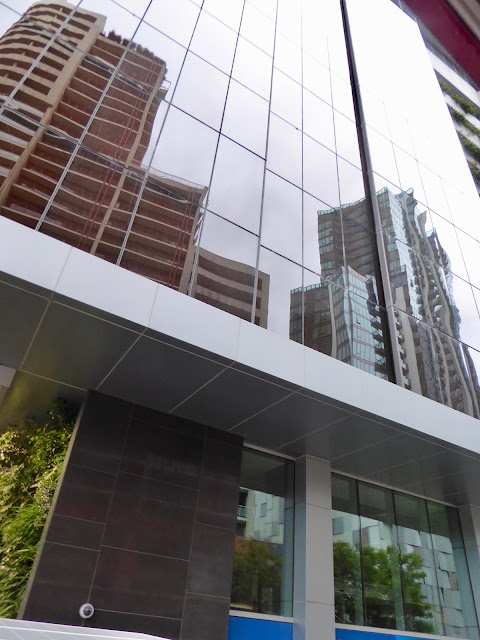 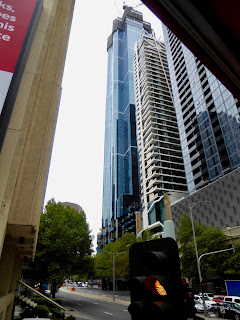 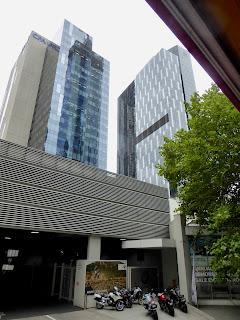 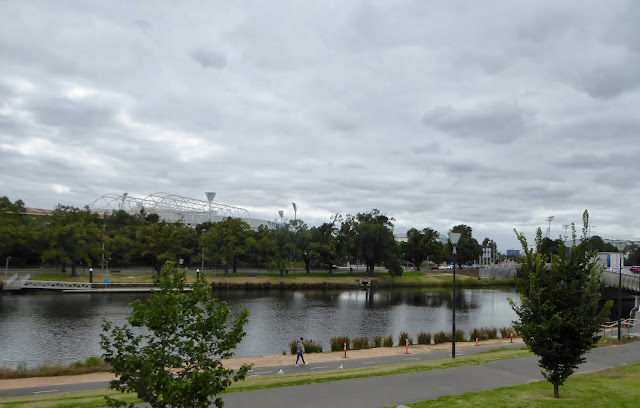 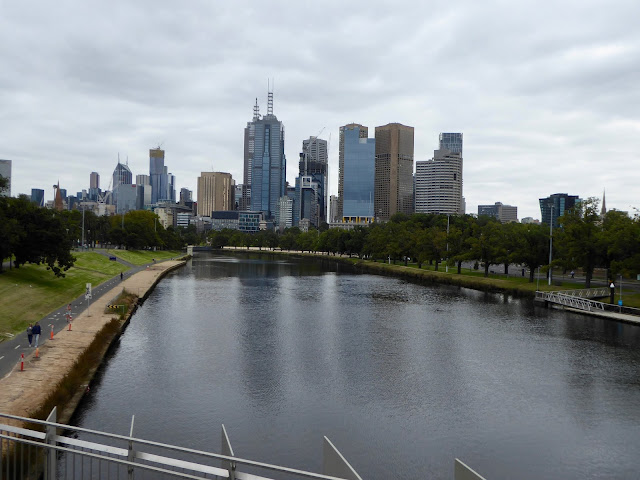 By this time (11:30) both of us had received calls from our hotel that our rooms were now available 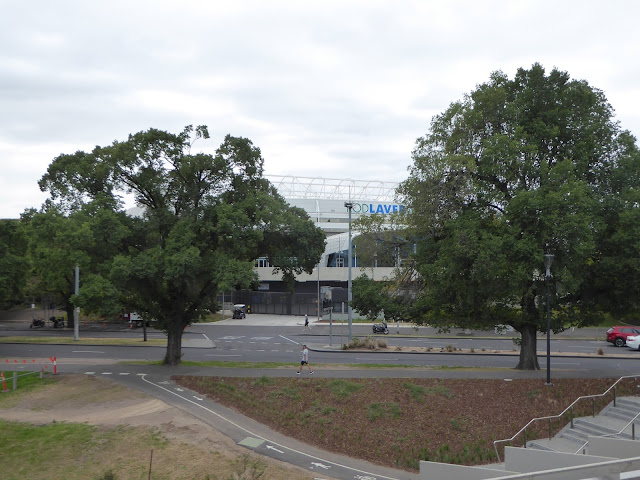 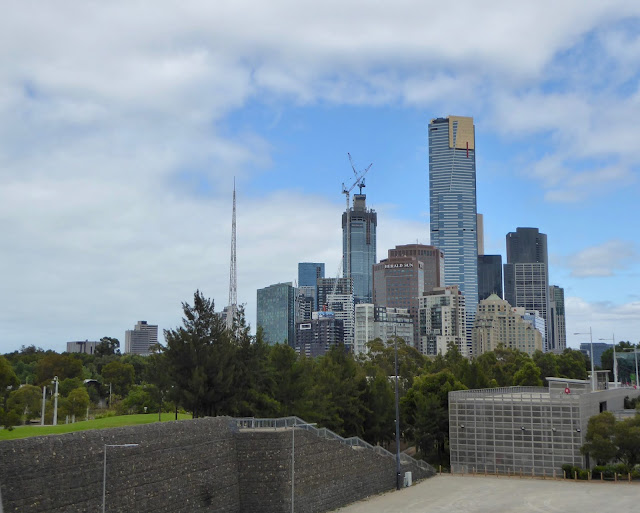 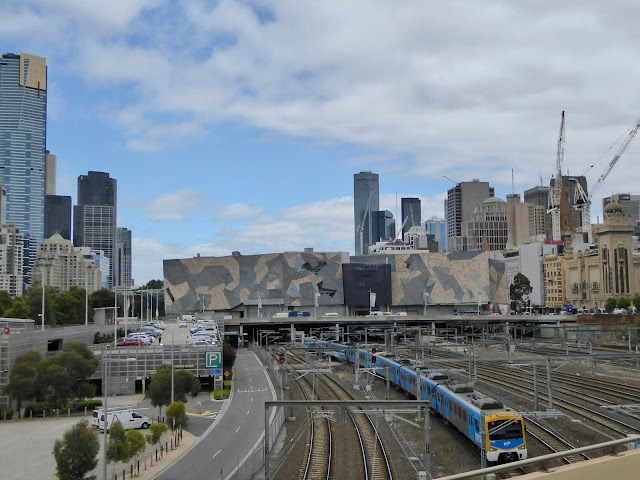 Carol, Melbourne time is three hours AHEAD of Perth. Not behind! :-)

Also, Artvo in Docklands is a bit of fun

No wonder I didn't know what time it was Tom! Now edited.


Hello Roger, we did do the cakes in St Kilda and very scrumptious they were too! We will have a look at Artvo. Thanks for your comments.