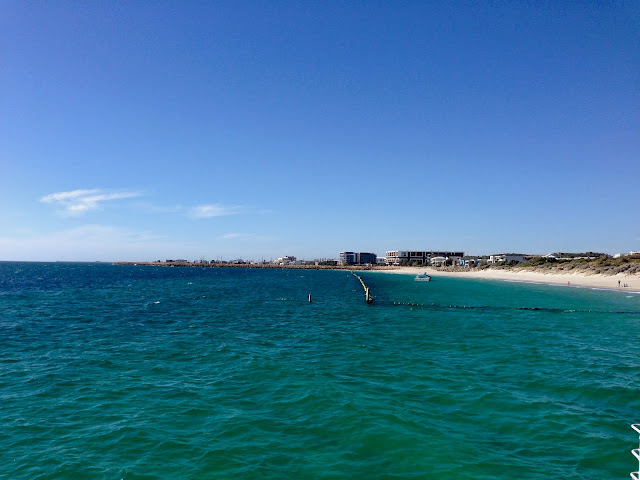 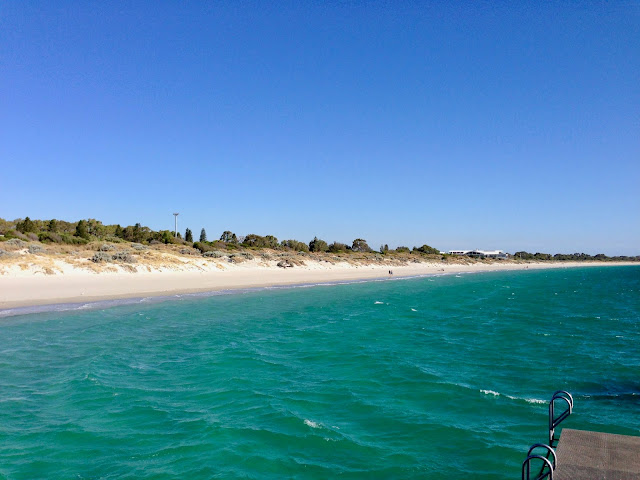 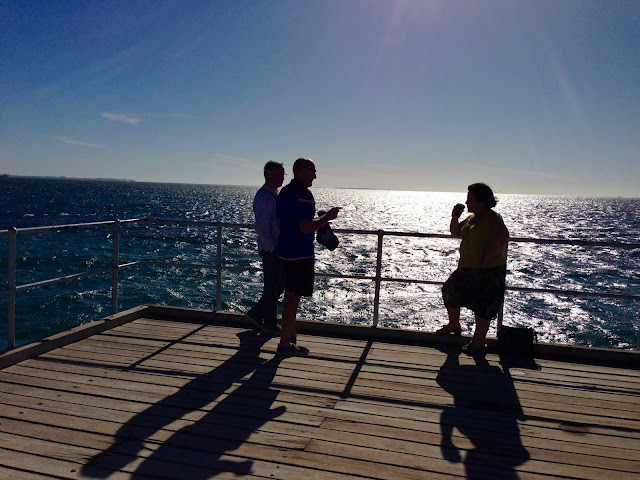 My brother Garry pointing something out to his wife Sue! 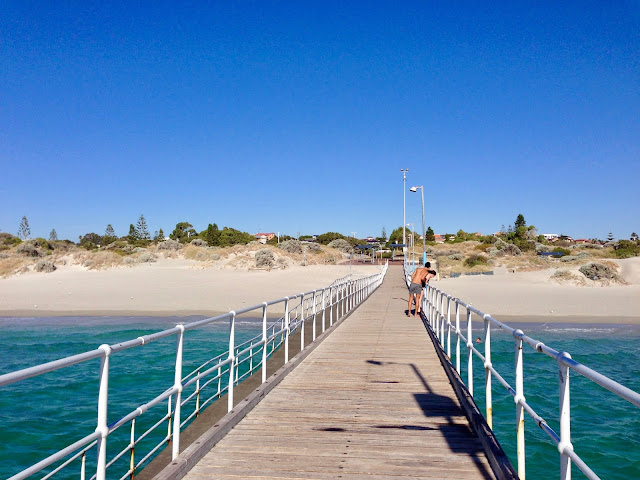 Back along the jetty to the car and into Freemantle town ... 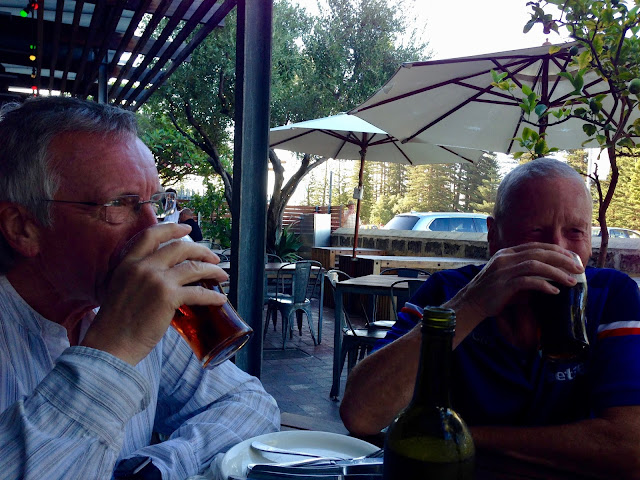 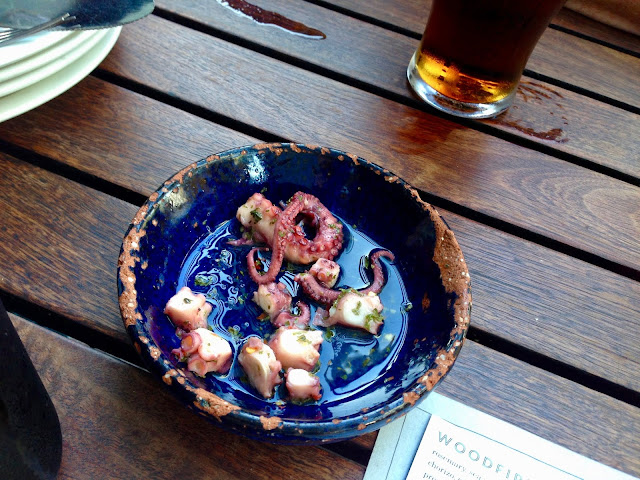 where we were introduced to ... you've probably guessed ... octopus! 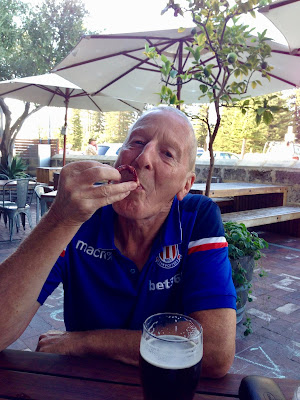 George liked it, said it tasted like cockles from Blackpool!  I didn't like it at all!  This is Garry eating the last tentacle in the bowl. 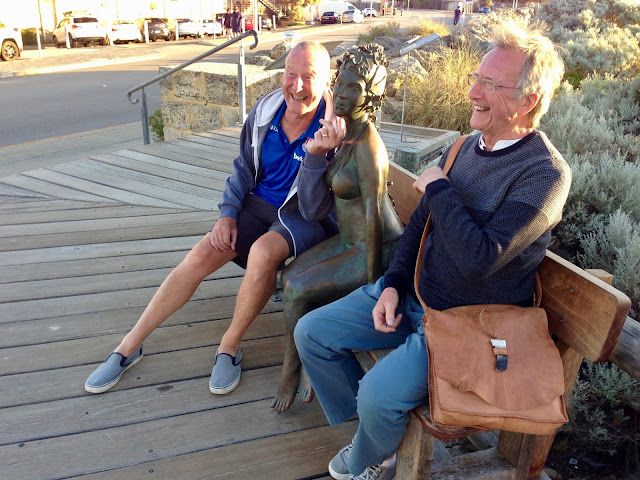 Being friendly to a lonely lady! 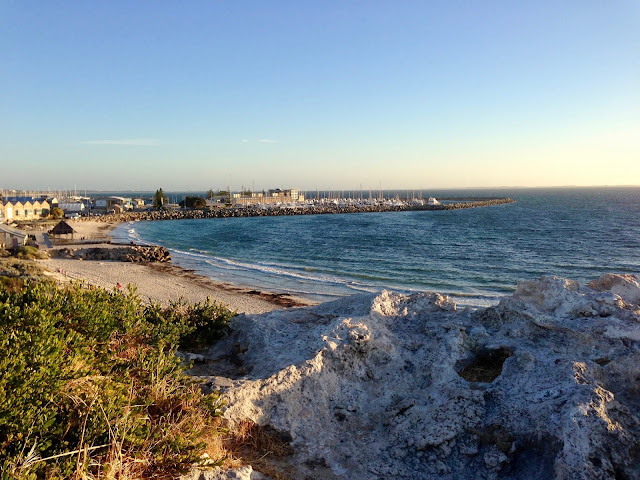 Looking back on Bathers Beach from The Round House 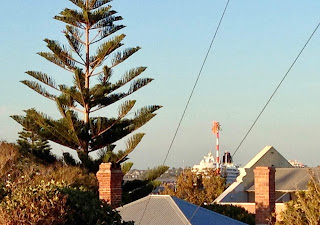 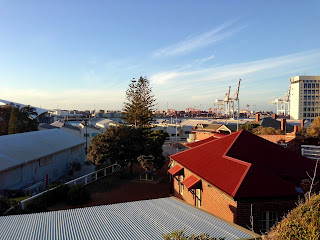 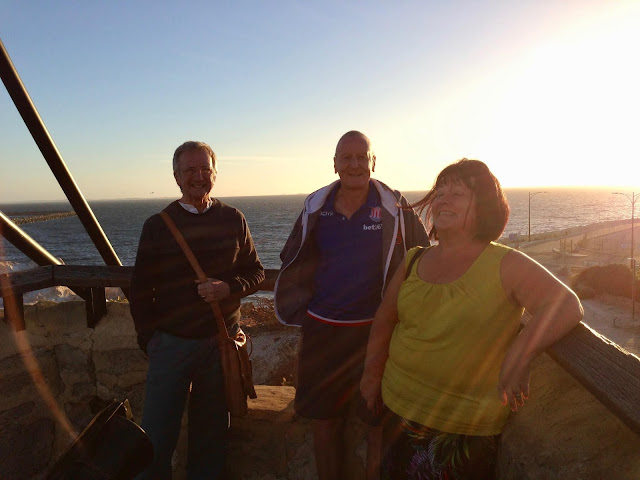 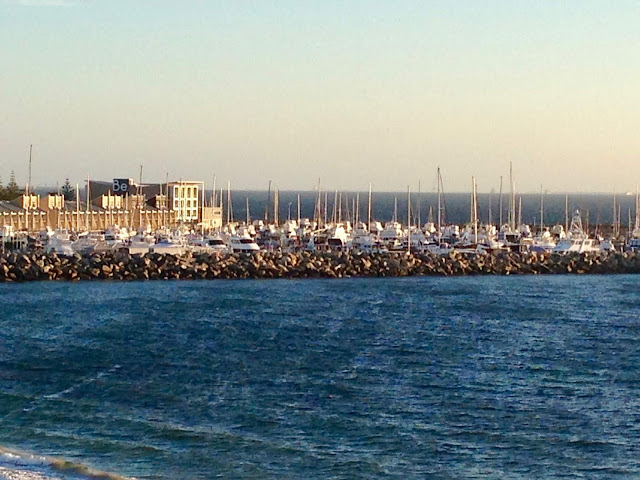 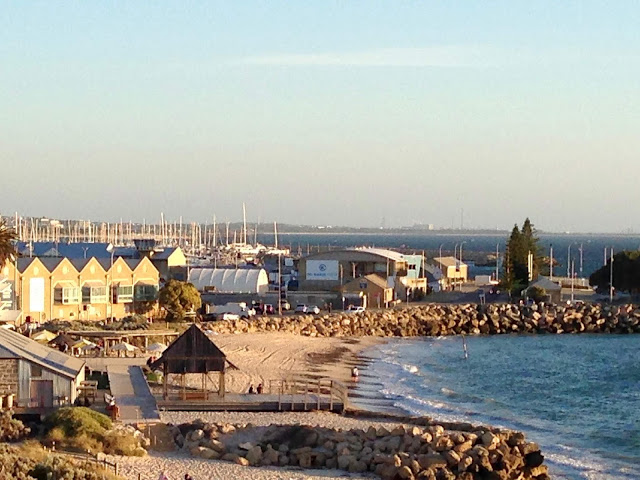 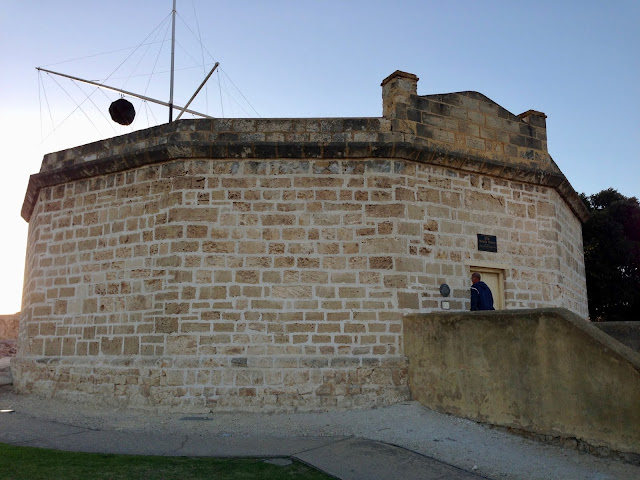 The Roundhouse is the oldest public building in the State of Western Australia. Opened in January 1831, just 18 months after settlement, it was built to hold any person convicted of a crime in the settlement and was used until 1886.
After it ceased being used as a gaol it became a Police Lock-up until the late 1890s and then was used as accommodation for the Water Police, and afterwards as a storage facility for Fremantle Ports. When threatened with demolition in the 1920s it was saved and later control went to the State Government before it was deeded to the City of Fremantle. 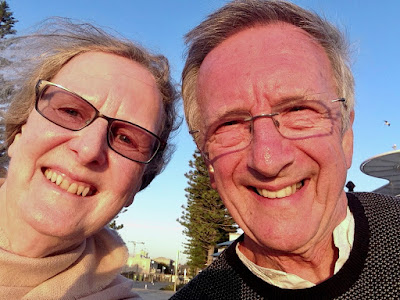 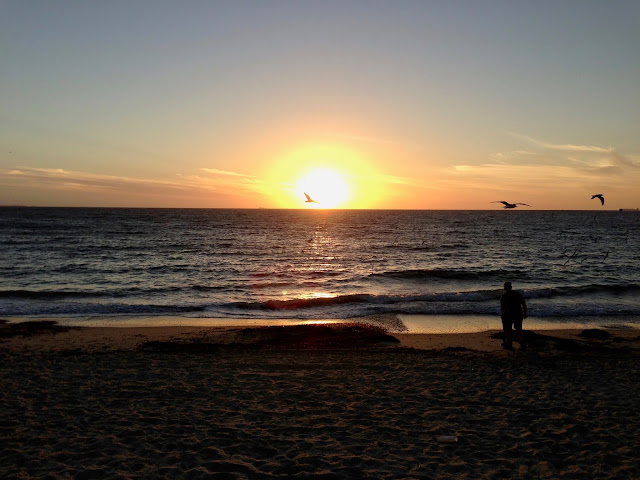 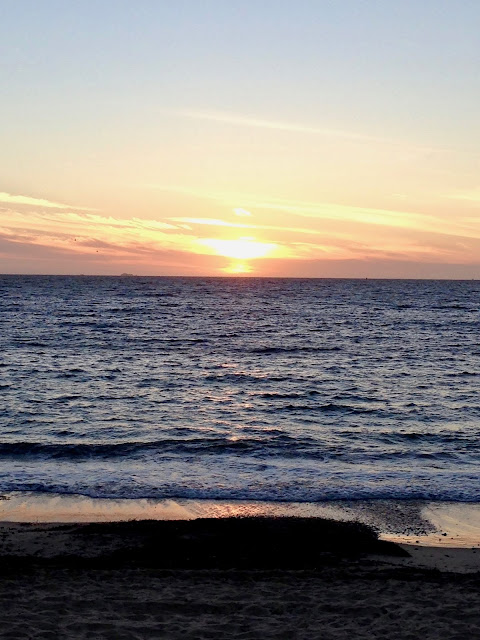 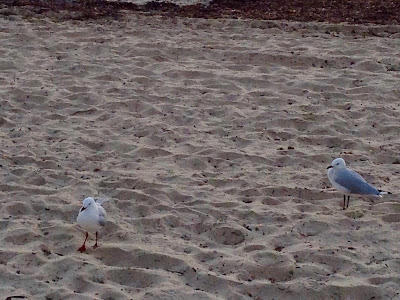 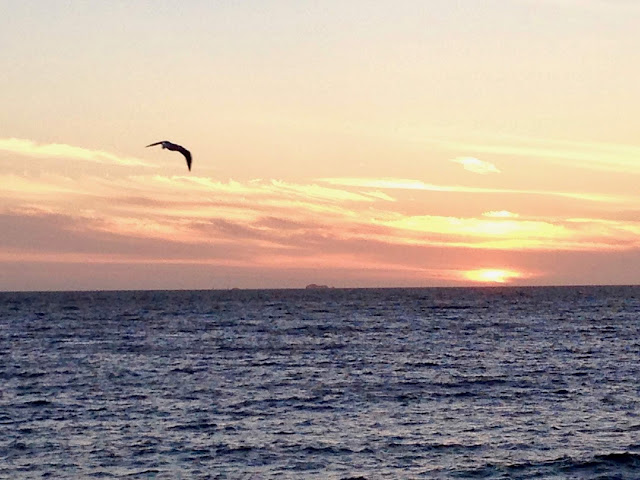 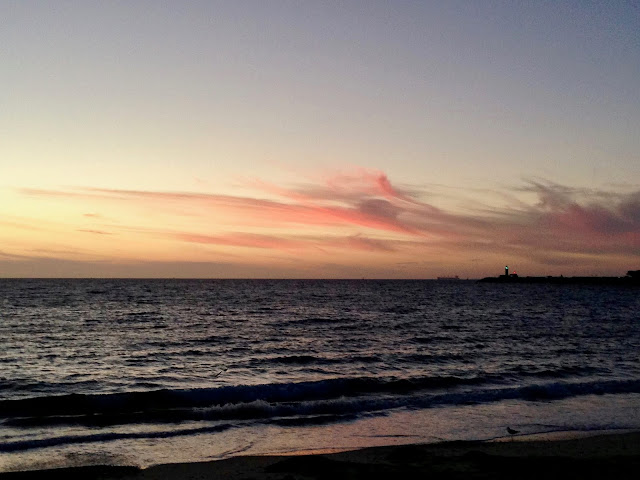 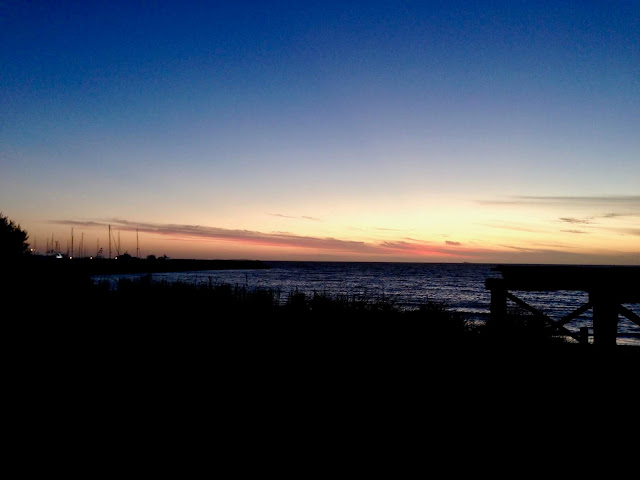 Not quite as good as it could have been as there were a few clouds about.
Once the sun had set we continued to sit and eat the most delicious fish and chips I've ever tasted! 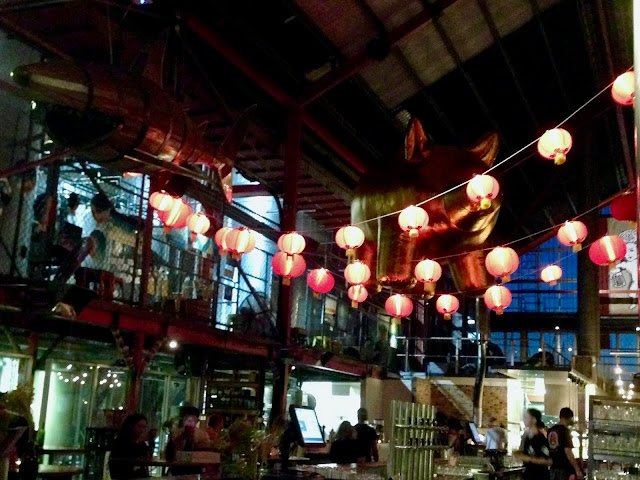 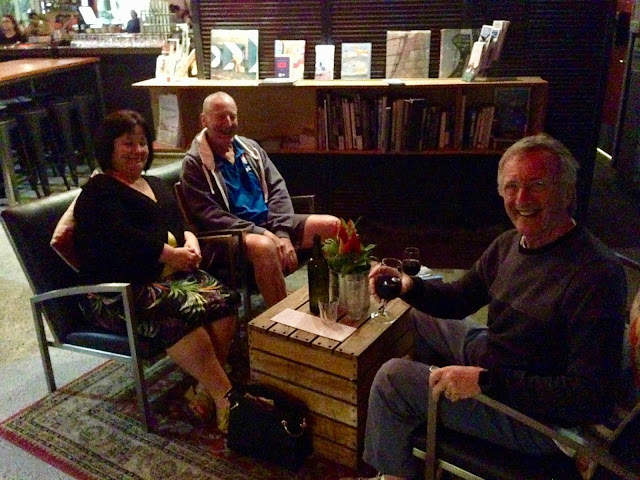 We were very thirsty after all that walking and food!

Another amazing day in Oz!
Posted by Carol at 03:30

Don't swim in the ocean Carol. As the Great White Sharks say "Brit tourist... Love them!"