It was a great sadness to receive that phone call yesterday morning and my heart sank when I saw that it was Jaq and knew it would not be good news.  Although expected it was still a shock.  Her best beloved, Dear Sir had died.

We first met Les in September 22nd 2009 at the water point in Bulbourne and chatted as you do with a new found boater. 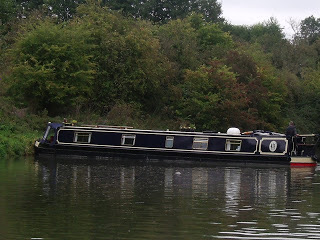 (Les's photo)
I remember that we talked about all the usual stuff on a first meeting ... how long we'd been boating, whether or not we were CC'rs, how long was RnR and did we think that winding (turning) at the water point would be difficult and we explained that we had bow thrusters and we exchanged blog details.

We saw Les a few times on our travels but as I don't often take 'people' photos it was in April 2011 before I took a one of this lovely smiling man ...

We'd caught up with Les on nb Valerie when he had his young grandson Jack travelling with him. 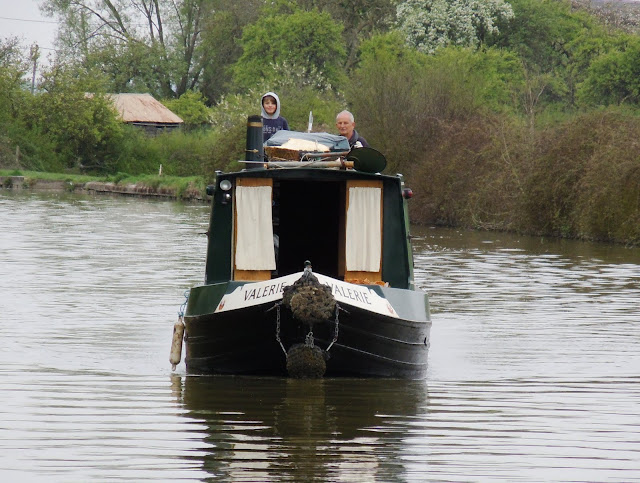 We cruised along with them ... 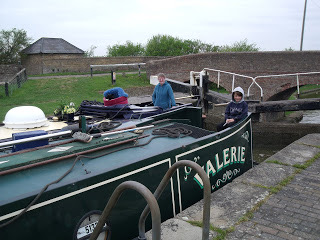 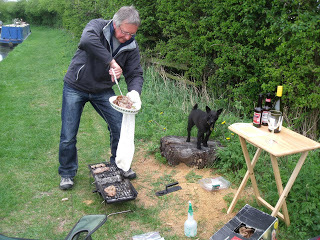 
I remember that RnR gradually tipped as the pound reduced in depth and Jack, although very young, earnestly advised George that he should move over to the other side of the canal where nb Valerie was moored as the tilt on RnR was becoming serious.

Our cruising pathways diverged over the next few years but we  kept in touch via the Les's blog nb Valerie and Jaq's wonderful blog So this is love ... which told the story of long distance love between two beautiful people on different sides of the Atlantic Ocean.
That love prevailed and they got wed in June 2011 ... 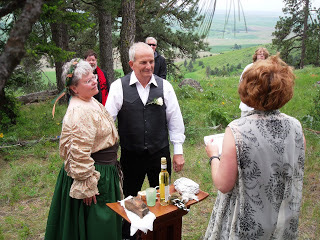 (from nb Valerie's blog)
... and they were so happy and so in love.
Jaq came to England and joined Les on the canals to enjoy their life together.

I can't remember where we were when we first met Jaq but I think is was not long before Christmas and Les was helping Jaq to make her own version of Bailey's Irish Cream and of course we had to sample some and it was soon all gone and Jaq started another batch as we left.

We would bump into the occasionally over the intervening years for a quick catch-up in passing or an evening of laughter and enjoying their company but unfortunately I can't find any pictures of those times.

It was in June 2013 when Mr C came to call on Les but he and Jaq always stayed strong and hopeful through all the adversities life and cancer threw at them. 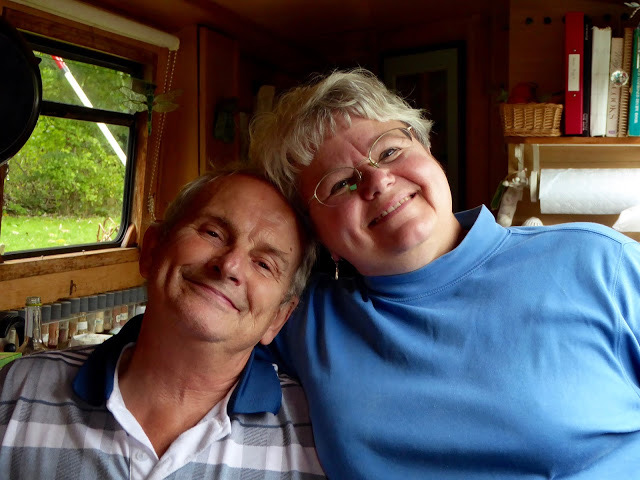 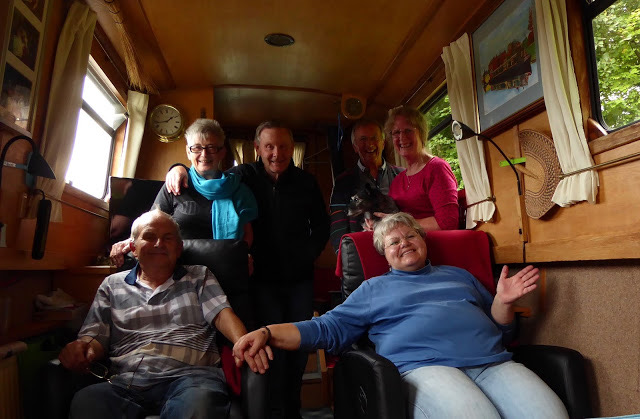 Marilyn and David were visiting too and Les looked well, smiling, laughing and enjoying life as he always did.

We saw them both again just before Christmas and this was the last time although we were hoping and praying that it was not.  Early in January he was admitted to the hospice to regulate his pain medication and hoped to be home again in a few days, but it was not to be, Mr C had galloped ahead and the end came so much quicker than expected for them both.

Les is now pain free and is at peace, he died with his boat keys in his hand and his best beloved wife at his side.  Our thoughts, prayers, strength and condolences now go to Jaq and her future as a single handed boater and their families both here in the UK and in the USA.

We will always remember Les for his humour, his knowledge of all things canals and London and will miss him as will all those who knew him.
Posted by Carol at 09:48

Carol, this is a truly beautiful and very moving tribute. I am deeply touched by it and my heart goes out to Jaq especially and to all of you who knew him. He sounds as if he was a lovely man.