We had a busy morning on Day’s Lock moorings on Saturday, lots of visitors.
First of all houseboat Gypsy Willow came by looking for a mooring to pick up some passengers but with none available we suggested that they pull in alongside us as their visitors would not be due for half an hour so.  The kettle had just boiled so I asked if they’d like a cuppa while they waited and Peter and Karin came aboard and we got chatting as you do and got along famously.  Their friends arrived trouping over Still Rockin’s deck and off they went.
No sooner had Gypsy Willow departed Kathy and Martin (nb Moriarty) came to introduce themselves, they had met up with Ann and Kevin on Rock ’n’ Roll (our previous boat) so were intrigued to come along and have a look around.  Another cup of tea later, off they went to continue their walk.  Good to meet you both.
And blow me down who should appear next ... 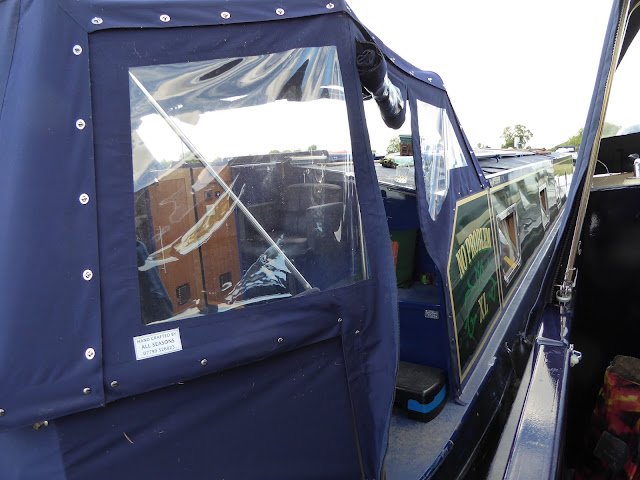 … still no spaces so they breast up with us, good to see them again.
We’d decided that a bbq was in order for this afternoon … but 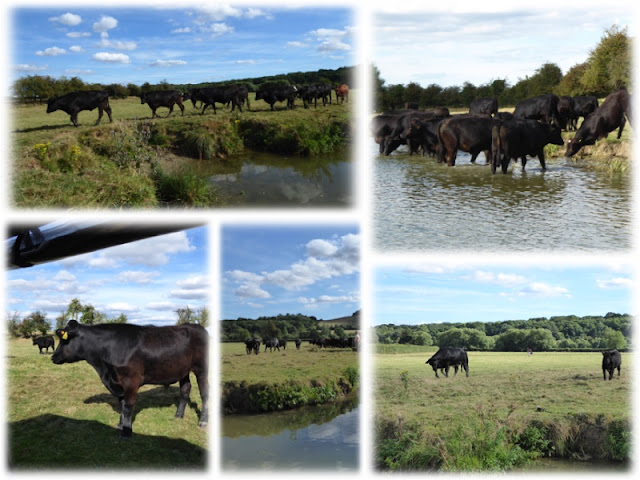 … just before 5pm the farmer herded his young bullocks into the riverside meadow presumably so that they could drink ... 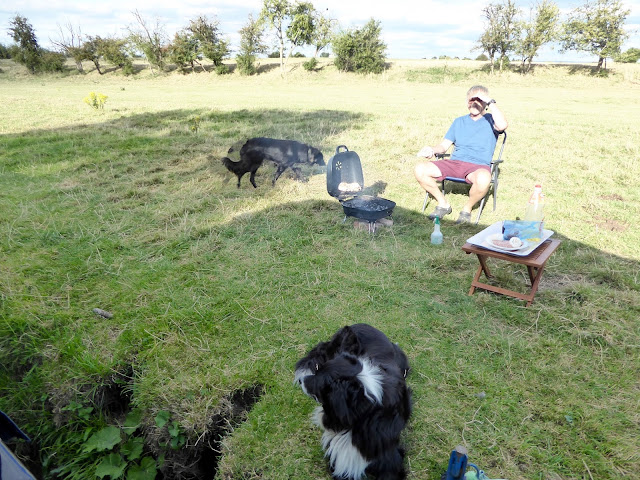 We waited nearly an hour until the cattle had disappeared through into the top field and the bbq was lit … all set!
… but it was not to be half an hour later they all came back! 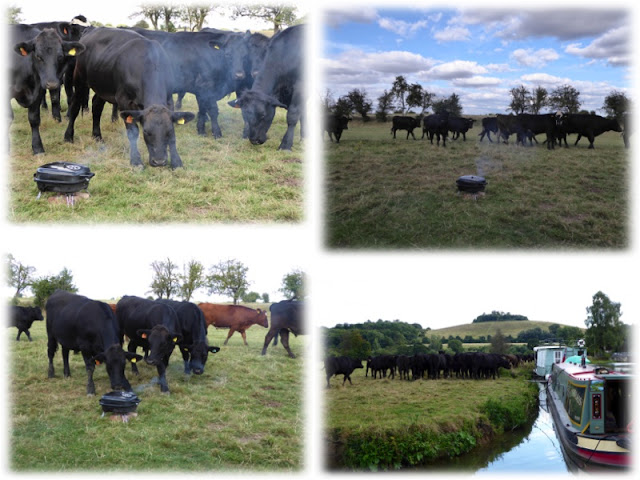 Two of them burnt their noses on the bbq but they did eventually drink their fill and meander back through the gate into the lower field and our evening meal was enjoyed! 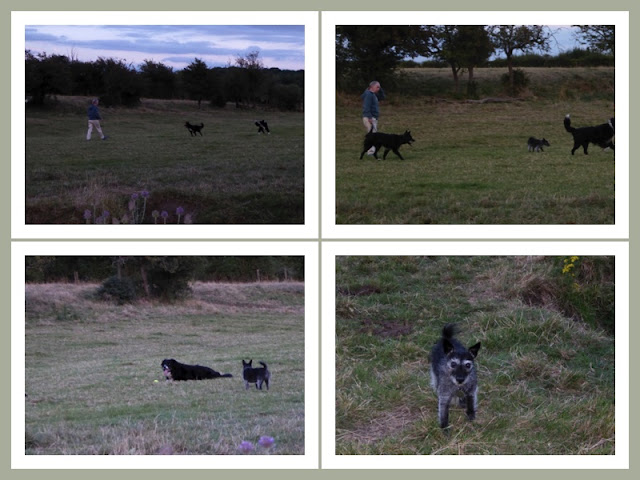 20:15 and time for the dogs (Meg, Penny and Molly) to get some exercise. Molly particularly enjoyed the run, although she can’t see what’s happening she could hear Meg and Penny turning and running back with the ball and so joined in the fun.  Great to watch! 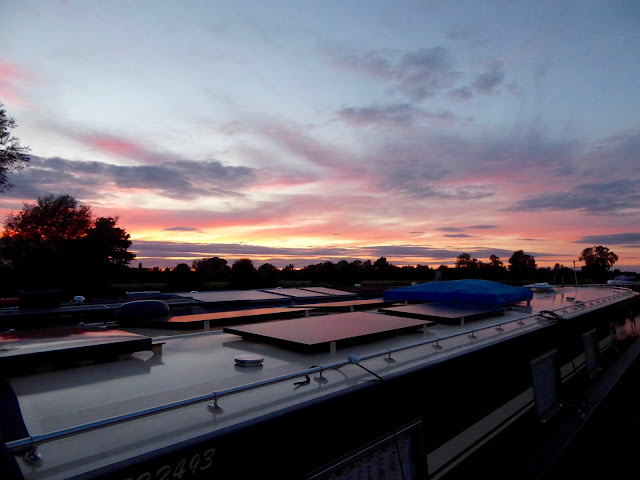 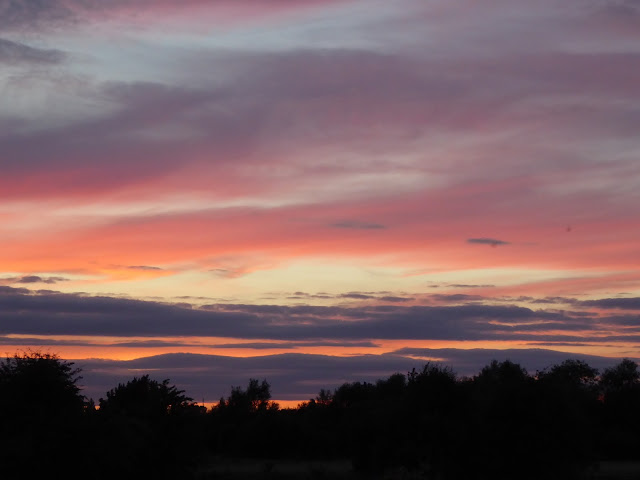 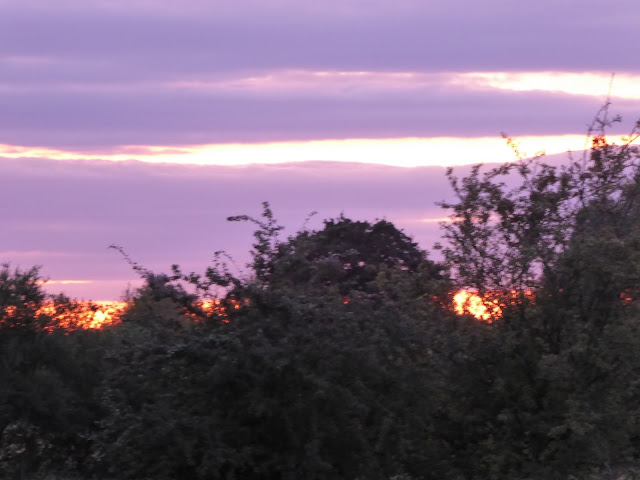 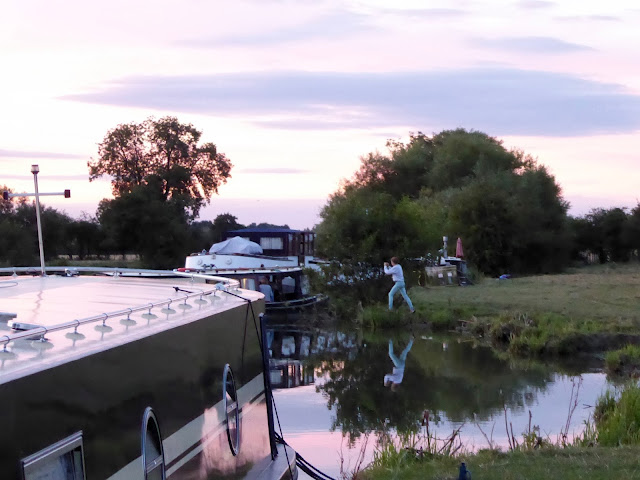 The busy but lovely day ended with another stunning sunset and I wasn’t the only one taking pictures!

Now I've heard that George is partial to a steak on the BBQ, but coking it whilst it's still mooing is just one step too far... how rare do you like it I wonder? LOL

Not that rare Kevin! x