Oh what fun at Springwell! 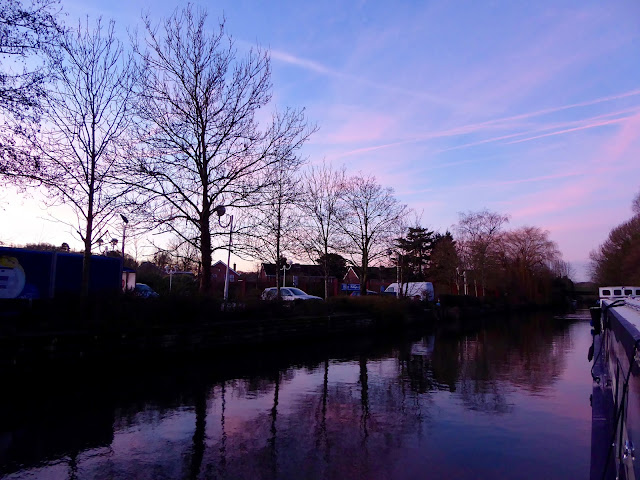 A promising day yesterday morning just after 7:30.  A bit later than planned but that extra half-hour of continued sleep was very welcome.  A good day to be cruising. 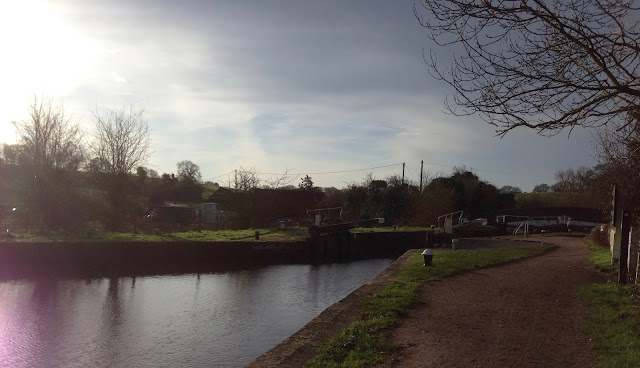 I’m lock wheeling again today and really enjoying the exercise although here I’m sitting on a handy towpath bench above Stockers Lock with the sun on my face waiting for Still Rockin’ to appear after cruising past a long, long line of moored boats.

The lock gates were already open (either because the previous boater had left them that way or they had drifted open under their own volition) and the bottom gates here are very leaky!  While George was closing the gates he noticed that the water below had overflowed onto the towpath. This lock is due to close for maintenance between 26th February and 8th March. 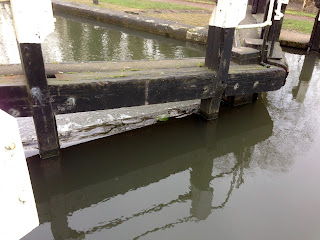 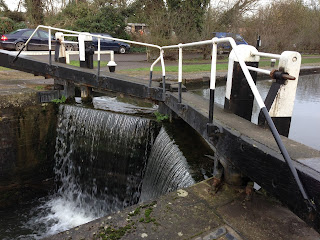 Springwell Lock was such fun!
The towpath past the moored boats was sodden by the overflowing canal and I arrived to see the water pouring over the top gates. Consequently I couldn’t budge the balance beam one inch to open the gate so I walked to the other side of the lock and saw that the water was also pouring over the bottom gates too.  I tried the opposite gate but  that wouldn’t move either.  I rang George to ask him to pull over above the lock as I needed him to help with the gates, he told me that the water in the pound between Stockers and Springwell locks was very low 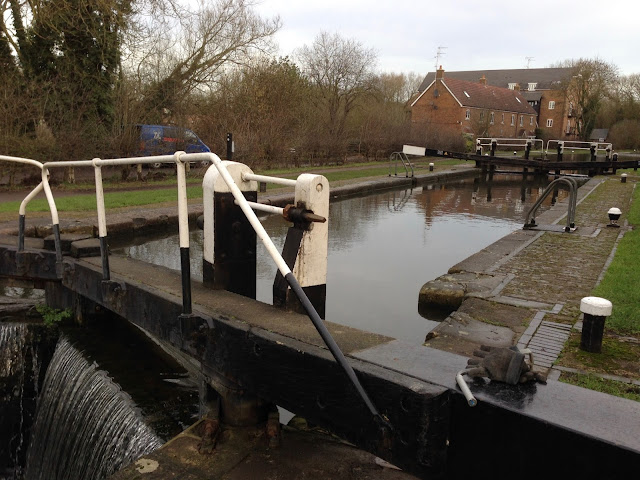 … and this was the reason why! 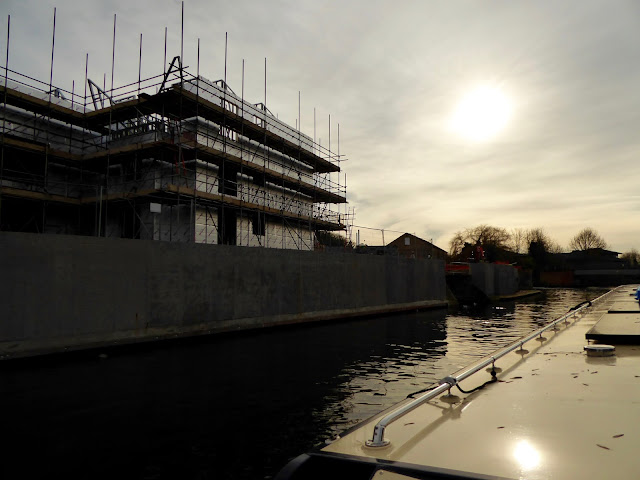 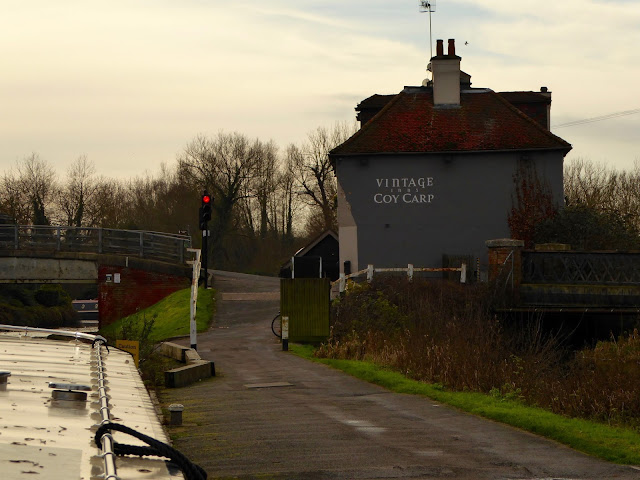 We pulled over to the water point after dropping down Copper Mill Lock in sight of the Coy Carp pub. Another building has appeared on the off-side as well as a huge wall and I wondered how long it would take for a boat to be moored there.  Whilst the water tank filled we spent a very pleasant 45-minutes sitting on the back deck with a cuppa; the temperature on the roof was 18 degrees and there was 16 amps going into the batteries from the solar panels.  George was well chuffed!  The wind started to build up as we waited there and we were glad that we’d not got much further to go as our plan was to moor a couple of hundred yards past the pub. 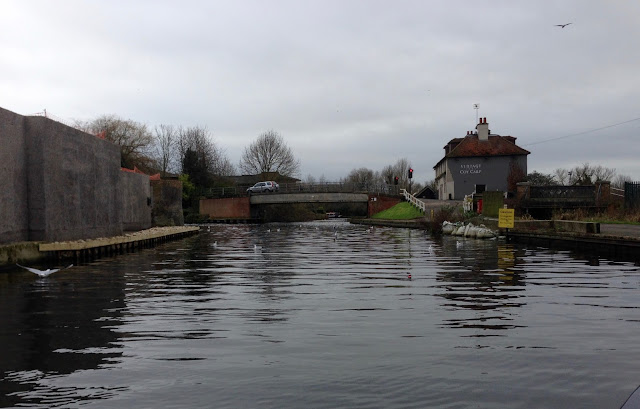 But before that we have the rapids to contend with coming from the left before the bridge so I stayed in the bow (pointy end) to take some pictures as George gunned the revs to prevent us from crashing into the other side of the canal or indeed the bridge! 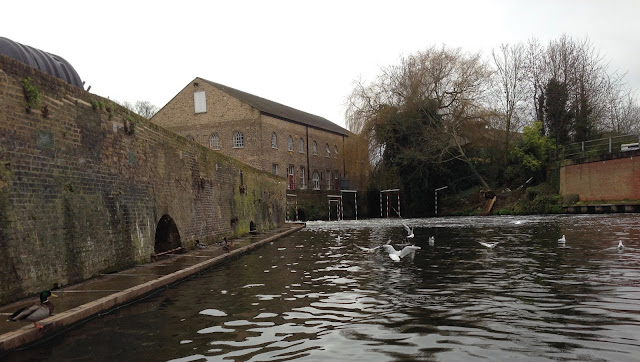 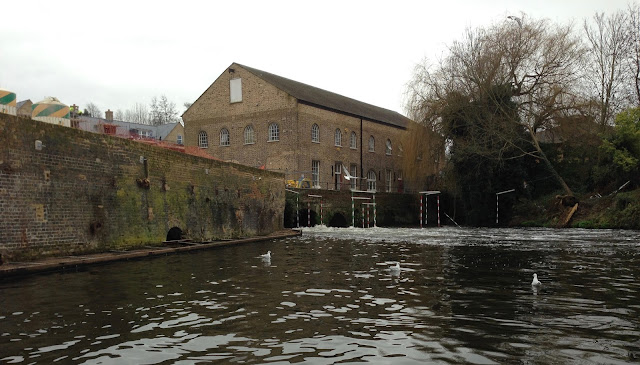 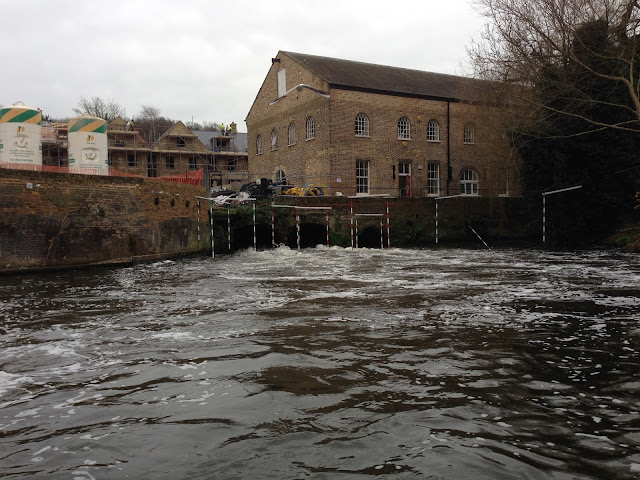 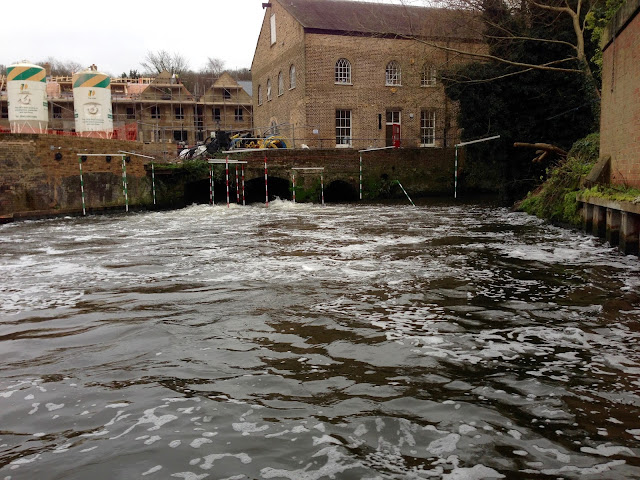 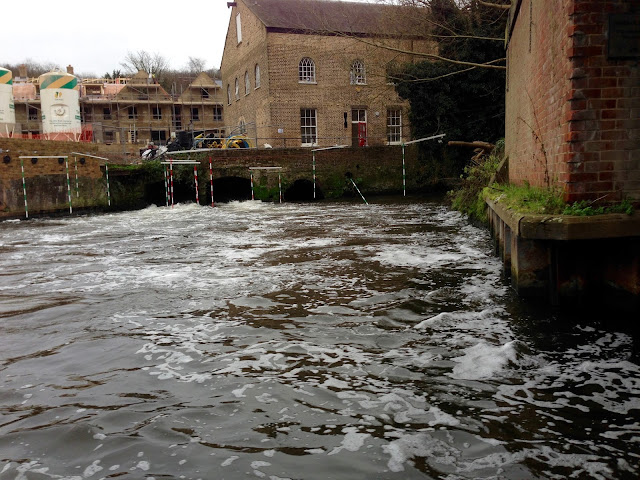 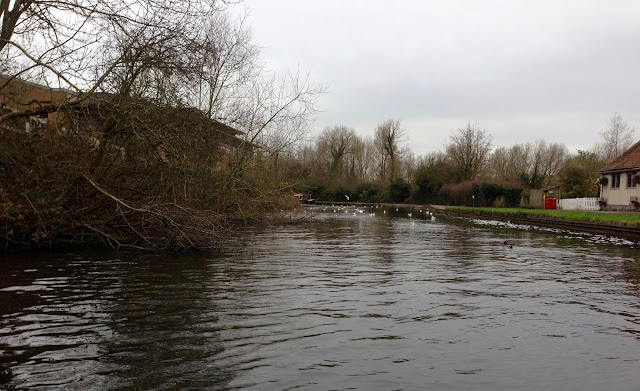 Phew, done it …  back onto calm waters! 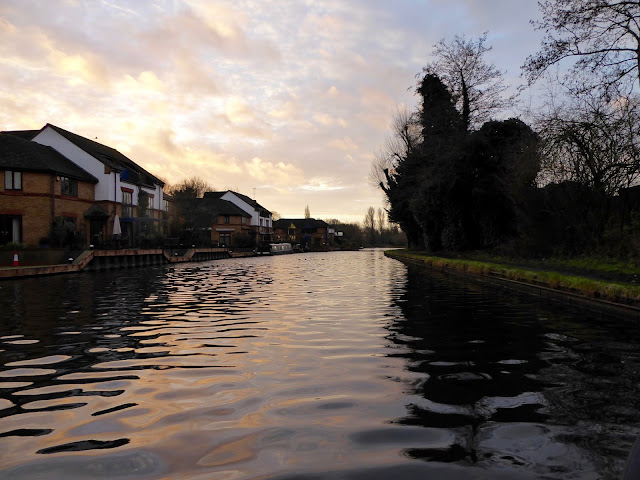 The view from the bow this morning as the winds from America start to hit Britain. The wind is currently blowing directly at the bow so Still Rockin’ is moving gently between the mooring ropes and not banging into the canalside every few minutes.

We hope that all our boating friends further north stay safe, warm and dry during these storms.
Posted by Carol at 11:53

Nice walk down Troy cut. Some old boats at the end.
Les

That water looks very uncomfortable! I couldn't quite see why the pound was so low, but then not knowing how things really work on the canals there makes me a bit clueless. Hope you are safe in the storms!

When the rain stops Les we’ll go see! Hope you are feeling better after your hospital stay and that Jaq’s physic goes well so that she can be home with you. Don’t either of you do more than is absolutely necessary. xx

Hi Vallypee, The lock gates are supposed to keep the water in the pound between them at a fairly constant level, but if the bottom gates leak badly the lock will always empty creating a higher level of water in the pound below than there should be. This excess water will then overflow onto the towpath and over the gates of the next lock down. In this instance because both top and bottom gates of Stockers Lock (the higher one) leak badly the water goes straight through that lock making the pound above it low because there’s nothing to stop it. Hope that makes it a bit clearer. Regards to you. Carol

Hi Carol & George
Lovely to hear from you on my little blog, not much to say these days, but I did drive down to Brighton yesterday, fabulous, there will be a photo of Marjorie parked on Maderia Drive posted soon. We keep an eye on your activities and always admire your great pictures. I assume Molly is well as you two seem to be and happily enjoying the ups and downs of locking. We do miss the tranquility of the canals, but not cruising at this time of year. Love Mac & Jacquie

Hi you two! Will look forward to seeing Marjorie in Brighton on your blog. We really like the winter cruising but we don’t do rain unless it’s really necessary. Wrapped up warm on the back, not much other traffic moving, best moorings nearly empty, and a nice cosy boat when we’ve cruised just a couple of miles. What’s not to enjoy! Take care of each other. x